How one couple found love, all because of a typo

When Katie Dupuis received a random friend request on MSN she impulsively hit “Accept.” Six years later, she was accepting a marriage proposal. 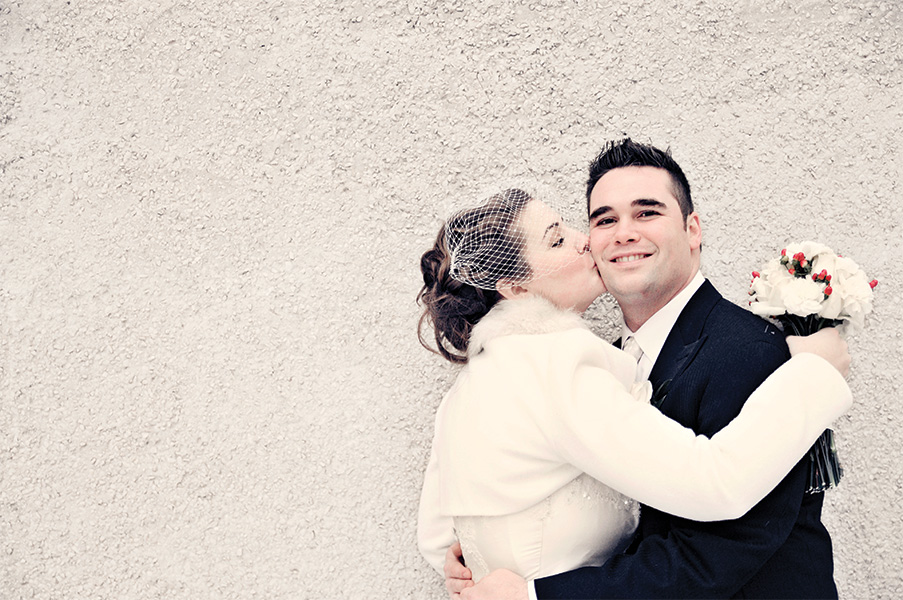 In old movies and screwball comedies, the “meet cute” is a pivotal plot point: Two people miss the same train, or they’re both eating alone in a restaurant, or they smack into each other on the street, belongings strewn everywhere. It’s this all-important character collision that sets up the rest of the romance. A love story is not a love story without it. (Imagine When Harry Met Sally without the cross-country road trip. See?)

For me, it all came down to a typo. It was December 2003, and I was pursuing a creative writing degree at the University of Windsor. As I was preparing to run out the door to my last exam of the semester, a bundle of nerves with my pockets full of pencils, the request box popped up on MSN Messenger. I didn’t recognize the email address or the name, and my brain was so full of Shakespeare that I left it unanswered.

I finished the test and returned to my residence, buoyed by the thought of the upcoming Christmas break. I sat down at my computer to change my MSN status: “Miss Katie all finished and leaving Windsor tomorrow.” Then I clicked “Accept” on the chat request. Worst-case scenario, I thought, I won’t know the requester, and I can just block them.

“No problem!” I wrote. “Happy holidays!”

“Wait. Before you delete me,” came the reply, “do you go to school in Windsor, or is it your hometown?”

“School,” I said, a little cautious about giving any real information to a stranger. “Why?”

“One of my buddies is in fourth year.” I didn’t expect to know him, but when the name appeared on the screen, I laughed out loud. I was a resident assistant, and his friend — a stereotypical class clown — was on staff in another dorm. I typed this.

He responded: “I’m going to a Christmas party with him in 15 minutes.”

“Tell him Katie says hi,” I replied, and signed off to join friends for dinner.

I found out years later that the party was really a bunch of guys playing video games, but I suppose that didn’t sound suave enough. After that initial chat, I learned that my mystery messenger’s name was Blaine, he went to university in Ottawa, and he hailed from a small town in northern Ontario. He’d been trying to add a colleague, but didn’t have the right numerals in the address. Instead of 01, he typed 00 and got me instead. We chatted online sporadically throughout the holiday season.

When I returned to school, the conversations got longer and deeper and graduated to the phone. We spent hours talking sports, politics and books (he claimed to like fiction, and I was wooed by the fact that he’d read Wuthering Heights — I eventually learned that he’d read it for school, hated it and would rather read biographies). We talked about our families, our friends and what we wanted to be when we grew up.

Nearly two months to the day of that first conversation — our technological “meet cute,” the Generation Y equivalent of dialling the wrong number — Blaine drove to Windsor under the guise of visiting our mutual friend (whom he had never come to see before). He did the drive in six hours, when it should have taken eight. He walked into the lobby of my building wearing a bright red sweater and the biggest smile I’ve ever seen, and when he hugged me, it felt like my heart was pounding right out of my chest.

Our first date lasted two weeks — his spring break and then mine. In that time, we had incredible conversations, went for long walks, made snow angels (admit it, Blaine) and saw movies that I don’t remember because I was so excited and nervous.

That was nine years, three cities, four apartments, three transatlantic trips, a wedding and a baby ago. All because of a typo. 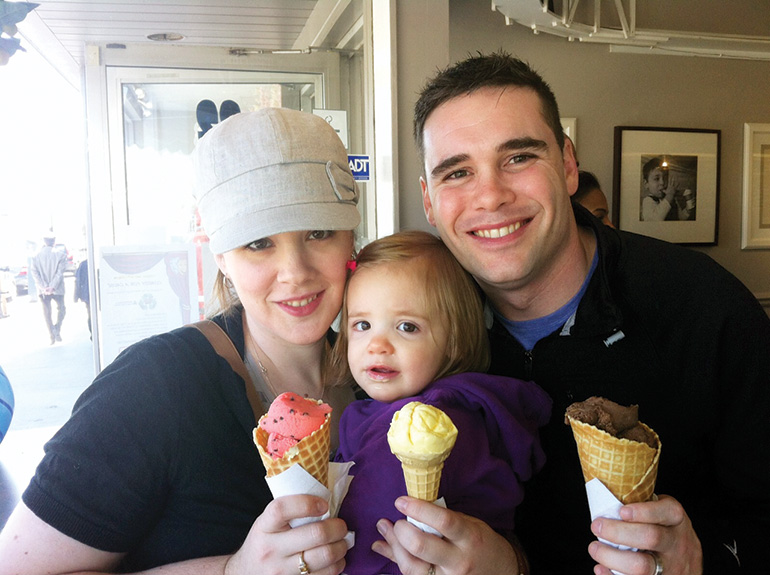 Life is sweet: Katie, Blaine and their daughter, Sophie