How yoga brought one family closer together

Little did Tyler Killick know that a back injury would lead to his family becoming yoga poster children. 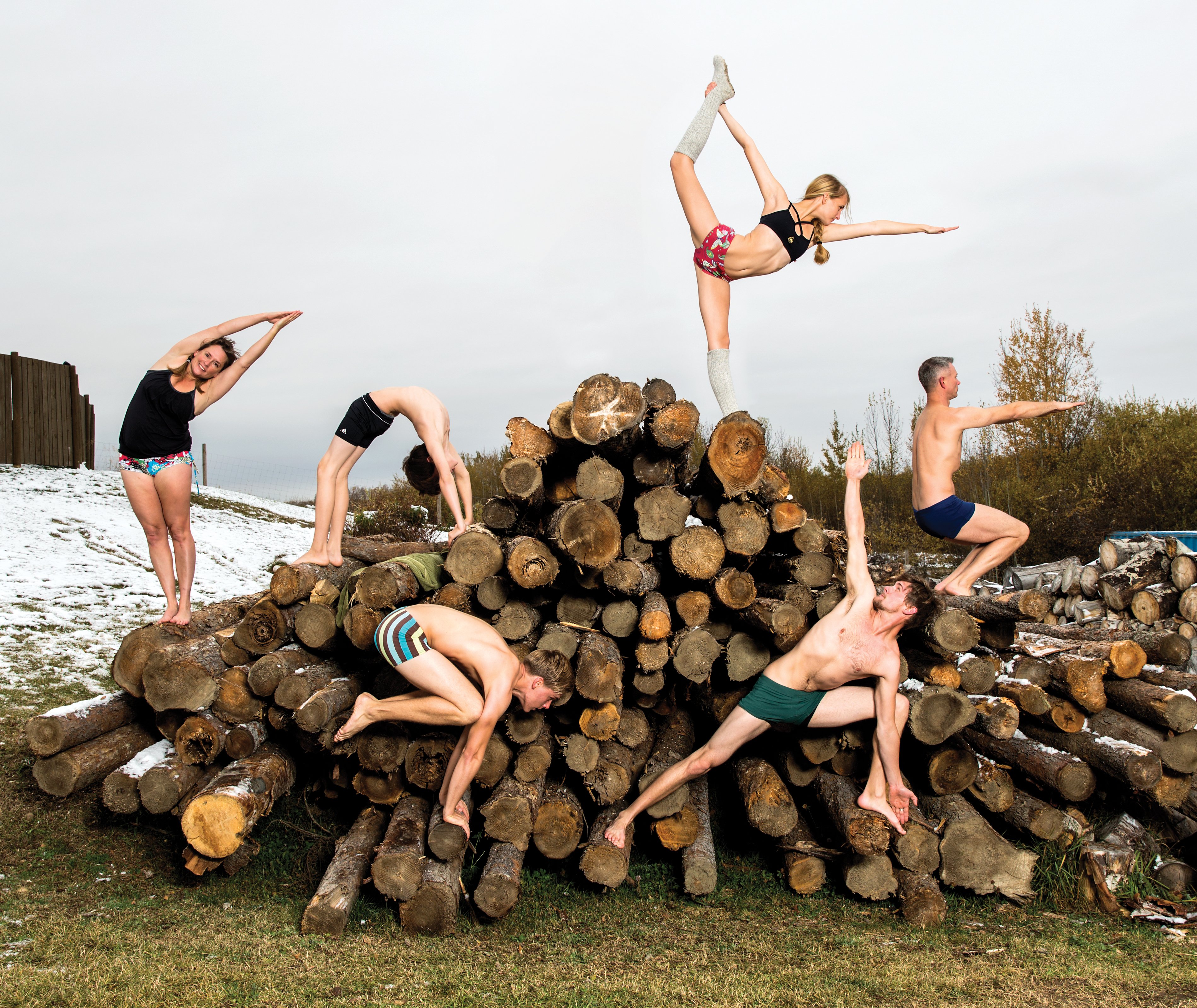 How did a low-key family of six living on a farm in rural Alberta end up on the cover of the New York Times Magazine? Yoga. When all four Killick kids—Von, 21; Gil, 17; Sami, 16; and Tobi, 14—went to the International Yoga Sport Championship in Los Angeles last June, a reporter took notice of the quirky clan. Their parents, Tyler and Glenna, began practising Bikram (hot) yoga three years ago when Tyler hurt his back, and the two tried a class on a rare date night. It wasn’t long before the kids joined in, enticed by the challenge of holding poses in a 40C room.

And they’ve been popping up in the news ever since. Glenna finds all the interest a bit bizarre. “We’re just a normal family,” she says.

Depends on your definition of normal. Not many families would move to a farm with no plumbing and bathe outdoors in a cow trough in -20C weather. But the Killicks came to look forward to evenings in their makeshift hot tub heated by a firepit underneath. “We actually miss it,” says Glenna. Since those days, they’ve built a house, started a vegetable garden and collected a menagerie.

Glenna credits yoga as the glue that helps keep them so close. While most families struggle to eat dinner together, this family can’t seem to get enough of each other: The children are home-schooled and all four kids play in a band. Glenna books the gigs.

Yoga gives them a unique kind of unity, Glenna says. “It would be difficult to play basketball with my kids, because we have different skill levels. With yoga, we can practise together even though we have different capabilities.” Glenna appreciates the intense nature of Bikram, which is both literally and figuratively stripped down. “When I step into the yoga room, it reminds me to accept those things I can’t change and to accept myself at any age.” But she doesn’t seem all that fussed about getting older. When asked her age, Glenna calls on her daughter, Sami, to remind her. “I was born in ’69, so…”

Practise more yoga at home with your own family. Try these nine poses from celebrity fitness icon Trish Stratus!