I Ran Away To A Buddhist Monastery

How a woman from Scarborough, Ont. made a life-changing decision in 2007 to begin practicing Buddhism and meditation. 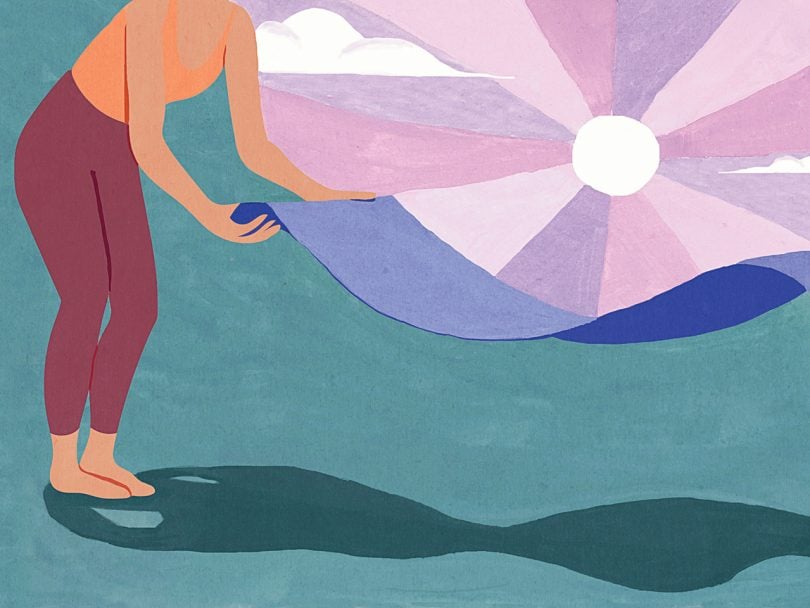 I’ve always had a tendency to get caught up in things. I took singing lessons as a teen, and my teacher and I really hit it off, so I studied classical music at university. I accidentally landed a job in advertising right out of school and I threw myself into that—I was working so hard I had to remind myself that no one was going to die if I didn’t get a Cascade ad into a newspaper. I went into arts fundraising, and then I was sick of being broke, so I went back to advertising. I’m always kind of starting over.

I didn’t intend to jump into Buddhism. But when I broke my arm badly in a cycling accident and went to see an acupuncturist, he kept saying my health would be better if I meditated. I’d be argumentative and say it was bullshit, and he’d just laugh with delight. That caught my attention: In the Anglican church I was used to, it’s not okay to disagree.

I went to the meditation centre he belonged to and felt a connection right away. I liked how meditation clears away obstructions so you have more direct contact with your own wisdom. I loved the idea of inherent goodness in every being, which brought me to Buddhism. I could be severe with people; I wasn’t great at fitting in and I had a lot of anger.

I once got out of my car at a red light and wrote “Learn to drive” on someone’s rear window because they’d cut me off. I wanted to dial that back.

I was meditating and studying a lot, trying to do volunteer work and contribute financially to Buddhism. I’d broken up with my girlfriend of four years and was really sad about it, so I decided to take a break from dating for a year just to let myself process it. I didn’t want to be this tiny little person worried about her next paycheque and her next orgasm. I wanted to play more and more with renunciating the traditional trappings of life.

So I went to India, where my teacher was associated with a monastery and a retreat centre. It was exciting and disorienting. That first time I spent six weeks there, cooking, cleaning and doing my daily practice and my morning and evening prayers. When you’re trying to use meditation to learn how to operate in the world, it’s easy to think, “Oh my God, I’m just hopeless.” One time I was with one of my favourite nuns, and I said, “I can’t believe I keep making these mistakes.” She said, “That’s the point—you can’t be perfect.” I wasn’t great at accepting that. A lot of time, teachers will talk about a feeling of groundlessness, a sort of uncertainty or insecurity. As unnerving as that is, it really helps one see oneself in moments of difficulty—how you react, how it feels to react that way, how you hope to do better next time. I realized that when you let go of certain things, the world opens up. There’s a wider perspective—an opening of the heart.

I started visiting India on a regular basis, spending anywhere between five and nine months there. I had hoped to live that way for good: I was working freelance, and it was pretty easy to survive on a lot less money. But my mom became ill with pancreatic cancer in 2012, and I returned home. I had a pretty traumatic childhood, but I was able to drop a very long and sad storyline and make the rest of her short life good. For the five weeks before she died, my stepfather let me stay in the house. He wanted to start a fight every time my mom took a turn, but I never engaged. I don’t think I’d have been able to do that without the training I had.

I have more awareness now of who I am in the world and who I want to be. I remember getting off the phone with my best friend after an argument, and I noticed I was already weaving a story to make myself feel better and less to blame. I told myself, “Hold on a second, that’s not what happened—don’t do that.” It’s a relief not to go there and instead own up to my share of what happened. I’ve been work- ing on my aggression. I even drive more slowly now. And I flip the bird way less.