Into the storm of dementia

Our second-place Write for Chatelaine Contest winner, Myrna Dey, grapples with her husband's descent into dementia, and builds a new reality for both of them. 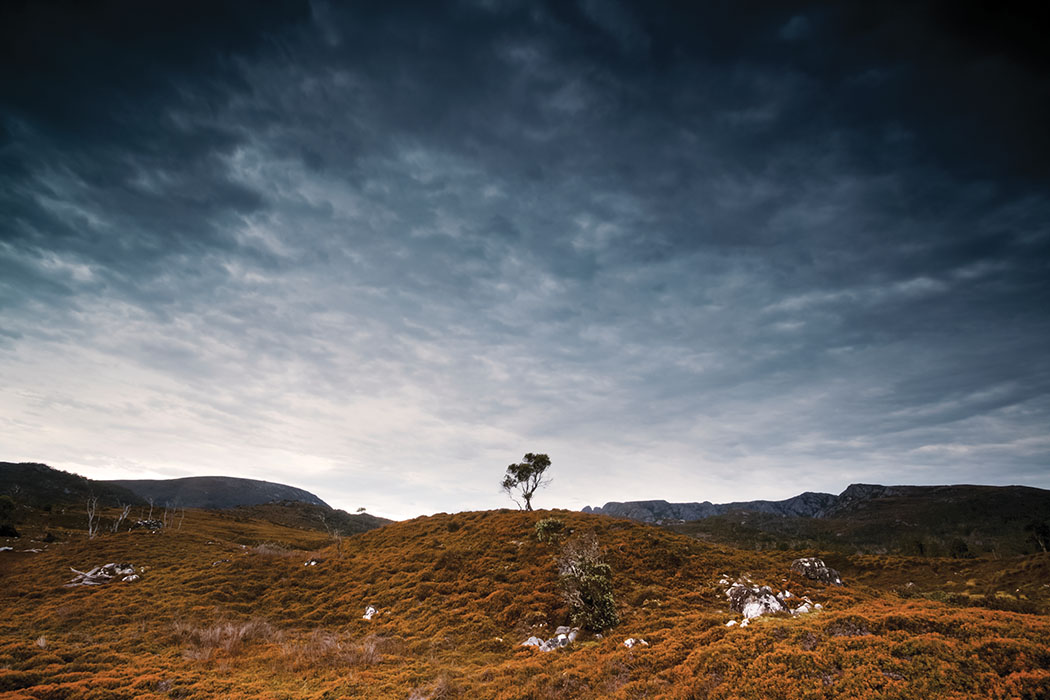 No one really knows how it starts. And the end varies from brain to brain. I suspect it begins like a breeze but picks up more currents until it becomes a gale, a storm and finally a hurricane or tornado, ravaging a landscape that’s taken a lifetime to establish.

Like those other destructive forces of nature, it goes by different names: Lewy body, Alzheimer’s, vascular, fronto-lobar, each placed on the grand scale of dementia. I cannot pinpoint its origins in my husband, Cedric, since I was not on the lookout for them. Misplacing sunglasses seems too mundane. And wives commonly complain that their husbands don’t listen. Asking me to repeat answers was a tedious part of an otherwise functional retirement. The change in his reading and TV habits was more obvious. Books had always absorbed Cedric, until he began discarding them after two pages, claiming the story took too long to develop. One day he couldn’t be bothered to turn on the NFL games he never missed. His passion for golf, as a player and spectator, was the last to go. Even after he could recognize only Tiger Woods, the Golf Channel was always on in our bedroom.

Then in April 2010, during a stopover in Barbados on our way to Guyana — Cedric’s homeland and the birthplace of two of our three daughters — he suddenly asked what time we’d be in Toronto. He drew a complete blank on Guyana until we landed there. I just attributed the lapse to jet lag because it turned out to be a splendid holiday, with a visit to the island of Wakenaam, where he was born and his parents are buried.

But steadily, the storm was gathering strength. Intellect and ambition were being sucked out of Cedric. These were the qualities that had brought him to the U.S. from Guyana in the ’50s and carried him through a bachelor of science, a doctorate in dentistry and 37 years of practising in Canada and Guyana. His graceful steps, which had carried less sound on the stairs than our cat, became a shuffle.

His depth perception suffered: He hovered and wiggled above a chair for longer and longer, before cautiously lowering himself onto it. Months later, he moved around the bedroom, hanging on to surfaces, for hours, because he was anxious about sitting down. I had the option — and often the temptation — to push his shoulders the few inches down onto the chair, but I’d learned from experience not to wound his pride. During this period he fell a lot: out of bed, from a chair, tripping.

A classic symptom of dementia also appeared. He believed the people on TV were coming into the bedroom. Golf coverage kept the players at a safe distance, but if someone stepped toward the camera, he told me, “You talk to him. I don’t feel like it right now.”

On Christmas 2012, when Cedric called to show me the man in the mirrored closet doors, I thought he was joking, but it was the beginning of a real world in his mind. The reflections became friends or intruders. He developed a camaraderie with the one in the small bathroom mirror: obliging his requests to be shaved; regretful he didn’t talk. The others were part of a colony who were cooking and living in the house without our permission. He threatened one for trying to dress like him and take over his home. The imposter threatened back. I covered all our mirrors with paper, trusting Cedric would forget their existence, which he did, though he spotted a few of the men later in stores and public washrooms.

Only those of us who knew Cedric could appreciate the magnitude of his transformation. Charming and cosmopolitan, he was also intolerant of substandard — or even standard — behaviour. Cedric expected superior. Sucking his teeth, a Guyanese gesture of scorn, had been a common habit; naïveté had not. But this was what his personality became. His formidable social skills allowed him to converse with the growing number of people he no longer remembered, though he still knew our three daughters and their families. Until, at last, he didn’t. Again, I thought he was joking in the summer of 2013, when he said of our son-in-law, “I think he’s married to a Dey girl. I wonder who her father is.” He continued to feel at home in our daughters’ presence, but any reference to them by name or photos was lost.

Through the fall of 2013 and the brutal prairie winter of 2014, we held our own, though he was becoming feebler. Getting him into the shower was a danse macabre. It was remarkable that he never slipped or injured himself in any of his falls, and that he continued to navigate our steep stairs twice daily for meals. His legs still served him well.

Despite the struggles, there were many tender moments in the home that we had shared for 38 years. He thanked me for everything I did, from peeling his egg to holding him when he felt sad and confused. Together in front of the TV, me knitting, him sitting — when he did manage to sit — and dozing, I could almost believe we had reached a state that would last indefinitely.

But whether it was a cumulative effect of his falls or a progression of the dementia itself, a seismic fear of falling took over Cedric’s mind and body in the middle of March. As he fought my assistance with every shift of location, I was fighting the inevitable with equal irrationality. One morning our daughter and I found him lying flat in bed, pulling at his fingers. He winced in fear at the slightest pressure on the mattress. He was muttering, as if in a delirium. He couldn’t move. I called an ambulance.

When we left him after two hours at the hospital, we felt relieved. He was calm, on an intravenous, and we no longer had the insurmountable chaos at home. It seemed a respite. But after our daughter went home, it hit me that Cedric had indeed vanished. As with death, just traces of him were left behind: his fingerprints on the window where he stood looking at the snowy backyard; the housecoat he wore when he believed he was being watched from the bathroom mirror.

While I slept in our warm bed, he was in captivity with strangers. At the hospital, I closed my ears to Cedric’s shouts and threats when the blue-gloved team of four went in with a lift to help with his personal care. They were astonished by his strength for someone of his age, size and disabled state. I wasn’t. I knew the stubborn independence that had kept him free of doctors all his life. His instincts were fighting an assault he didn’t understand. He kicked, punched, swore and threatened to call the police. Doctors labelled him aggressive, but our daughter corrected it to defensive. Left alone, Cedric was serene, as he had been at home. Drugs helped him through his necessary procedures. Leaving the room helped me.

After 10 days, a room became available in the attached nursing home. This was where, over the years, we had shuddered during visits to ailing friends. The place of no return. I am endlessly grateful that our three daughters helped with the transition, to say nothing of the priceless friends on call day and night during the months leading up to it.

Imperceptibly, the old reality has given way to a new one. The nursing home in Kamsack, Sask., is not a gloomy place. It’s a pleasant facility with a large solarium and wide corridors. It’s three minutes by car (or 15 on foot) from our house. Cedric’s room is bright, with a view of a tree-lined street. The staff are kind and cheerful, and though Cedric is still fearful, he’s more compliant and often thanks them for their help.

We have a reunion twice a day, when I feed him lunch and supper. He spends his days in a wheeled geriatric recliner and his nights, immobile, in a railed bed. In both places, he wears one of his trademark flat caps. His eyes are often closed, even while eating or speaking. He asks how I know where to find him. He asks if we live here now. I tell him we do, because it’s true. The nursing home has become my community as much as his. I’m comfortable there, being with him, but also sharing in the lives of the staff and residents. A few of the 62 tenants are fully cognizant, with physical disabilities, and I have a rapport with many others.

Disconnected from the past and future and left in a blurry present, Cedric speaks in the third person, using “she” and “he” rather than “you” and “I,” as if he’s watching us on a screen. I try for some disconnection, too: If empathy is identification, I must resist. I must not project my own sensitivity to the horror of Cedric’s isolation, but instead accept dementia’s ugly power to erase the awareness in him. And I must trust our enduring power to greet and touch and protect each other. As we always have.

In July, we announced our Write for Chatelaine Contest and were overwhelmed by the response: More than 700 true-life stories poured in. “Into the Storm” is our second-place winner; look for the first-place essay in the March issue of Chatelaine.