How this generation of seniors are debunking age-old stereotypes

Elderly people get a bad rap — but these groovy grannies are showing what it's like to be hip in their 70s, 80s and 90s. 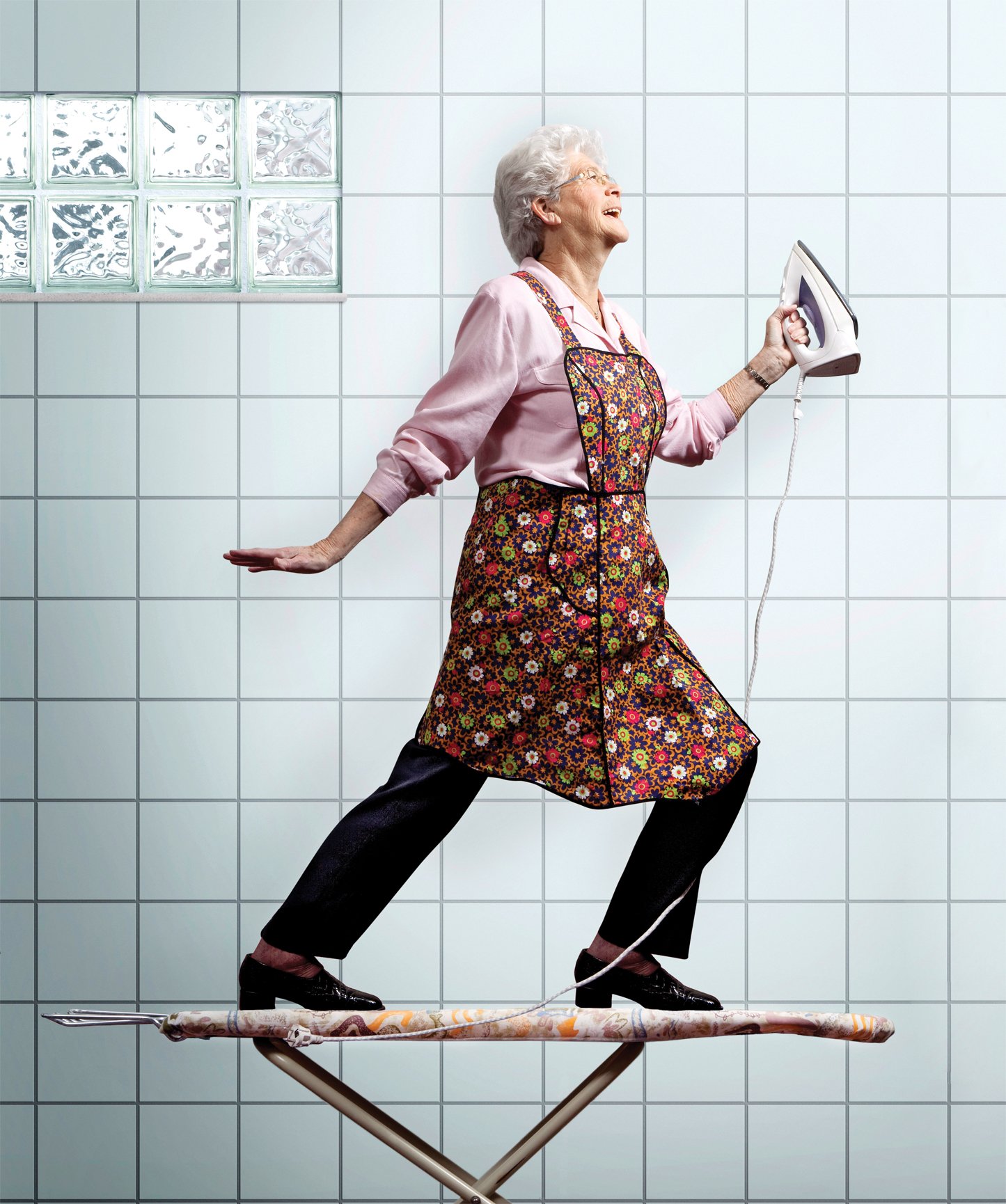 In a world that’s obsessively youth focused, it seems we’re having a senior moment. From fashion to art, the blue rinse brigade is taking over.

If you were in Montreal last summer, you might have noticed an elderly person sitting on a chair affixed to the side of a building 20 feet above the ground, doing mundane activities like folding laundry or reading the paper. Seniors were on display as part of artist-choreographer Angie Hiesl’s performance piece Old Masters. Hiesl’s goal was to make people stop, look up and literally appreciate the elderly as works of art. 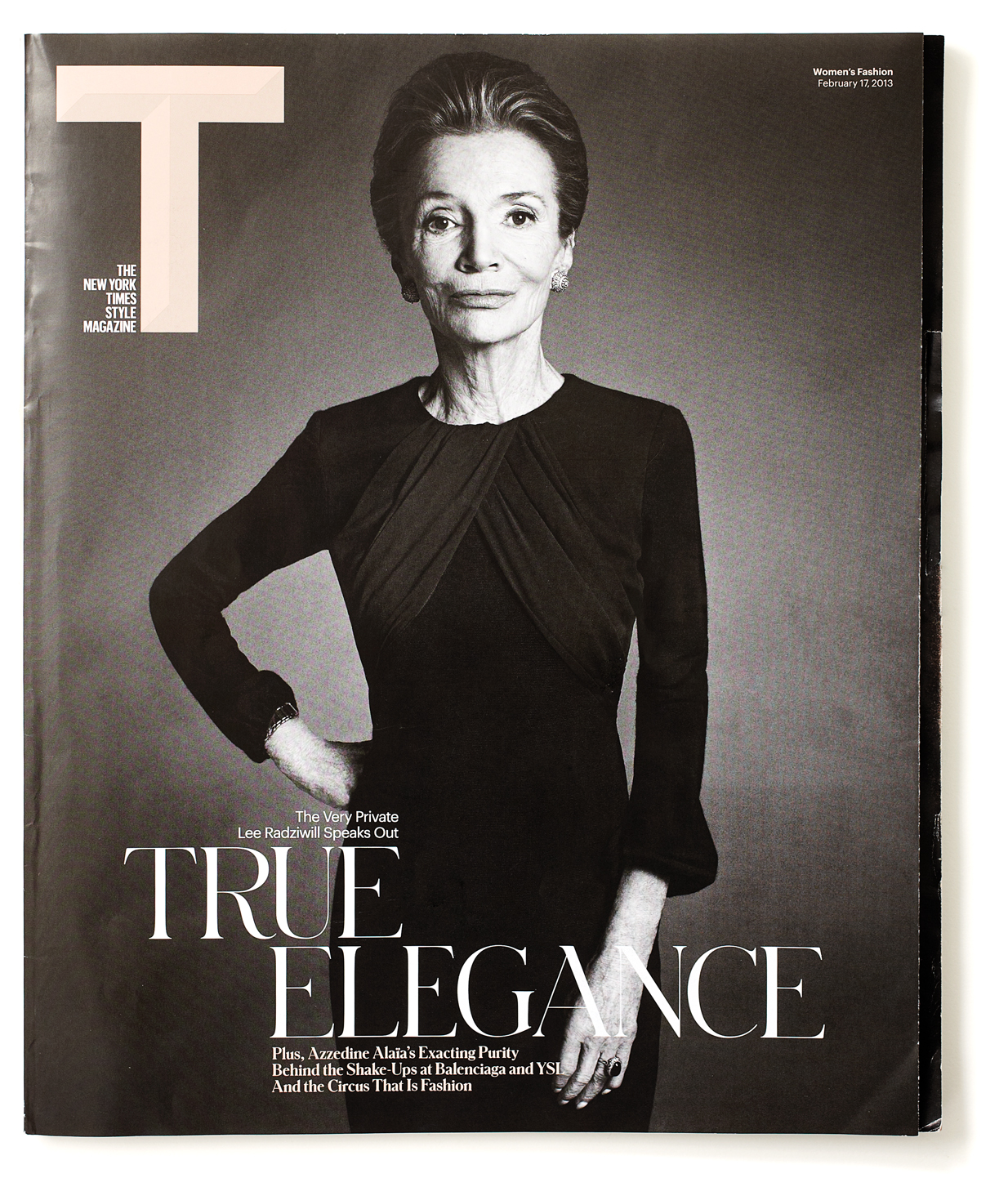 Then there’s “Cool Grannies,” a photo series showing conservatively dressed older women posed as surfers, skateboarders, DJs and graffiti artists.“They turned out to be the most successful series of photographs I’ve ever made,” says the Netherlands-based artist Marieke van Grinsven. “The old ladies had a marvellous time, and the photos make people smile all over the world.”

And of course, there’s Advanced Style, an ode to impossibly chic women in their 70s, 80s and 90s, which has bumped the Sartorialist aside as the blog of the moment. Its founder, Ari Seth Cohen, started snapping older women he saw in New York almost five years ago, because he was bowled over by their style. 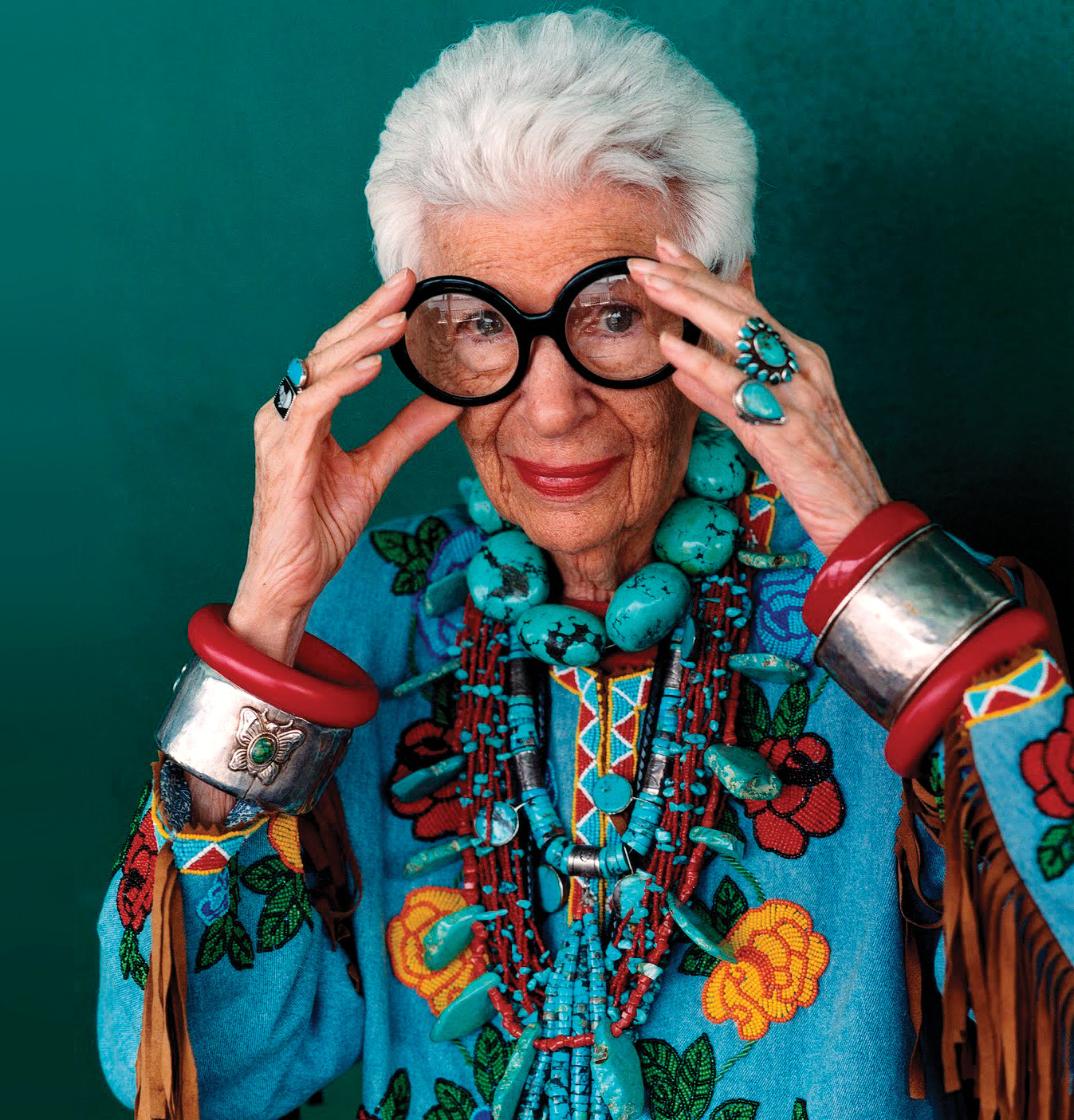 One such woman happens to be 91-year-old Iris Apfel, who calls herself a “geriatric starlet” and is known for her huge signature glasses, collection of fur scarves and bangles. She worked as a textile designer for the White House and has always been obsessed with colour. (So much so that M.A.C asked her to collaborate on creating a makeup line last year.) In an interview on the Today show with Matt Lauer last fall, Apfel said, “Many poor ladies out there think that after a certain age they have to roll up and die or look like they’re wearing widow’s weeds....Life is very grey, and I think when you dress up, you feel happy.” We couldn’t agree more. 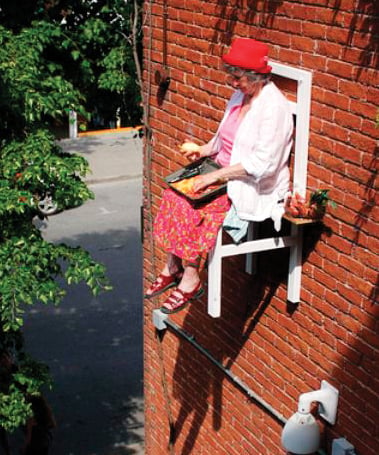 Another of Cohen’s favourite subjects is artist and cabaret performer Ilona Smithkin, 91, who makes her own false eyelashes from bright orange feathers. It wasn’t just Cohen who fell in love with his theatrical subjects: He and his muses have scored a book deal, as well as a documentary that will hit the filmfest circuit this year.

While becoming a star might get the most media play (case in point, Amour‘s Emmanuelle Riva, who was nominated for her first Oscar at 86), the 60-plus set are working hard to support global charity campaigns and communities, too. Grandmothers to Grandmothers is a Canadian charity created by philanthropist Stephen Lewis’ daughter Ilana Landsberg-Lewis, who recognized grandmothers as a powerful global resource. So far the Canadian grannies have raised over $16.5 million in support of their African counterparts, who are parenting a generation orphaned by AIDS. Landsberg-Lewis was inspired by African grandmothers coming together to break the stigma around their adult children’s deaths from AIDS. “These women know that grandmotherhood isn’t a Norman Rockwell painting,” says Landsberg-Lewis. “They are vital and important people with a wealth of wisdom.”