Canadian teen Olivia Wise inspires others before dying of cancer

This Canadian teen found YouTube fame in the final stretch of her too-short life — and the world listened. 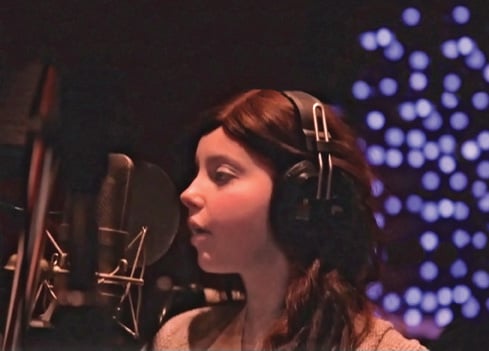 Close to a million people heard dying Toronto teen Olivia Wise’s version of Katy Perry’s “Roar.” Diagnosed with an aggressive brain cancer last year, Olivia became critically ill. But in September, from her wheelchair, she recorded the song that resonated with listeners around the world — eventually reaching Katy Perry herself.

Olivia’s cousin Jeff Kassell, who is friends with Canadian producer Jon Levine, got her the studio time. “I knew once I told him about Olivia he would make a recording happen,” says Jeff. “We recorded at the Orange Lounge because it’s a very comfortable studio with a great vibe.” Jeff recalls Olivia’s nervousness and how she struggled to make it through the entire song — a physical and emotional feat. Her mother and sister cheered her on from behind the glass. The end result is unforgettable; the way Olivia sang the lyrics brought a whole new meaning to them.

Originally posted for family and friends only, the video quickly went viral. Katy Perry responded with a recorded message to 16-year-old Olivia: “I love you; a lot of people love you, and that’s why your video got to me, and it moved everybody that saw it. I just wanted to send you some love and some light and tell you that I’m thinking about you. Keep roaring.”

Olivia was stunned. “It was something she hadn’t imagined in her wildest dreams,” says Jeff. After an overwhelming number of requests, her recording of “Roar” has just become available on iTunes, along with a song she wrote when she was 11 called “Simple Girl.”

Olivia died at home on Monday. “She died peacefully, surrounded by the extraordinary love of her family,” says Jeff. Olivia’s music has already generated more than $100,000 for the Liv Wise Fund, a charity for children with brain tumours. Click here to donate.