What it feels like to become the parent of your grandchild

At 61 years old, Betty Cornelius had to fight for custody of her son's daughter. Read her heartbreaking and courageous story. 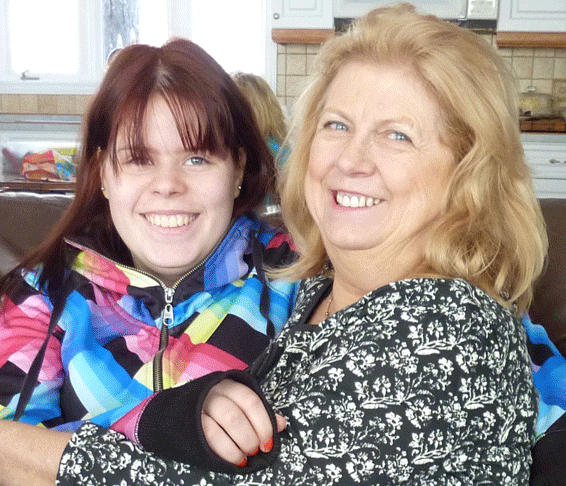 Betty with her granddaughter

Betty Cornelius, 61, became a parent all over again when her son and daughter-in-law lost custody of their newborn daughter, Asheleigh. Cornelius and several other grandparents in a similar situation are the subject of a new documentary, GrandParenting, by Canadian filmmaker Karen Shopsowitz. According to the 2011 Canadian census, there were 40,125 grandchildren aged under-18 who were living with a grandparent with no parent present in the household. This arrangement can put a huge strain on families, particularly on individual relationships and finances. Cornelius founded a group, CanGrands, as a support group for grandparents raising their grandchildren. Here, Betty explains what it feels like to parent her own granddaughter.

Three days after my granddaughter was born, the head nurse pulled me aside and told me that my son had been sneaking drugs into the hospital for his girlfriend. She told me that they called CAS (Children’s Aid Society). From the time my son and daughter-in-law announced she was pregnant, I knew I was going to have to be extra involved because of their drug use and drinking — but I never thought it would get to the point it did. At first, I took her 15 days a month and they had her the other half. But sometimes I would bring her back and they would be out partying and I would have to find a sitter. In the first three and a half years, she had her stomach pumped three times, was thrown across a room, and was locked in a closet. They were feeding her orange pop and changing her diaper every 12 hours. Finally, after a molestation, CAS stepped in and awarded me full custody.

My son and daughter-in-law initially fought for custody, and they won visitation rights if they showed up clean and sober. My son couldn’t do that. I told him not to bother coming back until he was clean — and that was 15 years ago. My daughter-in-law started visiting with every Tom, Dick and Harry. One day, when Asheleigh was five, I heard her mother tell her that the guy she had been dating for two weeks was going to be her new daddy. I fought in court, to the tune of $28,000, to petition to have her visit alone. She never showed up again. Five years ago, Asheleigh got a Facebook message from her mother that said: “Hello, I’m your biological mother. I’ve missed you and your beautiful green eyes every day for the last 10 years and my boyfriend really wants me to have a relationship with you.” Asheleigh was devastated. Her eyes are blue.

Initially, I felt a lot of resentment toward my son and daughter-in-law. At the time, I was single and had a great job in Toronto as a drug addiction counsellor. I really wanted to be the cool grandmother, the one who spoils the kid and then returns them. I have a beautiful Harley Davidson and I bought her a custom leather outfit — which is not something you can afford to do when you’re raising a child. All of the sudden, I realized that I don’t get to be grandma anymore; I have to start thinking about braces. When we started the custody battle, I needed so much time off work that I lost my job. We sold the house and moved to an unfinished cottage up north. I became a stay-at-home parent again. My granddaughter is now 20 and off to college, and we still have bills to pay. We may never catch up.

We need a lot of support that we’re not getting. Where the heck is the village? Where is the neighbour that sees the roof is leaking and offers to help, or offers to buy the skates we can’t afford for hockey. Grandparents are losing houses over this — and it’s not right. We didn’t give birth to these children; we stepped up to the plate. There have been a lot of challenges, and it’s not what I thought I would be doing, but she also keeps us young. And we’re the ones who get the love. When you give, you get.