Can a matchmaking site help you meet friends?

It’s hard to find new BFFs — so writer Marci O’Connor went on three "friend dates," meeting other women for ice cream, manicures and coffee. Then she rated the dates. 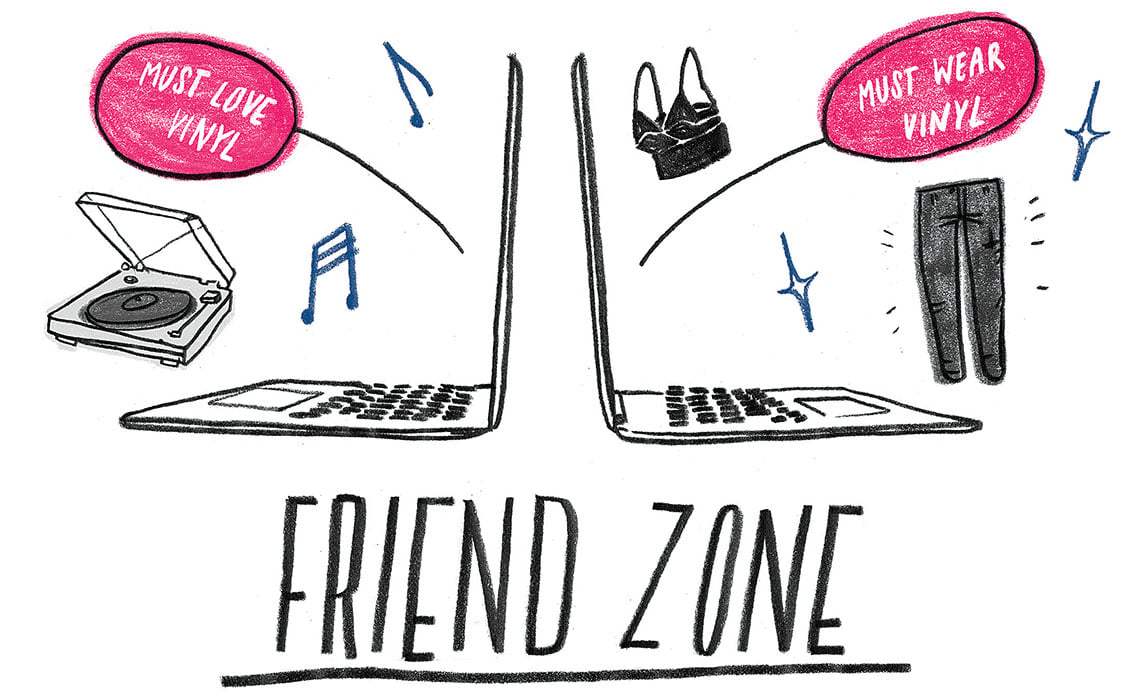 A few years ago, I was unceremoniously dumped by my best friend. I knew I had leaned too hard on her: I was still adjusting to a new town, with two young children and my new status as a stay-at-home mom, and I was feeling overwhelmed. We’d had an easy friendship for three years, but as my needs grew, I slowly — and regrettably — started taking her support for granted, and she pulled away. My husband was sympathetic, but he didn’t understand my fear that I’d blown the last best friendship I’d ever have. “There are so many people who’d love to spend time with you,” he offered. I countered, “They just haven’t come up with a reason to dump me yet.”

Forging friendships in my 40s has been hard. As we get older, our daily list of responsibilities and commitments increases, and while we busy ourselves managing work demands, family dynamics and a flooded basement, it’s common to let friendships fall away. According to one Dutch study from 2009, we actually shed half of our close social network every seven years.

It’s tricky to find places to meet new people and the time to let those friendships grow, and the idea of replenishing the pool can seem more daunting than it’s worth. (How do you ask someone out for dinner? Would I need to tell her why my last best friend didn’t work out?) So when I heard about a new Toronto-based service to pair up friends, created by 28-year-old Amy Wood, who also helps run a creative agency, I was ready to try it out.

Wood told me that when her romantic relationship ended last year, one of the toughest hits was to her speed-dial list — a large group of friends vanished in the aftermath. As Wood set out to widen her social circle, she kept hearing the same confession from women she knew: that making new friends was an intimidating prospect. Wood wanted to change that, so this past September she launched Yes New Friends, an online friend-matching service.

She wasn’t entirely prepared for what happened next. In the first 48 hours after Wood’s site went live, thousands visited it and many of those visitors signed up for her customized platonic friend-finding services. After just two months, she had already paired dozens of women, from a freelance illustrator in her early 20s to a librarian in her late 30s, with new pals.

Here’s how the site works. Applicants answer a few casual questions — what’s your ideal friend-date activity, what do you do for fun and money, describe yourself in a single GIF — and Wood reviews the responses. The profiles give her a starting point, but matching is a case of instinct more than algorithm. “I try to imagine these two people hanging out,” she says. “What would they talk about? What would they do?”

Wood looks beyond obvious commonalities like age and profession for something a bit more offbeat. Annie and Monique, for example, both seemed to be pretty no-nonsense girls, but none of their specific interests lined up. What they did have in common was unusual hobbies — one loved curling and the other was passionate about roller derby. “I took a chance on that one and it worked,” says Wood. “They totally hit it off.”

She accompanies her “You’ve been matched” emails with hangout tips and a lighthearted deadline — potential friends are encouraged to meet within 10 days of being set up. It results in a playfulness around the site, where taking part feels more like having a girlfriend introduce you to another woman over dinner. And since Wood is not seeking to commodify friendships, for now, Yes New Friends is free. “I see it as a personal project,” she says.

Like most millennials, Wood feels completely at home online and appreciates the web’s potential for connection. “Making friends on the internet is nothing new,” she says. “If you want to connect with like-minded knitters or photographers or fire spinners, Facebook can do that.” In the aftermath of my friendship breakup, though, what drew me to Wood’s site was that the initial online contact facilitates in-person meetings. I certainly have a number of “passive pals” lurking on my Facebook feed, the type who eagerly comment on my updates but make no real effort to get to know me better. Likes and faves do not a friendship make. I was ready to take this offline.

Besides, the benefits of intimate friendships are well established. “When women reach out to each other, their brain stems secrete oxytocin, which tamps down stress and anxiety,” saysDr. Susan Pinker, psychologist and author of The Village Effect. Healthy friendships also promote healthy lives, lowering our cholesterol, blood pressure and heart rates, while social isolation results in the same mortality risk as smoking 15 cigarettes a day. But if we want to reap those rewards, it’s important to actually get out there. As Pinker explains, “There is no app in the world that is as sharp as the human brain when assessing the qualities of the person standing in front of you.”

With that in mind, I checked my matches from Wood, dusted off my best (or, at least, corniest) conversational icebreakers and jumped straight into friend dating. 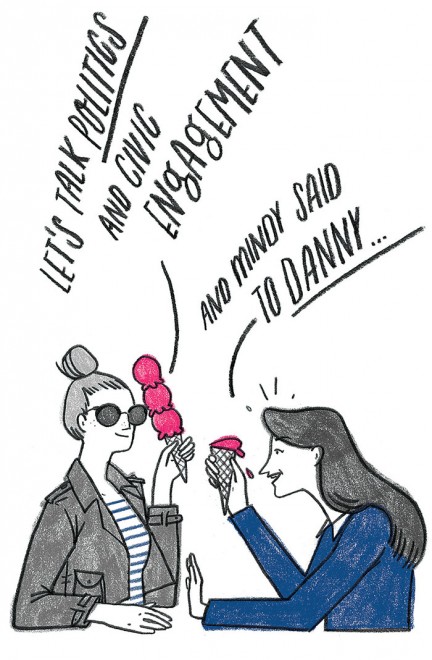 Danielle was already there when I arrived, and my initial take can be summed up in one word: relief. Her laid-back — and not at all weird or desperate — energy was the perfect balance to my slightly more frantic friend vibe. (I walked in terrified of being told I didn’t measure up platonically.) We decided on ice cream because we both figured that if it was an awful match, we’d have our go-to consolation food inhand. Happily, it wasn’t necessary.

We chatted easily about city living, social media and the difficulties of making new friends, andI forgot that this was supposed to be awkward. Danielle’s lifestyle is very similar to what mine was 15 years ago — no kids, boundless energy. I worried briefly about whether that would eventually catch up with us and limit our potential friendship.

I loved Danielle’s passion for politics and admired her need to get involved in community causes.I did have a minute of panic when I blurted outa line from The Mindy Project that seemed to sail over her (civic-minded) head, but we recovered nicely with a shared love of lip gloss. 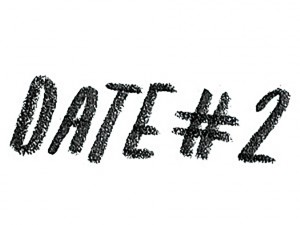 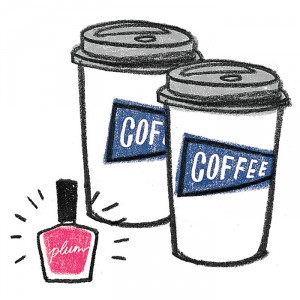 Hima had beat me to the salon and greeted mewith a warm hug, kryptonite to my first-date jitters. It took a few minutes for me to regulate my eye contact — Hima is gorgeous. But we quickly settled into what she called “the best chatty girl talk ever.”

Our indulgent midday mani started with a tripto the back of the salon to pick out our nail polish.I was secretly thrilled that we both gravitated toward the same plum hue — “Just like real friends,” I thought. And despite the fact we’d only just met, Hima and I went straight for the big topics: religion, mindfulness and our own brushes with the emotional brutality of friendship. The polish dried long before we ran out of stories to share, so we headed to a nearby café. It was only later that I realized we’d both simply assumed our date would keep going.

On my way to meet Hima, I put together a theory on what getting to first base with a friend wouldbe. I loved that Hima instantly recognized the silliness of it and went along with me. We agreed that first base is “friending” each other on Facebook, second base is landing a prime-time slot like Saturday night and third base is a long, intimate hangout on the couch, binge watching Netflix. A home run is a Vegas getaway together. 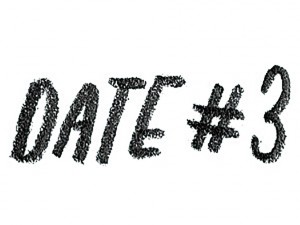 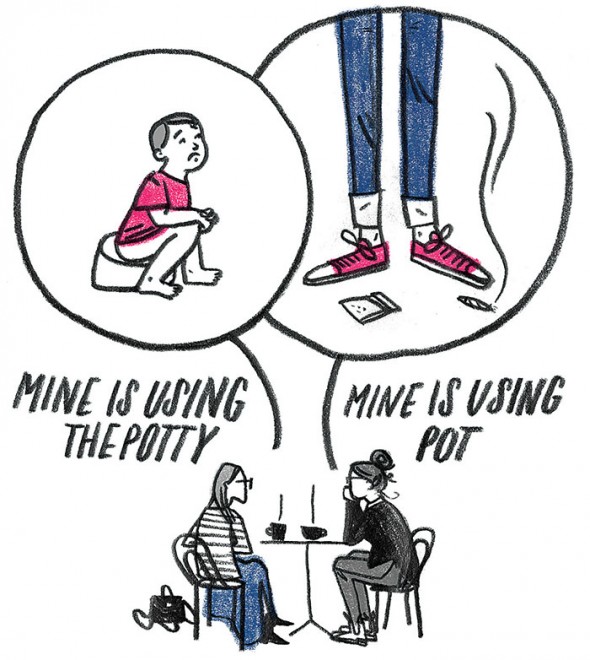 Not wanting to seem too keen, I made sure to show up late for my third date. Like me, though, Karen is “internet-savvy” (read: a Twitter addict), so whenI arrived, she was cheerfully tapping away on her phone. I sent out one last #HopeSheDoesntHateMe tweet and introduced myself.

We met at a posh bakery, the kind where you feel out of place if your stroller costs less than two months’ rent. And while Karen and I do have many things in common, it turns out strollers aren’tone of them: My kids have been out of diapers for a decade, and her first was due in weeks. But I was charmed by Karen’s quick smile and cute style. And she later confessed that I matched her type: “smart and liberal-artsy brown-haired girl who likes the Internet.”

Her pregnancy was part of why Karen signed up for Yes New Friends — she has tons of pals, but with mat leave looming, she’s worried about missing out on her day-to-day friendships and hopes to make more “mommy buddies.” I thoughtI was in the market for the exact opposite, but after meeting Karen, I’m not so sure. I did note that just when she’d start to fret about the potty-training stage with her baby, I’d be worrying about the pot stage with my teenagers. Still, we had a lovely time and our phones didn’t make an appearance until we took a quick selfie as we hugged goodbye. Hashtag: #happy.