Eyelash extensions: Are they really worth it?

Leslie Garrett was shocked to find herself seduced by the lure of fake eyelashes. 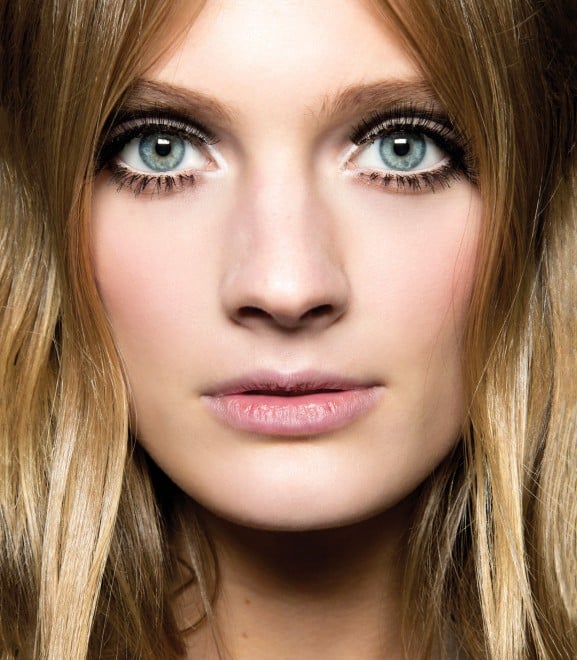 When I was eight, my grandmother complimented my long, beautiful lashes. At 16, I realized Grandma had just been trying to make me feel better: My lashes weren’t long, and they weren’t beautiful. No matter. A friend introduced me to an eyelash curler, and mascara and I never looked back.

Or rather, not until recently. I was getting a trim when I noticed my stylist Amy looked different. “New haircut?” I ventured. “Eyelash extensions,” she said, leaning in close so I could take a look at the thick fringe curling up toward her eyebrows. Eyelash extensions? Doesn’t that scream Kardashian-level vanity? High maintenance? Amy shrugged. “I love them. Best thing I’ve ever done.”

I studied myself in the mirror. I’m 49 and look even more tired than I feel. So I called the number Amy gave me and asked for an
appointment. When the day came, I met with Sue, whose business card read simply “Eyelashes.” She told me to lie back, and she turned on a light so bright it could have been used for surgery. “Short,” she said of my lashes, “but thicker than I’d expect with your fine hair.” And, she sighed, “very straight.” She decided to go for “number 9s and 10s.” I had no idea what that meant.

Sue explained that she was going to attach extensions to my existing lashes with surgical glue. About 40 per eye. I took a deep breath. I’d told no one, and to make the procedure untraceable, I’d squirrelled away $150 in cash to pay for the treatment. I closed my eyes and did some deep breathing.

While she taped my lower lashes down so they wouldn’t get stuck in the glue, I thought about some of the ways I’ve tried to enhance my looks over the years. I got highlights in my mid-20s, and a year after my first child was born, I had my navel pierced. At the time, a piercing seemed cool and rebellious. Extensions aren’t rebellious; they’re conformist. I’d sold out. Or bought in. I wondered, as the minutes dragged on, what on earth I was doing.

Finally, Sue was finished. I looked in the mirror. My lashes didn’t look a whole lot different. Fuller, yes. Curlier. And longer. But I decided, natural-ish.

A friend asked me point blank if I’d had extensions, while my husband seemed totally unaware. It wasn’t long before I began dreading the loss of each lash. I started avoiding sad movies because I was worried what tears would do. And I didn’t sleep well, preoccupied with ensuring the pillow didn’t rub off any of my expensive extensions. I began feeling as tired as I’d looked before I got them.

Sue had told me I’d likely need a “fill” after about four to six weeks. I was determined to eke out as much lash time as I could. I have to admit I was getting used to the minimal (or no) makeup routine — the biggest benefit of having eyes that already looked “done.”

But even before my six weeks was up, it was my 15-year-old daughter who cured me of my lash lust. Lamenting her own eyelashes – she inherited my husband’s even shorter ones — she suddenly informed me she wanted extensions.

I looked straight at her and saw only how beautiful she is, just as she is. Suddenly my obsession with my appearance seemed a little absurd. Even though I’ve managed to discard my belief that long lashes are synonymous with beauty, I do occasionally go back for a fill.

How to get long and pretty eyelashes