What I learned from my son Oliver's fight with cancer

Drew Graham shares the heart-wrenching, gutting experience of losing a child — and what this family tragedy taught him about life. 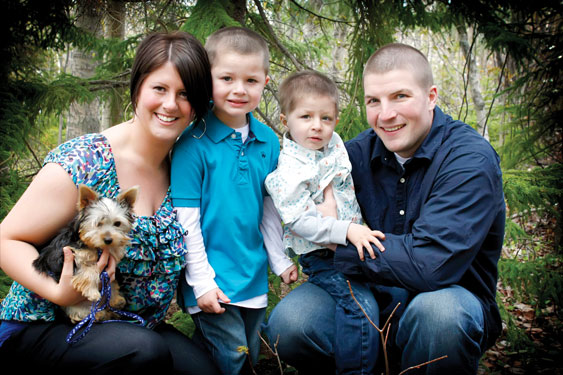 After the death of his younger son, Oliver, Drew Graham of Halifax wrote the following letter to express his gratitude to the strangers and friends who cared for his family through their ultimate heartbreak. There wasn’t a dry eye in the place when his words made their way through our office. We extend our deepest sympathies and thanks to Drew and his wife, Kaitlin, for allowing us to share his letter. We learned of Drew’s story from Ronald McDonald House, a charity that provides a home away from home for countless families while their sick children undergo hospital treatment. Learning more about Ronald McDonald House is also what motivated the Chatelaine team to make and serve a dinner for the families at our local RM House.

On June 5, 2010, at 11:58 p.m., my three-and-a-half-year-old son, Oliver, beat his cancer. Unfortunately, he had to sacrifice his life to do it. He was the bravest person I will ever know. Oliver’s two-year fight taught me I had my priorities wrong. Even before he got sick, I was missing my younger son’s life. Staying at Ronald McDonald House during Oliver’s treatment — with my wife, Kaitlin, and son Jax (15 months older than Oliver) — would later teach me I was also missing my older son’s.

When your child undergoes aggressive chemo, you treat him like a porcelain doll. Afraid of every cough or cold, always waiting for him to vomit or bleed — or for the worst to happen. But that never stopped Jax from spending days at the hospital playing whatever Oliver wanted to play. Jax wasn’t allowed to take part in any activities his brother couldn’t do. (Most of the time, Oliver couldn’t do much.) Oliver would sometimes hit or knock Jax, and that was no big deal. But if Jax so much as bumped Oliver or tripped over his medical lines, we disciplined him, fast. Treating the boys the same had to be a secondary concern at the hospital.

That all changed once 6:30 p.m. rolled around (Oli’s bedtime). As soon as we left, it was all about Jax. We’d race from fire hydrant to fire hydrant, sprinting to the big red door at Ronald McDonald House. Once we were inside, Jax would take off to the playroom, where other kids and volunteers entertained him. There, he wasn’t running too fast or playing too rough. He was just a kid being a kid. After playtime it was off to the tub and then to bed. Before the lights went out, we’d often watch cartoons on a portable DVD player. Jax would tell me about his favourite characters and what new toys he thought were cool. Lying on separate single beds or together on a double, I bonded with my son — I mean, really bonded with my son.

Some nights when he was asleep, I’d sneak out to the common room to watch hockey or the news, anything to take my mind off cancer. I’d meet other parents and we’d inevitably talk about why we were there. In these conversations I learned cancer wasn’t the only thing we were fighting. I learned that while I thought we were broke and had it tough, every family at the house had it tough. Some had other kids at home, eight to 10 hours away. Some had jobs that offered only unpaid leave, forcing them to stay at work or quit. No parent should be faced with the choice of leaving your dying child or losing the ability to support your family.

If not for Ronald McDonald House, these families, my family, would not have been together when we most needed to be. The house became an oasis for us, a place to play, where Jax didn’t have to curb his enthusiasm and I was just a regular parent. It allowed all of us to let off steam and make the most of what days we still had as a whole family.

To the staff and volunteers who make a habit of going above and beyond, thank you for turning Ronald McDonald House into a home. I’d especially like to thank Lisa Sampson and Linda Thibault for spoiling Jax and being an ear when I needed to speak, a shrink when I needed advice, a shoulder when I needed to cry, and a friend when I needed a hug. You are family.

On behalf of all my family, in the words of Oliver, “My love you, all my heart.” 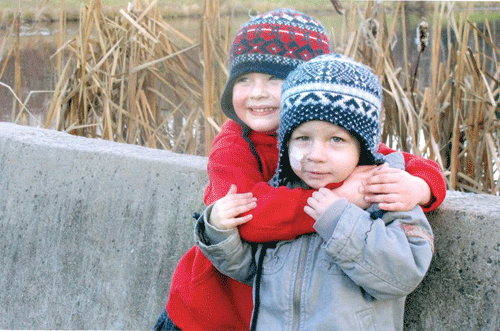 Jax gives Oliver hugs of support every step of the way