Do I look fat in this country? A look at beauty ideals in Korean culture 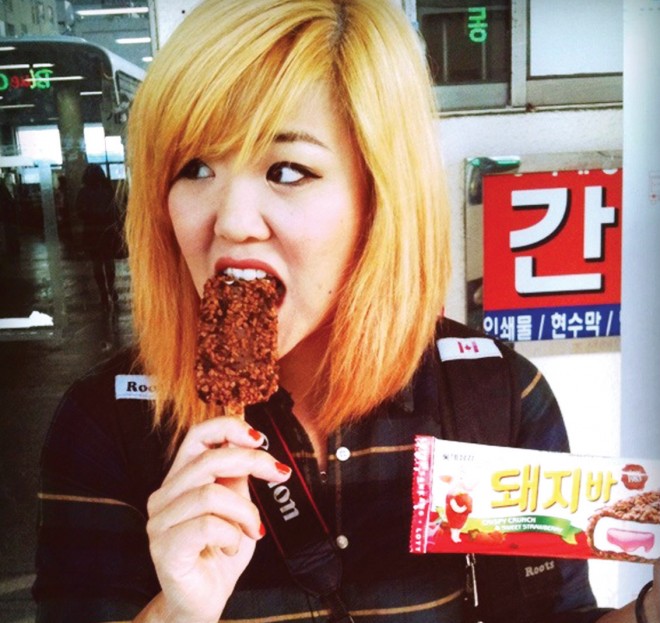 “Uh-oh,” I said to myself. “They’re totally going to know I ate McDonald’s before going to bed last night. Why’d I have to get the large fries? Why can’t I just eat salads like a normal person?”

I waited anxiously as my personal trainer, Hyuk, finished measuring my waist. My mother peered over his shoulder as he scribbled down my digits. When he finally dropped his pen, my mother darted her eyes back up and gave me a look that sent chills down my spine: the Korean Mother Death Glare.

I’ve fallen victim to the KMDG many times before. Last May, I flew to Seoul to be a teacher and ‘find myself.’ Unfortunately, all I found was $1.50 beers and $5 Korean barbecue plates. And as the waist size on my jeans grew, so did the number of KMDGs I had to endure. Whether I was out grabbing a snack from the local 7-Eleven or riding the subway to meet a friend south of the Han River, I was met with the scornful eye of many a middle-aged woman, judging me for my growing ddong-beh (pot-belly).

For those of you who are unaware, the standards of beauty in Korea differ greatly from those we hold in North America. Here, being physically attractive means working out to define the muscles in your body and eating a healthy, well-balanced diet: Anyone can be hot, whether a size 2 or a size 12. But in Korea, beauty for women means something else entirely. Koreans idealize something they call the S-line: slim waists paired with ample breasts and round buttocks. When I think of the S-line, I immediately think of the queen of curves: Beyoncé Knowles. But when I showed the music video for “Single Ladies (Put a Ring on It)” to one of my middle school classes, I was met with a roar of disagreement.

“Teacher, no!” the students shouted, slapping their thighs and pointing at the screen. “Fat! Fat!”

Apparently, Beyoncé looks great from the waist up, but her lower half is too big. My students prefer women who are a size 2 — think Christina Aguilera, from her “Genie in a Bottle” days.

“Teacher,” one student called out, “is everyone in America fat?” “No,” I corrected him, “not everyone. Most people are about my size.” “But Teacher,” he shouted, “you are fat!”

Those kinds of comments were a daily occurrence. For some unknown reason, Koreans hold themselves to a higher standard; while my foreign co-workers were not subject to the same scrutiny, I was considered ugly because of my western-sized frame. But instead of retreating into a corner, wallowing in self-pity, I fought their criticism with the only weapon they couldn’t question: humour. “What!” I retorted as I chased my students around, pressing my chin down to my neck as hard as I could. “You don’t like this?! You don’t think I’m pretty?!”

That is how I garnered the nickname “Ttuk-sal” (Chin Fat). For the record, I stand five feet four inches tall and weigh 138 pounds. I measure 38-28-38. I know I could shed a few pounds, but my current weight is not detrimental to my health. According to the BMI, I am within the normal range. According to Koreans — my mother, in particular — I am fat. That is why, after I returned home, my mother decided it was imperative that I “fix” myself.

“Oh my God,” my mother started, pointing at Hyuk’s chart with one hand and me with the other. “You have a problem. You must lose at least 30 pounds.” I bit my lip to stifle laughter.