When love unexpectedly finds you again. 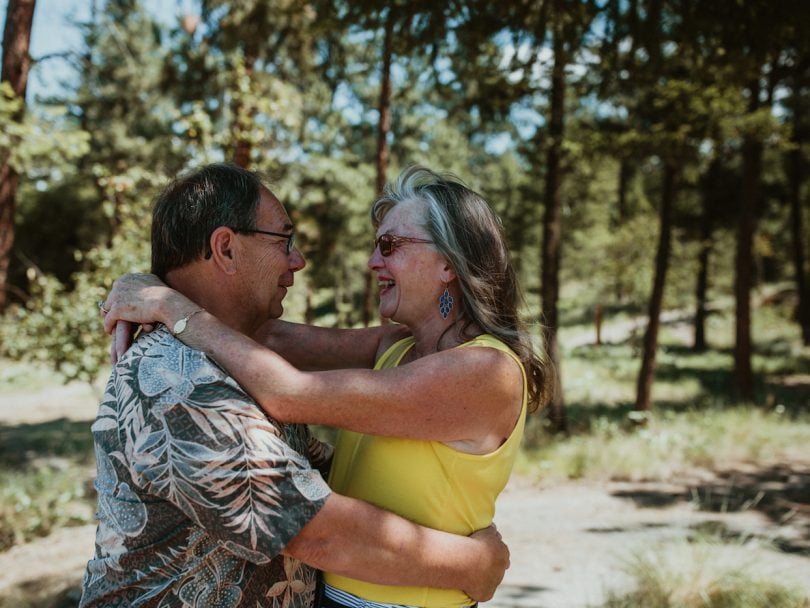 When I first interviewed Barbara Turner, the Kelowna native was struggling to balance her budget as new widow; I was a newlywed still wrapping my mind around the enormous finality of “till death do you part.” We were on either ends of the marital spectrum with little in common, I thought, until a few months later when she reached out to say her life had unfolded in a strange and wonderful way. So I re-interviewed her and Rick Schmidt for a much-needed lesson on love and marriage as a long, bumpy, nonlinear adventure that’s never over—and very much worth the ride.

Rick: I was on a little red motorcycle when all these girls came running over. She put her legs over the wheel and hopped onto my handlebars.

Barbara: I just can’t picture myself doing that. Not right away. I was very shy. I remember I was going to summer school that year and had to ride my bike up a steep hill to get home. Rick would always arrive at the right time to ride beside me on his motorcycle.

Rick: Then we started hanging out.

Barbara: I wouldn’t call it “dating;” things were so much different back then. We did date alone, but mostly we went on group dates at the drive-in movies with all our friends. I had to be home at 11, even when were engaged.

Rick: At Christmas, I handed her a ring and said, “Merry Christmas.” I was very shy. She says she was shy, but so was I. 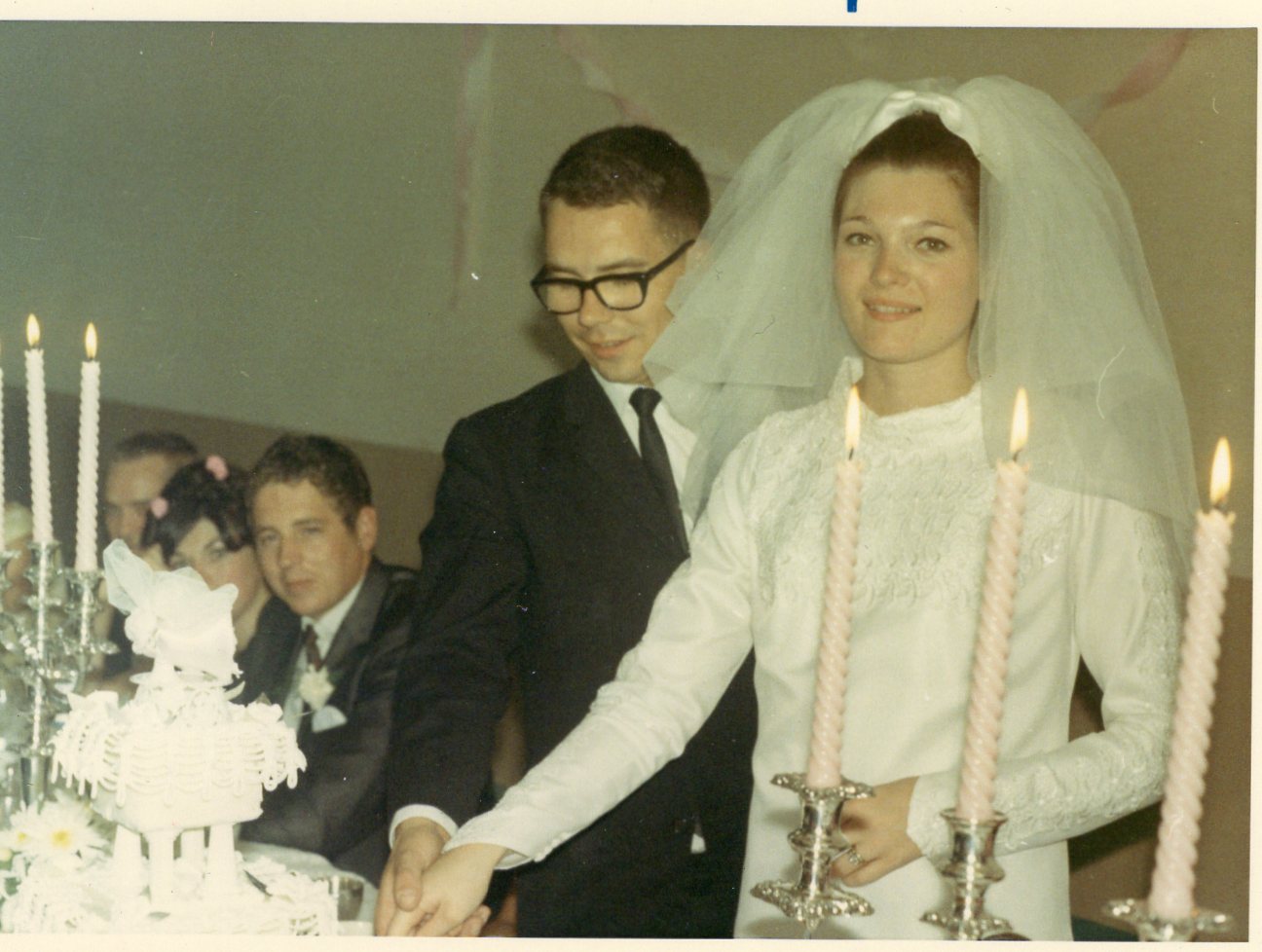 A shot from their first wedding. Photo, courtesy Barbara Turner.

In May 1969, after nearly three years of “dating” and an 18-month engagement, Barbara and Rick married in a Catholic church with three bridesmaids, a best man and groomsmen in front of 170 of their family and friends. Together they built a brand-new house in Kelowna to live happily ever after in.

Barbara: It was a huge three-bedroom house to fill with kids, but it didn’t happen. I couldn’t have biological kids, but I didn’t know it then. I had this illusion of me being a cutesy little housewife meeting my husband at the door with supper all ready. But I wanted to work too—I worked every day but Saturday, the only day we both had off.

Rick: I spent my days off having beers and playing pool with my friends. Saturdays sometimes too.

Barbara: Every Saturday! We never had time alone together. I grew very, very unhappy. Nowadays they say you have to work to keep your marriage together, but back then nobody told me that. I didn’t feel loved and Rick just wasn’t the kind to tell me.

Rick: One day she had packed her bags and said she was leaving. I was shocked. How could she not know how much I loved her?


In 1972, Rick and Barbara separated. She moved home for a few weeks and then to an apartment downtown—the first time in her life she’d lived alone. Since the house had too many memories, Rick rented it out and also moved—just down the street from Barbara. They continued to date on-and-off until 1974.

Rick: I started dating other girls but kept breaking up with them because I wasn’t happy without her.

Barbara: But he still didn’t tell me! Don’t feel sorry for him.

Rick: We were at a party one night and she decided she was going home, so we walked out to the car and she kissed me like I’d never been kissed before. I stood there on the steps and couldn’t figure out what the hell that was. Was it a goodbye kiss? A call-me-tomorrow kiss? I didn’t know and was scared to ask. Two nights later, I got back together with an ex-girlfriend.

Barbara: Even after we divorced, I hoped we might work out. Then I heard he was getting married. 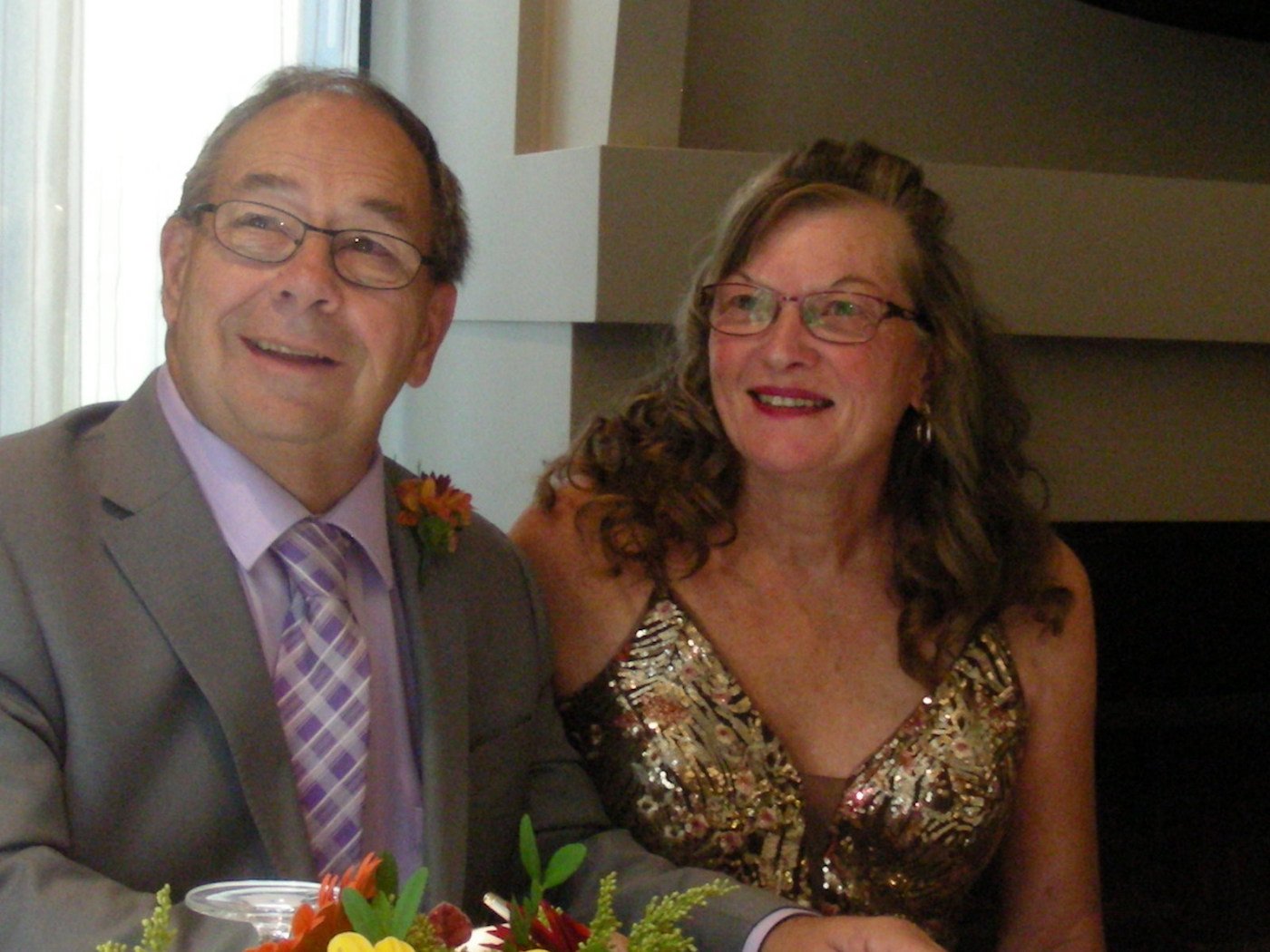 In 2018, Barbara and Rick got married for the second time. Photo, courtesy Barbara Turner.

Rick married Darlene in 1978 and had three children. Barbara married Terry and gained two teenage step-kids. On the rare occasion they’d see each other around town, they’d pretend they didn’t and go the other way. Rick was married for 37 years until Darlene got pancreatic cancer and died within five weeks. Terry was sick for many years and died on June 30, 2017.

Rick: I saw it in the paper. I felt so bad for her, my stomach just churned. It was the anniversary of my wife’s death too, so I went over there and said, “I need a hug.” She said, “I need one more.” We talked for hours.

Barbara: We talked about all the stuff that we didn’t talk about the first time.

Rick: I lived up on the hillside and she started coming over for supper. We’d sit on the deck and watch the lights and we’d be talking and talking and then we started holding hands. Nobody had to say it. We both knew.

Rick: Our kids didn’t accept it right away. They were upset, because it happened so fast. It was hard for them to see us with someone else.

Barbara: But they’ve come around. Everyone else on both sides was so happy. I took my two sisters out to lunch one day to tell them. One turned to the other and said, “See? I told you.”

Rick: She said she was never, ever, ever going to get married again. 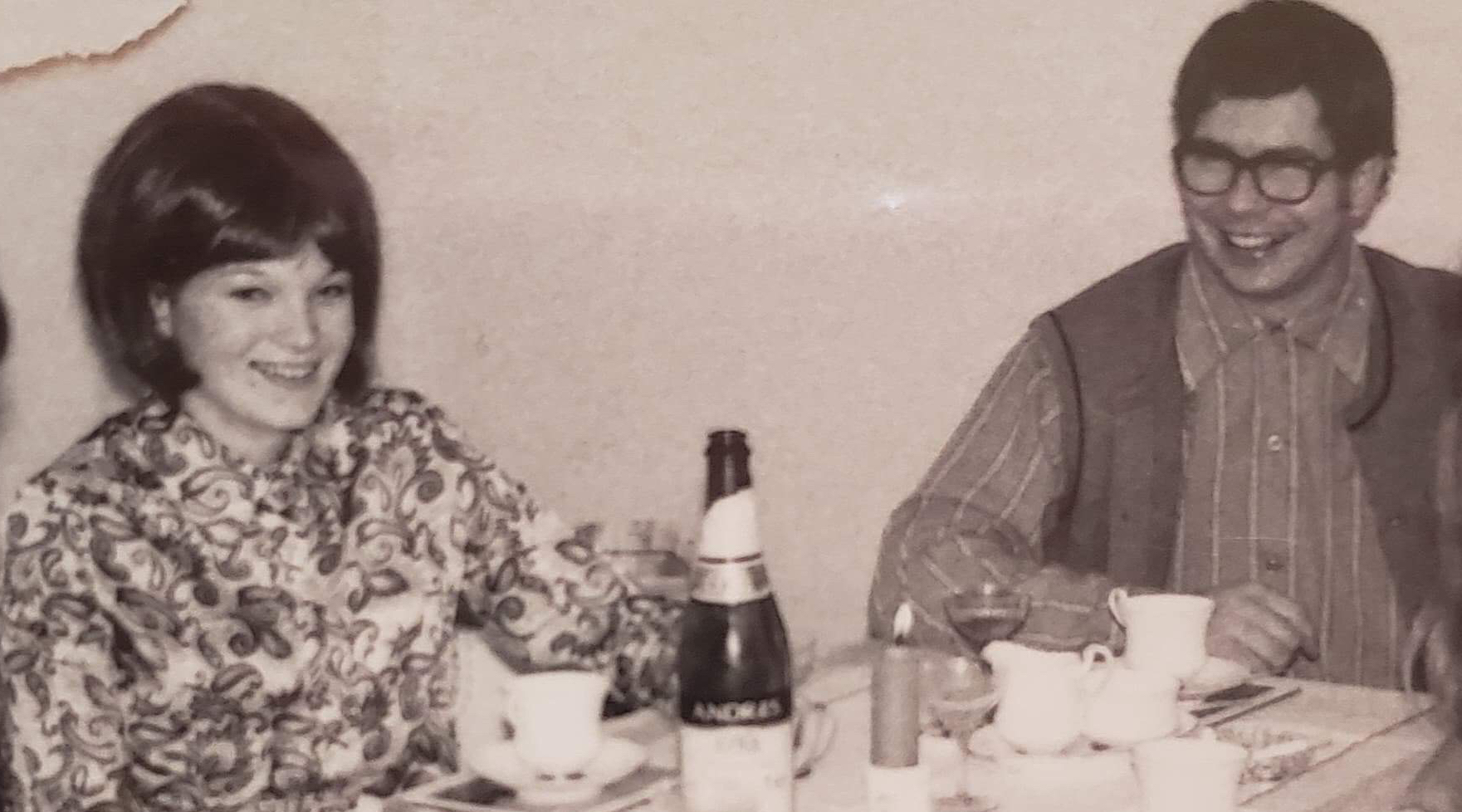 In October 2018, at 68 and 71, Barbara and Rick got married. Again. They had a small ceremony with family and a few friends—including the same best man and maid of honour as their first wedding. Many things are very much the same—but just as many are completely different.

Barbara: He’s still got the greatest sense of humour and he’s still tons of fun. That was never the issue though; it was the serious stuff.

Rick: You ask me all the questions now and I answer them. Things I never said before I say all the time now. I look into her eyes and say, “You look so beautiful with that big smile today.” My mistake was not letting her know my feelings and assuming she just knew.

Barbara: Never assume you know what the other person is thinking, and always communicate honestly every day. If you’re harbouring some grudge or hurt, discuss it, and then wipe it out of your mind. Small hurts not fixed turn into big issues in time. But don’t think your future spouse is going to change. Our personalities are what they are.

Rick: I think we’re each more of our own person now but we also really enjoy being together.

Barbara: Now when we are together, we are really together. We’re in sync.

Rick: But we still go out on our own though! I just went to a hockey game with my daughter.

Barbara: I think we’re basically the same people but we’ve matured so we can deal with the little quirks of our personalities.

Barbara: He still doesn’t like my cooking though, hah!

Rick and Barbara Schmidt, now 73 and 70, took a trip to Hawaii and honeymooned like newlyweds—proving to this newlywed that young love, though it certainly hogs the cultural attention, is only the beginning. And albeit longer, messier, full of change and always at the whim of luck and time, real life can be more interesting than any romantic fantasy.