Why I Had To Leave My Neighbourhood Facebook Group

This election, I realized on a very personal level that privilege is all but invisible to those who have it. 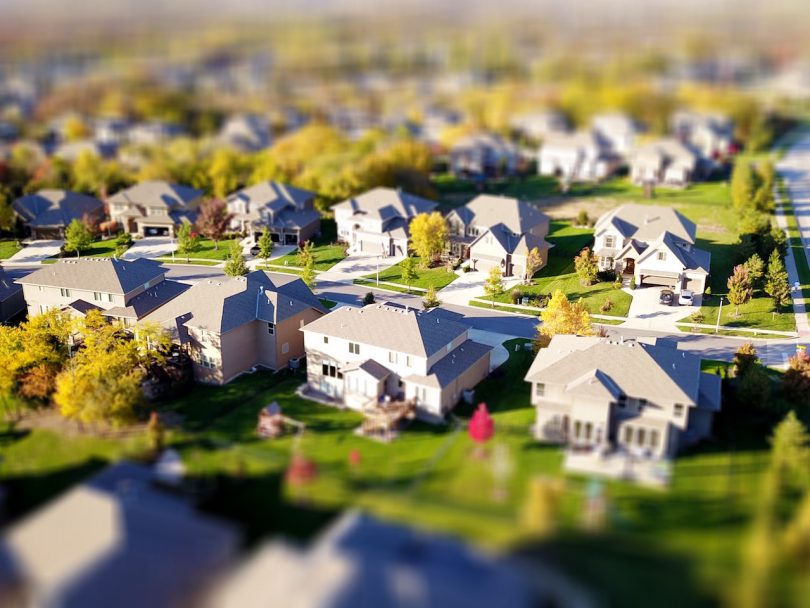 I recently left my neighbourhood Facebook group over a fight about privilege.

I’d been a member for a few years, joining in on the occasional conversation about garage sales or business recommendations. I was thrilled to discover it when we moved here six years ago—it helped me feel more connected to our new community. The group had weathered a few election cycles, keeping discussions (mostly) civil and maintaining a sense of community despite differing political views.

That is, until this federal election. One of our local candidates recently dodged questions—quite literally by running away from reporters into a waiting vehicle—about her personal ties to a well-known alt-right figure. A local resident posted an article to the group about the debacle, stating we should all be aware of what our candidates are up to.

This caused an uproar. Some group members defended the candidate, saying she worked hard to be where she is, and we should just leave her alone to run her campaign. Others angrily posted how politics should never be discussed in a neighbourhood group—it creates too much division. Either way, we shouldn’t talk about it.

Frustrated, I decided I needed to say something. Trying to be as non-confrontational as possible, I wrote about being a queer woman with trans people in my family. I urged my neighbours to consider that a candidate with close ties to someone who espouses homophobia and transphobia is of direct concern to families like mine. I said we needed to be able to talk about it, because having an elected official who possibly believes these things herself is a safety issue to those of us in marginalized communities.

Amid the support for my post—and there was support, thankfully—a woman I’d never spoken to told me, in no uncertain terms, to keep my sexuality to myself. She had a profile picture of her and her husband on their wedding anniversary. I asked if she could see the irony in her request. She laughed at me. Others joined in.

Comments on that thread were quickly turned off, and an administrator stated that any further political discussions would be deleted.

Hurt and angry, I left the group.

Privilege is all but invisible to those who have it.

I used to live a life with more privilege than I have today. When we bought our suburban home in 2013, we looked like a typical nuclear family: A mom, dad and three boys. We blended in, walking through the world with ease, never having to deal with intolerance based on the make-up of our household.

All that changed a few months later, when our then-11-year-old told us she was a girl and not the boy we thought she was. We had a transgender child, and our lives suddenly became about helping her navigate a world that wasn’t quite ready to understand or accept her. She faced discrimination at school, in our friendship circles and in the community.

Eighteen months after our daughter came out, my spouse of 18 years told me she was a trans woman. She, too, had been keeping this part of herself hidden away out of fear of what the world would throw at her. When she began her transition a few months later, our family looked very different than the one that had first pulled up with the moving truck a few years before. We were no longer what the world expected. We were living outside the box on a street full of little boxes.

Being an openly queer person means coming out, over and over, for the rest of your life. It’s something straight couples don’t have to think about.

“What does your husband do?” people will ask me when I mention my spouse in casual conversation.

Sometimes, an awkward silence will hover in the air for a handful of seconds before our chat continues. In those moments, I’ll do something I never did before: I’ll study the faces of anyone within earshot for even a hint of disapproval. Disapproval could mean danger.

I used to grab my spouse’s hand without thinking. Now, I do so cautiously, keenly aware of our surroundings. I can’t say I ever feel as free doing it as I used to. I miss the days when I never had to think about it.

And every election, my wife and I must put the rights and safety of our LGBTQ family ahead of all other aspects of a candidate’s platform. How a party feels about access to trans healthcare, marriage equality and queer parenting directly affects our everyday lives.

Nobody likes to have their privilege pointed out. Being told we have an advantage over other human beings based on factors such as the colour of our skin, who we love, how we identify, what faith we practice or our level of education can be uncomfortable. We can feel threatened, or as if our accomplishments are being diminished.

I often hear comments such as, “I work hard for what I have,” or “I have struggles, too.” But privilege doesn’t mean we don’t work hard or face challenges. It simply means we have fewer things standing in our way.

Privilege is also a layered and complex issue. My father was Indigenous, but I take after my mother’s UK heritage, with light skin and hair. I might face homophobia being married to a woman, but I’ve never had to deal with racism like many of my relatives have.

As a result, I sometimes need to have that aspect of my privilege pointed out to me. Recently, I made a comment on Twitter about the Justin Trudeau Blackface/Brownface scandal. I was politely told by a few people of colour to sit this one out. Point taken. I clearly didn’t understand the complexities of the issue the way they did. So, rather than get defensive about being asked to make space for their voices, I decided to shut up and listen to what they had to say. In the process, I learned a lot about the prejudices facing racialized Canadians.

We don’t need to be ashamed of the privilege we have; we just need to be aware of it. Once we are, it’s easy to see that those of us with the most privilege simply need to make more room for those with less of it. This is how we create an equitable society.

Telling queer people to keep their sexuality to themselves when you’re openly straight is privilege.

Having the choice to avoid discussing politics because you’re not at risk of governmental oppression is privilege.

Never having to worry about being targeted based on the colour of your skin is privilege.

Not having to think about how people will react to your relationship is privilege.

Having a healthy, abled body is privilege.

And yes, refusing to discuss the existence of privilege is privilege, too.

While some people in my neighbourhood are still figuring this out, I’ll be on the hunt for a new Facebook group—garage sale and political posts welcome.

Amanda Jette Knox is a writer, speaker, LGBTQ and author of the memoir Love Lives Here: A Story of Thriving in a Transgender Family. She lives in Ottawa with her wife, their kids and a coffee maker that never quits.