She overcame the scars left behind by a childhood accident — and now she’s giving hope to others. 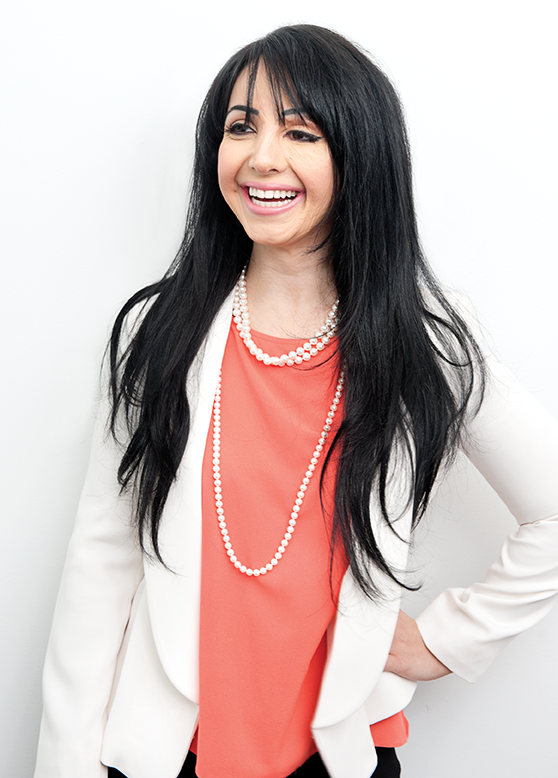 Basma Hameed’s face was burned by oil in a cooking accident when she was a toddler. “I was two and my brother was eight. He said, ‘Let’s surprise Mom and Dad and cook something.’ He put frozen meat in a frying pan, but the oil began to burn. My brother tripped and the oil spilled over the left side of my face.” By high school, Basma had had nearly a hundred surgeries and skin-resurfacing treatments, but the red scars remained, making her a target for bullies. “Every time I went to school, I was made fun of. People called me all kinds of names — it made it hard to wake up every day.”

After a third hair transplant failed to replace her missing left eyebrow, she turned to permanent makeup. “It was the first time I’d seen myself with two eyebrows.” Basma, then 16, started apprenticing with tattoo artists and permanent makeup specialists to learn about pigment implantation. She developed a paramedical tattooing procedure for scar camouflage and tested it on her own face. “I’d find a pigment that matched the rest of my skin, and implant it with a tiny needle. Now I never have to worry about my makeup — or my eyebrows — wiping off.” She used the confidence that paramedical tattooing gave her to launch a career doing the same for others. “Often when people come through the door, they’ve let the scar or birthmark control their life. Once they hear my story, they relate. And once they see a little bit of improvement, they become brand new people.”

My biggest hurdle was…
The medical community saw my paramedical tattooing as just body artwork and didn’t take it seriously. But eventually they saw how successful the results are — now I have plastic surgeons worldwide who call and want me to train them.

I’m motivated by…
My clients. A few weeks ago we saw a victim of domestic abuse whose husband threw hot water on her back. Hearing people like that tell me I’ve helped them to not give up means everything to me.

My favourite hobby is…
Fishing. It sounds crazy, but I started about two years ago with my brother and I love it — it’s so peaceful being in the middle of nowhere.

I’ve had to accept…
That the accident happened and that I will live with a burn on my face for the rest of my life. That’s who I am. I can improve it, and that’s wonderful, but accepting it is the best thing you can do for yourself. It’s freeing — it frees you from all the insecurities, pain and fear.