I was a driven, successful, independent woman, until insidious mental abuse left me a shadow of my former self. Here’s how it happened—and how I found myself again. 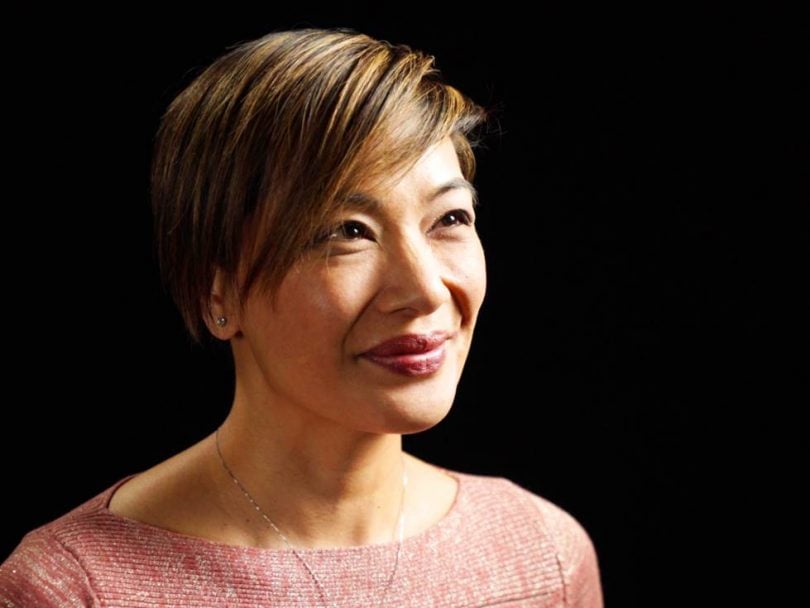 When I look back on it, the mental abuse was always there. I just couldn’t see it.

In 2009, I was a 33-year-old independent, self-sufficient, career-oriented, divorced single mom of a nine-year-old daughter. I was running a small consulting team at a boutique recruiting agency in Toronto, leasing a penthouse, training in martial arts, taking Zumba. I was chair of the PTA, making money, saving money. I was happy because I felt like I was accomplishing goals.

And then everything slowly began to change.

In 2012 I got depressed. I couldn’t figure out why. Everyone thought the man I had been dating for years—on and off—was so charming, but he was very Jekyll and Hyde. When we were alone, he would undermine everything I said or did. If I was happy because I’d landed a client that our company had been trying to get for years, he would say, “Well, that’s your job, why should you get props for doing it?” or, ‘I’m surprised it took you so long.’ He always had to have the last word. Anything a normal, sane person would give someone recognition for, he’d minimize.

My daughter Sydney noticed that when she asked me a question, he would answer for me. I’d started losing my voice. And Sydney started becoming distant because she didn’t feel like I had her back. She felt like I would always take his word over hers. We’d never lived with my partner, but he was the closest thing Sydney had to a father figure. Though she never felt he really was one.

By 2015 my life had totally deteriorated. I had grown more and more depressed. I was on antidepressants, and I kept thinking, What is wrong with me? I was having a hard time functioning. My work was affected so much. I had no energy and basically worked part-time, though I technically had a full-time job. To make it worse, I worked on commission, so my ability to earn was contingent on my energy. My income dropped by 75 percent. So I was living off savings.

It started to occur to me that there wasn’t anything wrong with me; the problem was that I was in an abusive relationship. Maybe I didn’t have a chemical imbalance in my brain, but an abusive person in my life.

My self-esteem and my confidence evaporated. It got to the point where I was no longer working at all, and my savings dwindled to nothing. I just couldn’t get out of bed. Eventually, I lost my apartment because I couldn’t pay the rent, and Sydney and I started couch-surfing. My partner knew what was happening, but he seemed to enjoy watching me crash and burn. He knew I was having trouble making my car payments; he had three cars. He made excuses about why he couldn’t help me, saying he was a single dad with bills to pay. Often, my daughter would sleep at friends’ houses and I’d sleep in the car. It was easier to find a place for one person to spend the night.

We stayed at my partner’s sometimes. He and I had had a few physical altercations before (mostly grabbing and shoving), but one day, he got physical with me while my daughter was there. She was 16 at the time. After a break in the fight, he started coming back toward me and she jumped in front of me, and made herself into a human shield. The moment I saw her putting herself in harm’s way, something clicked. That was the moment where I was like, I don’t care, that’s it, I’m supposed to be protecting her—nothing matters but getting out of this relationship. It was basically my a-ha moment. I could no longer deny the reality of what was going on.

I got out. At that point, I told my parents what was happening. My family, my sister. I started to reach out for help. I guess you could say I was in denial. And I maybe had too much pride to ask for help prior to this because I thought I could fix it. I thought I could say, ‘Hey, we got a new place,’ without having them worry or judge.

At first my family was shocked that I’d let the relationship go on for so long. They didn’t know I’d been homeless, they thought we had moved in with my partner. I’m the kind of person who always has her shit together. But they were not judgmental at all. My dad never really liked my partner; he ended up helping me out with first and last month’s rent on a new apartment.

During the course of the 12 or 13 years I spent with my partner, I had become very isolated socially, through his manipulation. I didn’t have many friends left, because he had always been critical of my friends and said they didn’t have good intentions. When I wanted to do volunteer work, he told me no one needed me to volunteer. I felt so much shame and had so little confidence that I just went with it.

I eventually decided to reach out to a woman I know, Lia Grimanis, who had founded an organization called Up With Women. It’s a Toronto-based non-profit—which operates in eight regions across three provinces—that helps homeless women get back into the workforce through a year-long career mentorship program. We’d always had a really good rapport. She also didn’t know my partner so she was completely outside of my circle. I felt really comfortable with her.

I asked Lia for information on shelters, under the guise of asking for a friend, and we made a date to meet for coffee. When I look back, I think I knew she would know it was me, but I didn’t know how to come out and say it. She was the first person I told about the abuse. She gave me a ton of resources, and she insisted I do the Up With Women program. I was reluctant, as I’d always been the coach in my work relationships.

I was paired with a coach who was a family lawyer, and also had an MA in social work. It was the perfect match. Our biweekly one-on-one meetings gave me structure and purpose. At the time, I was so lost. Every mountain seemed so high. My coach helped me build a business plan, and she gave me goals to work toward building momentum for my business, and also making time for my own happiness and wellness.

Around this time, I went to an anonymous drop-in support group for people dealing with abuse. There were eight or nine women there, and I could have passed by any of them on the street and not have known what they were experiencing. I’m sure they thought the same of me.

After we moved into the apartment that my dad helped me rent, Sydney entered her last year of high school. She was working hard and playing rep basketball at a really high level, which is expensive. I almost pulled her from the program. Fortunately, the coach was like, let her play, you’re not the only parent that’s struggling. I would drive to practice or the tournament and I’d take two or three other players. Their parents would give me gas money so at least I’d have a little extra cash as a result.

At this time, Sydney felt she had to succeed for me. To give me strength. And when she saw me finally reaching out for help and being vulnerable, she worked hard to support my progress. I went back to Zumba class, even though I stood in the back corner because I had no confidence. Sydney said she was happy I was going. She’d say, “I like when you’re happy, Mom.” We began to really help each other, and to be inspired by each other’s successes. We became closer than we’d ever been before.

Eleven months after I started the Up With Women program, I launched my own recruiting consulting practice. The mentoring I received through the program was a huge part of helping me reestablish myself. It was scary, because I didn’t think I was fully ready to launch a business. But I just did it. The old me was adventurous, not afraid. So in that way, it was really important to just do it. I was worried because I didn’t know how I was going to explain the gap in my resume. Oh you know, I was homeless. I still had shame.

Just before I launched my business, Sydney was offered basketball and academic scholarships in the U.S. and Canada. Once she knew I was strong and on course, she felt confident she could move away. She chose Carleton University, in Ottawa. She’s the only rookie to have played every game. 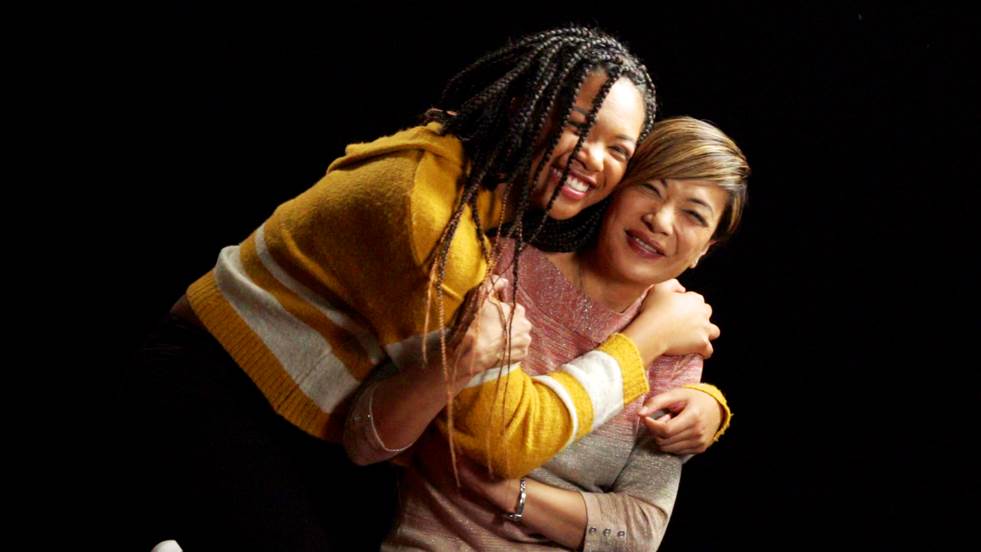 Now that I’m healing, it’s easier for me to talk about everything that happened. I’m not proud of the fact that we were homeless, but I’m owning it. And a few people in my circle have opened up to me, telling me they saw signs of abuse—but nobody felt like it was their place to say anything. One person worried about offending me, because what they saw wasn’t overt; they thought our relationship looked off but they weren’t sure. One of the dads from the basketball team said it seemed like there were two Michelles: the jovial one, and then another one whenever my partner was around.

One thing I want to come out of my experience is educating others in regard to recognizing signs of abuse, and also ways to approach women who they think might be abused with compassion. They’re going through shame, denial, embarrassment. How can we as a society take away the stigma? Thanks to MeToo, there is a lot more dialogue now, and I’m happy to be part of this conversation.

One night my daughter and I took a Lyft. We were talking about Up With Women, and our female driver started asking questions, So I shared my experience. By the end of the ride, she was crying. “There’s a reason you ladies jumped in the car,” she said, as she was also in an abusive relationship. I told her to look up Up With Women. I didn’t flat-out ask her about her experience. I’ve been through something, and I’m sharing it. There’s ways to broach the topic without outright asking.

I’ve had my business for almost a year now and it’s growing. I’ve also started volunteering with Up With Women. I designed and led a two-day workshop called Ask the Recruiter, about how to work with recruiters. I worked on helping women to rephrase and reposition their experience and see that all of it is valid and transferable. I loved doing this because I could share my value from my professional experience, but I could also relate to the women attended on a personal level because we have a shared experience. To talk shop with confidence is something I hadn’t been able to do for a really long time.

If you are experiencing abuse, the site Sheltersafe offers a cross-Canada map of resources. If you or your family are in immediate danger, call 911.