When celebs rant — they say something worth printing. Kim Cattrall should really let her hair down more often. Because when the Sex and the City star does throw caution to the wind she manages to say something interesting about media culture and the reality of her life as an aging actress. 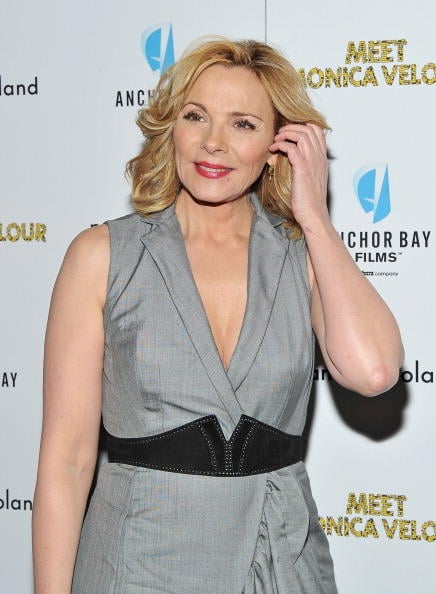 When celebs rant — they say something worth printing.

Kim Cattrall should really let her hair down more often. Because when the Sex and the City star does throw caution to the wind she manages to say something interesting about media culture and the reality of her life as an aging actress.

“Kim Cattrall Lashes Out at a ‘New York Post’ Reporter” was the headline that caught my jaundiced eye on The Huffington Post this morning. I was all ready to tsk, tsk my way through another ‘spoiled celeb acts even more spoiled’ type story, when I realized that Cattrall’s comments were downright remarkable. The real headline should have been: “Actress defies odds and says something of note to reporter.”

At the premiere for her new film, Meet Monica Velour, Cattrall allegedly told a reporter for the New York Post’s gossip page, Page Six, that she ought to get a “respectable job.”

Why not blog, she said, or work for a legitimate concern such as Reuters? (Though she mistakenly called the news service “Roybers.”)

Cattrall has a point. Covering a movie premiere and asking a celeb if it’s true she recently got a bikini wax (yes, that’s what the reporter asked) is a pretty silly way to make a living. But as one who’s asked her fair share of dumb questions, my heart goes out to the reporter who no doubt felt like a grade A Oscar Mayer weenie already.

There’s no mention of how the reporter answered Cattrall’s challenge, but I’ve got a feeling—call it a professional hunch—he or she may have silently wondered why the woman who got her start in Police Academy was suddenly extolling the virtues of honorable employment.

Cattrall also encouraged the reporter to ask her about ageism, saying “Ask me about being a woman.” Adding: “Do you know what it’s like to be 54 and marginalized?”

There’s no mention of whether the reporter asked that question, or whether she got any answer either. It’s a shame because that’s an exchange I’d like to hear.

Though she’s probably regretting it this morning, three cheers for Kim Cattrall’s little outburst. It nearly compensates for her crimes against humanity, a.k.a., SATC 2.

I hope she finds the reporter who feels like asking her the questions she’s interested in answering (call me, Kim!) and I truly hope she’s kick-started a trend for other female celebs to speak their mind more often rather than share their beauty and diet secrets over and over again. Who knows? Maybe we reporters will start asking more interesting questions too.