The multi-talented actress and star of the critically acclaimed film The Whistleblower, doesn't let a high-profile Hollywood career or a high-profile relationship change her 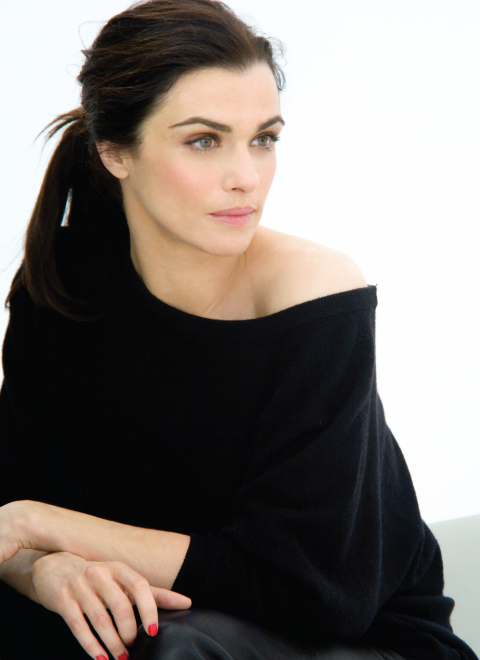 Rachel Weisz is a pro at keeping things quiet. The London-born Cambridge alum is one of the big screen’s greatest enigmas. Taking cues from Brit players ranging from Helen Mirren to Tilda Swinton, Rachel is part of an influential group of leading ladies from across the pond who have completely ignored Tinseltown’s rules of engagement. Case in point? She famously became the new Mrs. James Bond—without the world noticing.

You would think that the box-office favourite—who first grabbed everyone’s attention with her scene-stealing presence as Egyptologist Evelyn Carnahan in The Mummy—would do her best to become a media magnet. But the 41-year-old Oscar winner doesn’t tweet, Facebook or Foursquare her every move just to keep her hype hot. And although she’s gone from one high-profile romantic relationship to another, she’s succeeded in revealing no intimacies about any of them to the media.

No stranger to the celebrity hookup, Rachel has dated a string of Hollywood power players. Years ago, when she dated director Sam Mendes (who later became Kate Winslet’s husband ), Rachel was as silent on the relationship as she was about their breakup, which happened only a few months before Winslet was in the picture. Rachel’s history with Sam ran deep. Prior to winning a caseful of awards for films such as American Beauty and Road to Perdition, Sam was the artistic director of London’s Donmar Warehouse, where Rachel performed in Suddenly Last Summer in 1999. Rachel was later with Darren Aronofsky (director of the Oscar-winning Black Swan) for nine years. The couple have a five-year-old son, Henry, and many people didn’t even realize they had split up until her recent marriage was announced. Another little-known fact is that Rachel and Daniel Craig also met in the theatre. As young actors, they worked together on a steamy play in 1994. “The plot put them into a number of amorous clinches, and there was a lot of faked sexual congress and ‘tasteful’ nudity,” reported Rupert Christiansen in the Daily Telegraph.

Raised by an Austrian Catholic mother (Edith, a teacher turned therapist) and a Hungarian Jewish father (George, an inventor who fled Hungary in 1930 to escape Nazi persecution), Rachel has a world view shaped by two Type A personalities who urged her toward success. Which is probably why she tired of modelling in her teens and became obsessed with acting. During her time at Cambridge, she appeared in a number of productions and co-founded a student drama group, Cambridge Talking Tongues. Soon Rachel’s name was getting mentioned by a string of famous players, including Bruce Beresford; she was offered a role in his film King David, starring Richard Gere, which Rachel notoriously declined.

Today, Rachel’s private practices have not changed a bit. She managed to hoodwink the press into missing the juiciest scoop of the year since Kate and Will’s epic romance. When Rachel married one of the most fantasized-about leading men on the planet—43-year-old Daniel Craig, a.k.a. James Bond himself—in an über-private ceremony in upstate New York in June, everyone from CNN to Entertainment Tonight was thwarted by the duo’s secret service. Rachel’s choice to fly under the radar is in line with her atypical status in Hollywood and matches her personality in interviews. What else could we expect from a woman who defamed Botox by declaring: “It should be banned for actors, as steroids are for sportsmen. Acting is all about expression; why would you want to iron out a frown?” Yes, the five-foot-seven hazel-eyed beauty is sharper than most of her counterparts when it comes to stating her opinions, speaking out about what she believes in rather than what will get her the most water-cooler chatter.

It’s this audacity that will serve Rachel well in her newfound role as one-half of an A-list couple. Until her recent nuptials, the only way Rachel was mentioned in the tabloids was if she was part of a red-carpet best-dressed list. Things have certainly changed since then. Her personal life is having a cinematic crossover with her professional life: Daniel and Rachel have shot a horror movie together called Dream House, in theatres September 30, where they play husband and wife. And a plethora of gossip websites have reported that she is slated to become the next Bond girl. Yet simply standing by Daniel’s side—or any leading man’s, for that matter—is far from Rachel’s style. Which is why her schedule for the next few months is packed with projects that shine a variety of different lights on her: from becoming the glam new spokesmodel for Bulgari’s latest luxury fragrance Jasmin Noir, to playing a wartime heroine who fights for women’s rights in a political thriller. Already getting its fair share of Oscar buzz, The Whistleblower — directed by Canadian Larysa Kondracki — has critics from the Toronto film scene to Variety raving over Rachel’s scenes. It mirrors a true story told in Kathryn Bolkovac’s book, The Whistleblower: Sex Trafficking, Military Contractors, and One Woman’s Fight for Justice. A former Nebraska police officer, Kathryn took a job working for the United Nations as a peacekeeper in late-’90s postwar Bosnia, where she discovered disturbing corrupt activities involving UN employees and sex trafficking.

“She was our first choice for the leading role,” says 34-year-old director Larysa via phone from her home in Toronto, noting that Rachel and Kathryn are cut from the same cloth. “Both are extremely strong women. They are very grounded and don’t take any bullsh–t. Even though Kathy is a cop from Nebraska and Rachel is an Academy Award winner from London, they’re both down-to-earth. We needed someone who wasn’t going to give up, and Rachel is like that. She wasn’t there for the paycheque. “Rachel can be comedic, extremely dramatic and very vulnerable and relatable,” says Larysa. “When you see The Constant Gardener you know she can be persuasive and forceful. I needed an actress who could get there emotionally and take you through the story. Rachel can do that.”

Rachel spent a great deal of time talking to and consulting with Kathryn, who visited the set for roughly a week. While she was there, Kathryn — a divorced mother of three — spoke to Rachel about the shocking events she saw in Bosnia and the battle she experienced trying to report that many of the UN officers were taking part in the trafficking of young eastern-European women as sex slaves. “The two of them not only would talk shop but they would have dinner, because Rachel wanted to make sure she did all her homework before the cameras started rolling. She captured the spirit of Kathy thanks to their time together,” says Larysa. “When Kathy was on set, Rachel really used that opportunity. She would ask Kathy if she was emitting an emotion in the same way Kathy would have when she was in Bosnia.”

A survey of the women she’s played in the past is proof that Rachel aims to push her performances with her script choices. She’s done campy (she played Blanche DuBois in an acclaimed British stage version of Tennessee Williams’ A Streetcar Named Desire), she’s managed vampy (witness her in The Mummy), she’s done charming (2002’s About a Boy) and, as her Oscar-winning performance as Tessa Quayle in The Constant Gardener can attest, she can play fierce with a Herculean conviction. Part of the tenacity she conjures onscreen for the latter role harks back to Rachel’s life as a radical feminist while studying at Cambridge. It’s a past that The Whistleblower’s director wanted to invoke for various scenes. “The Constant Gardener’s main character, Tessa Quayle, and Kathy Bolkovac are both women who are continuing against all odds to pursue something they believe in,” says Larysa. “Thematically, there are major similarities. Tessa was a hotheaded student and Kathy has that hotheadedness, which keeps her focused on her goal. Rachel and I think the movie is a continuation of Kathy’s voice. It felt like we were whistleblowers — the subject of sex trafficking is something many directors or actors wouldn’t touch. We are hoping this film can change what’s happening with the epidemic around the world.”

After her son, Henry, was born in 2006, Rachel, like many new mothers, changed her outlook on life altogether. “Being a mum and having a child has completely grounded me,” she said shortly after Henry arrived. “I feel I have an ultimate purpose beyond anything else in my life.” Rachel has done her utmost to make sure her son has been protected from the often exploitative bright lights that are part and parcel of having a parent with a successful film career. “In The Whistleblower, Rachel is playing someone who is weathered, and she’s trying to prove to herself that she’s a good mother,” Larysa says, noting that in this sense, Rachel drew from her own life. “Like Kathy, she comes to work, does her job and goes home, and is able to turn it off. Rachel needs to be present as a mom and she’s just as committed to being one as [she is to being an actor].”

And Rachel’s career is not about to slow down. In fact, it seems to be going into overdrive, as she is confirmed to star in seven new pictures between now and the end of 2013. These include a lead in The Bourne Legacy and one of the most coveted roles in Oz: The Great and Powerful. The prequel to The Wizard of Oz co-stars James Franco, Michelle Williams and Mila Kunis, with Rachel at the top of the bill as Evanora, the evil witch. Yet no matter how public or manic things get with Rachel’s career, there’s one thing her surprise wedding has proven: She will not be offering up her privacy or her family life for a headline, or a retweet, anytime soon.

For more on Rachel Weisz, read her interview about her role in The Whistleblower here.