Rachel Weisz on her role in The Whistleblower 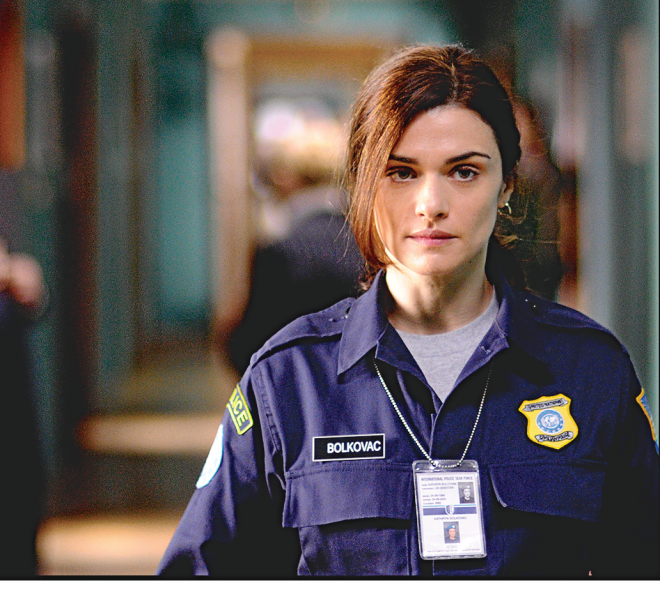 “For me, it just doesn’t get much better in terms of roles,” confesses Rachel about playing Kathryn Bolkovac in The Whistleblower, which hit cinemas last month. “All of my favourite movies are female-centric films like Silkwood and Norma Rae. Kathy’s kind of an unsung heroine, an ordinary woman who did an extraordinary thing, although she’s probably not that ordinary, really — I think had I been in her position I would have been too scared, taken the paycheque and gone home.”

The cast features a host of international A-listers, including Vanessa Redgrave and Monica Bellucci. “Rachel’s like Meryl Streep: She’s malleable; she really transforms into her characters,” says director Larysa Kondracki. “And I can’t imagine anyone else working harder. She was in every scene, and no matter how late it was or how tired she was getting, she’d always ask, ‘Did we get it?’ after each take.”

If the long hours of the shoot were draining, portraying such a crusading character wasn’t, says Rachel, despite the dark subject matter. “I was playing a cop who was an expert in sex crime, who’d seen all sorts of s–t go down, and it wasn’t what had happened that shocked her, it was that other law-enforcement officers were involved,” she explained. “So my centre of gravity was tough and strong. I wasn’t walking around an emotional wreck; I was outraged.”

While the recognition by the Academy Awards of her talent for depicting such strong women has opened a lot of doors and meant that many more scripts are being sent Rachel’s way, ironically, it’s also made her job more difficult. “I used to just take whatever came along because I wanted to pay the rent, so now having to choose roles is actually harder,” she says. “Still, it’s a very high-class problem to have.”

The Whistleblower, is now playing in select cities across Canada.

To read more about Rachel in the article “Rachel Weisz: Oscar winner, mother and the new Mrs. Bond”, click here.