The Queen has been visiting Harry and Meghan since the couple revealed their struggles with the media. 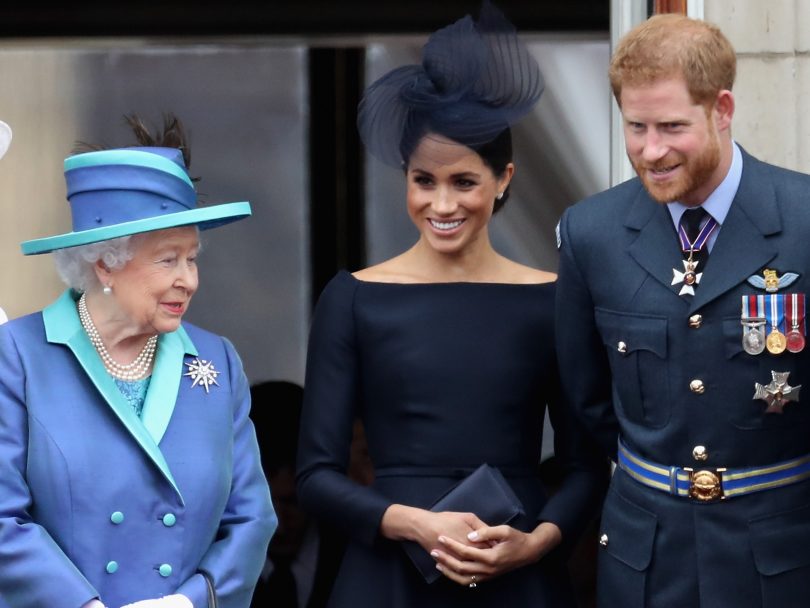 The Queen is the matriarch of the royal family and is also a mother, grandmother and great-grandmother who is very familiar with the pressures of royal life. There’s nobody better suited than Her Majesty to help other family members cope with being royal, and she’s been making private visits to Prince Harry and Duchess Meghan at their home to help them with just that.

According to a new report in the Daily Express, the monarch has been making trips to Frogmore Cottage in Windsor to see the Duke and Duchess of Sussex—and their little six-month-old son Archie.

“Courtiers have confirmed the Queen often drives around to see the couple at their Frogmore Cottage home when she is at nearby Windsor Castle,” Richard Palmer writes in the Nov. 14 issue of the publication.

The Queen has been doing so since Harry and Meghan appeared in an ITV documentary, Meghan & Harry: An African Journey, in which the duchess said she’s found it difficult to deal with the press scrutiny she’s received since becoming a royal.

“It is hard,” Meghan said in the film, which was shot during the Sussexes’ royal tour of southern Africa in September and early October. “I don’t think anybody could understand that, but in all fairness, I had no idea, which probably sounds difficult to understand… but when I first met my now-husband, my friends were really happy because I was so happy, but my British friends said to me, ‘I’m sure he’s great, but you shouldn’t do it, because the British tabloids will destroy your life.”

This week, it was also revealed Harry and Meghan will spend Christmas in the United States with Meghan’s mother, Doria Ragland, instead of at Sandringham with the Royal Family.

“The Duke and Duchess of Sussex are looking forward to extended family time towards the end of this month,” Buckingham Palace confirmed in a statement on Nov. 13. “Having spent the last two Christmases at Sandringham, [the couple] will spend the holiday this year, as a new family, with the Duchess’ mother Doria.”

The decision comes with the support of the Queen and is not unusual—Prince William and Duchess Kate have spent Christmases with the Middleton family in Bucklebury instead of at Sandringham. They did so in 2012 and also did 2016 with both Prince George and Princess Charlotte, so this may reflect the Sussexes’ desire to structure their holiday celebrations in a similar way.

This will be Harry’s first time not celebrating Christmas at Sandringham since 2012, when he was serving in Afghanistan.