In the military, we come to espect changes. But lately, I find I'm feeling overwhelmed by all the changes happening in my life. My solution?....I saw a psychic. 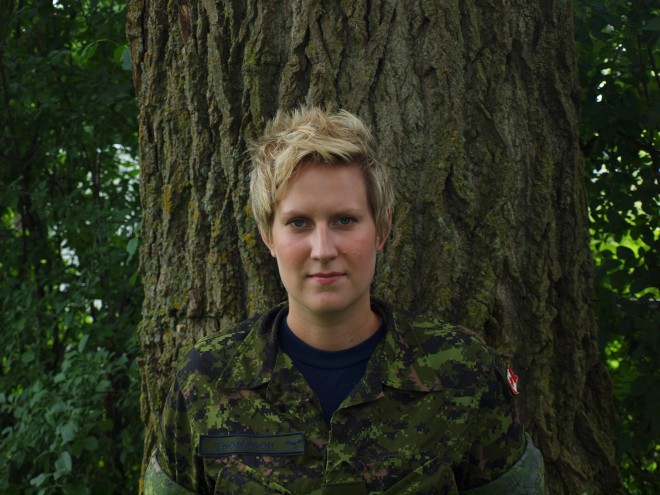 I’m not your typical believer in psychics. In fact, until last year, I’d never gone to see one. Whether or not it’s real, I don’t know if I’m the one to say. But during such a time of stress in my life, I find I’m looking for answers anywhere I can get them. If someone has some insight into my future, then I’m willing to have it.

So this past weekend was spent in Vancouver, trying to set up my new life outside of the military, which scares me senseless. My hope is to move out to Vancouver and get into publishing out there and chase my dream of being involved in making books. What’s scary is that I’m leaving a very dependable job for a very economically unstable business. But if I’m losing my job in the military, which I love, then I want to move onto something else that I love instead. The thing is though, there are so many questions that arise with a major move like this. What about my family? What about Ben after we’ve already spent so much time apart? What if I can’t move back to Toronto eventually or if Ben can’t move out to be with me? Am I being selfish? How will I afford such an expensive city? And I’ve never lived outside of Ontario for more than a few months! Plus, it always rains in Vancouver….Duncan hates the rain!

To put it plainly, I’m scared.

So I sat next to Sage, the psychic, and asked her to tell me if I was making the right decision. Crazy? Maybe. But don’t knock it ’till you try it.

Sage said, amongst other things, that I was very stressed right now and worried about a lot of things. She said she saw me spending a lot of time on a plane during the last year (oh man, that’s the truth!) and that I’ve spent a lot of time away from the ones I love (also so true). She said I was currently in a very regimented job and although I loved this job and had great pride in it, it is ending. Instead, she said I would move on to something creative, something I had a lot of passion for. In fact, she even asked if it involved writing or communicating. And finally, she said I would be making a big geographical move to do it.

Well there you go. Sage has laid it all out for me.

I left Sage’s studio and walked around Granville Island, looking at it in a new light. This will likely be my new home and I felt very comforted by that. Ah, a place that will be home. If you’re not in the military, it’s hard to know how important that is.

So all in all, I walked away from this weekend knowing it was the right path for me. That I will find new passion elsewhere and Ben and I will find a way to make it work. We`ve already made it so far in so many hard times. But I know that I will be able to move on. And even though I needed a complete stranger to justify it for me somehow, I know I’ll be okay.

And in the meantime, I`ll just have to find Duncan a raincoat.