Protect your child from cyberbullying

Educate yourself on cyberbullying; men out-shop women on Black Friday; small portions will make you pig out; airfare costs are way, way up; and Americans don't trust Sarah Palin on women's health issues. 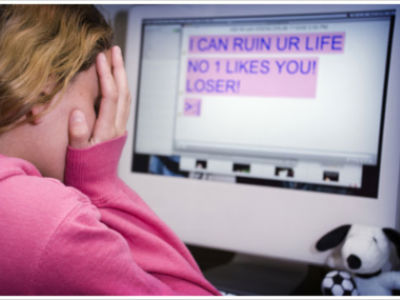 We all know how traumatic schoolyard bullying can be for children and teenagers, but what happens when that bullying creeps online? An extensive article in the New York Times investigates this disturbing phenomenon, exploring the stories of several affected families. It also offers solutions for the parents of those being taunted, teased or even threatened via text messages or online networking sites.

The numbers from Black Friday are in, and the results are surprising: men were the big shoppers on this year’s peak buying day. According to the American National Retail Association, men spent an average of $417 over the Black Friday weekend – about $100 more than the average woman. Retailers are pleased with the development, as men make easier targets. They’re less likely to comparison shop or be aware of price, making it easier to push the wares they prefer –flatscreen TVs, iPads, and consoles, with the occasional fancy leather belt thrown in for good measure.

A new study has found that people are more likely to overeat when they believe they are consuming a small portion size. In the experiment, subjects reportedly ate larger quantities of food when the portions were labeled “small” than when they were labeled “large.” However, when asked how much they consumed, those who ate from the “small” servings reported eating less, even though they actually consumed more. Scientists believe this lack of judgment indicates consumers may overeat foods labeled “small” or “snack-sized,” a trend likely contributing to the country’s rampant obesity epidemic.

Canada’s economy has been rebounding nicely since the 2008 economic meltdown, so it may seem an apt moment to breathe a collective sigh of relief, but be warned: there are some things that have gotten more expensive thanks to the recovery, and one of them is airfare. Economically optimistic travellers are moving back into first class from coach, and more people in general are choosing to fly. This means that prices are up – way up. Flightnetwork.com took a look at their recent data for Maclean’s, and found that a return flight from Toronto to Vancouver was less than $500 at Christmastime in 2009 – this year a single one-way ticket for the same route will set you back $475.

While there’s no denying the popularity of “mama bear” Sarah Palin, a new poll suggests there are few who trust the politician-turned-reality-TV-star on issues related to abortion, birth control and sexual education. The poll was conducted for the website Politico.com, and asked 802 Americans evenly divided across political lines what they though of Palin’s stance on various women’s health issues. Only 24 percent of registered voters choose Palin as trustworthy on matters like abortion and birth control. Forty-three percent polled said Palin was “out of step” with their views on the issues, while 31 percent said they share her beliefs. The vast majority of those polled said they trusted Planned Parenthood as the real authority on women’s health issues.