How two women are helping teenage girls in the Northwest Territories talk about sexual health. 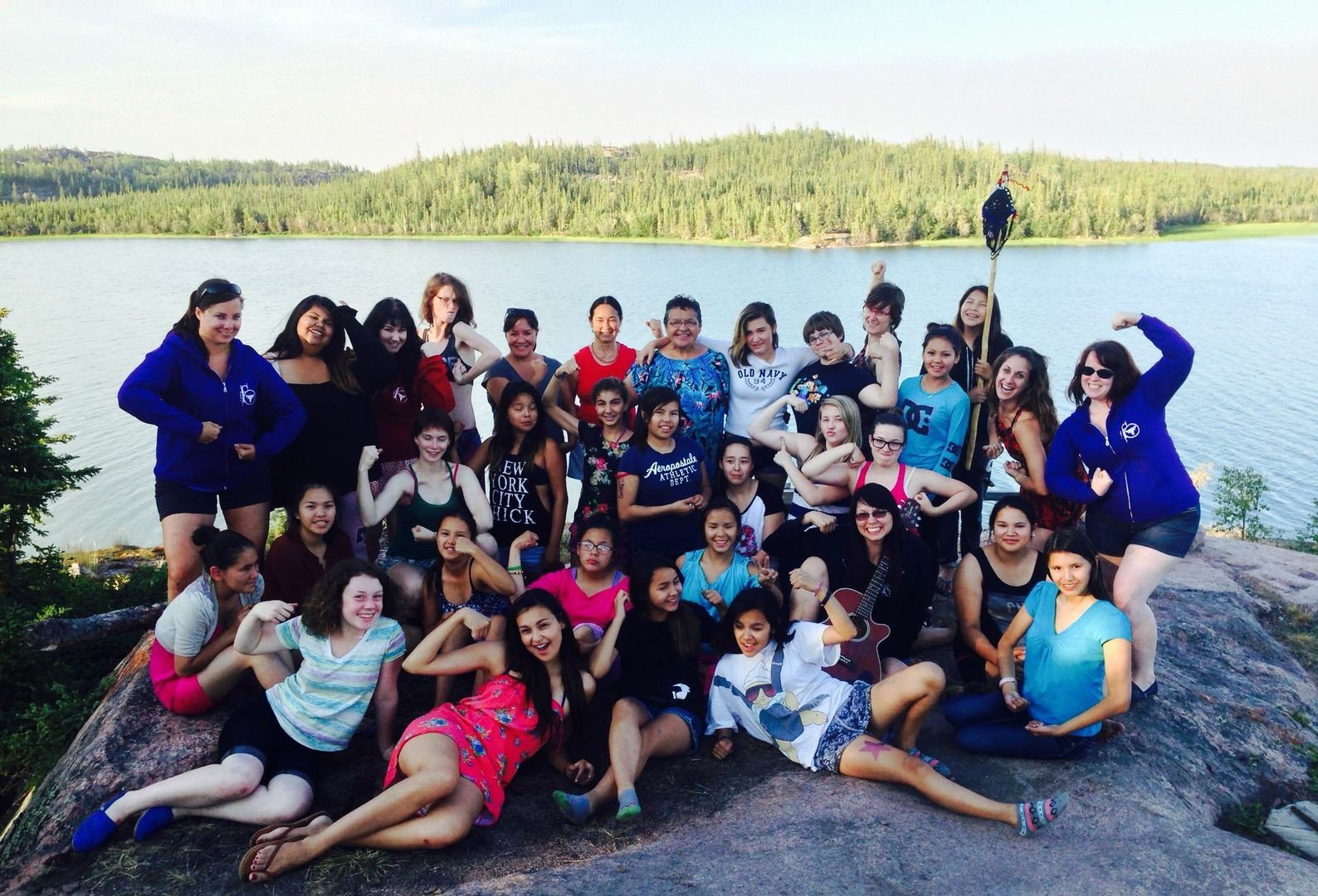 Growing up in Northern Canada can be tough, especially if you’re a girl. In addition to typical teenage troubles, girls living in the Northwest Territories are facing some scary statistical realities: rates of sexual assault and intimate partner violence are eight and three times higher than the national average, respectively. STIs run rampant, and eight per cent of northern girls eventually become teen moms.

Candice Lys and Nancy MacNeill decided to take matters into their own hands. In 2012, they created FOXY (“Fostering Open eXpression among Youth”), an organization that brings a fresh take on sexual-health education to remote communities across the Territories. Rejecting more traditional models that focus on dos-and-don’ts, FOXY promotes peer support, self-discovery and positive decision-making. Their message to teenage girls is simple: do what’s right for you.

What motivated you to create FOXY? 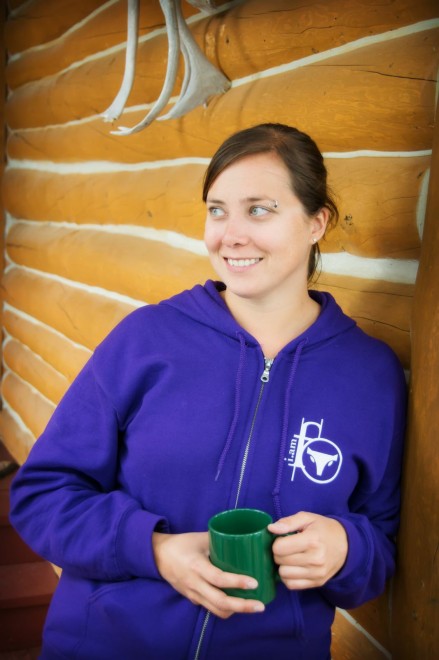 Candice Lys (co-founder, executive director): I grew up in Fort Smith, N.T. When I was in Grade 8, my middle-aged male teacher walked into the room and sat down in front of the class. He put images of male and female genitalia on the overhead projector and silently labeled them. Next, he put on a video of a woman giving birth, before walking out and shutting the door behind him. That was the sum total of my sexual-health education in school.

Nancy MacNeill (co-founder, project coordinator): My experience wasn’t as bad. The nurse who taught us sex-ed was really factual. She made it more of a science class. In the end, I felt like I knew some things, but I had no idea what to do with them. This is a reality that we still see today. We’ve met 14-year-old girls who can spell “gonorrhea” but who say they would never feel comfortable asking their partner to wear a condom. Who cares if they know how to spell gonorrhea? It’s not relevant to their actual lives.

CL: FOXY started as a research project for my Master of Arts degree in health promotion [through Dalhousie University]. I wanted to talk to young women in the north about their sexual-health education experiences. Time and time again, I was hearing that the north still had a long way to go. Teenage girls wanted realistic the information, and to actually know how to use it. So Nancy and I sat down, wrote a workshop, started to test it out and hit the ground running. In the beginning, it was about seeing what worked and what didn’t.

Tell us about what didn’t work.

CL: Eventually at about 11 a.m., somebody finally showed up and we got her to text her friends. By 1 p.m., we were ready to go.

NM: Halfway through those focus tests, we hired our peer leader Mackenzie, who was 17 years old at the time. The peer-leader program was the missing component. It made an absolute world of difference. At the time, Candice and I were still under the delusion that we were young and fun.

CL: The peer leaders bridge the gap between the teenagers and the old people, like Nancy and me, in our early thirties. We know what it’s like to grow up in the north, but there’s a big difference between growing up in the ’90s [and] 2015.

CL: I can’t believe how much dating happens through your cell phone now. You have entire relationships on Facebook Messenger. It really is a different world with different challenges, most often brought forth by technology. When it comes to things like sexting, cell phones really up the ante as far as lateral violence.

CL: FOXY focuses on every young woman being given the resources to make the best decision for herself, regardless of what that decision is, given the context of her life. It’s about understanding that her right decision might not be the same as your right decision.

Is it true that you don’t pass moral judgments about sex? As in, you wouldn’t tell a girl that what she’s doing is wrong?

NM: There have been situations where young women will tell us, hypothetically, about being a relationship with a much older man. They’ve been defending their relationship for so long — to themselves, to their friends, to their families — that when we ask what’s awesome about it, they’re shocked. As soon as they’re actually given the space to talk about their relationship without being judged, they figure out pretty quickly that maybe it’s not the greatest.

CL: FOXY focuses on a harm-reduction perspective. We [talk] a lot about safe partying. When you’re growing up in small communities, the thing that’s happening on a Friday night probably involves alcohol. Most sexual assaults that we hear about also involve alcohol. We talk a lot about taking care of yourself and taking care of your friends.

What specific challenges do the girls in FOXY face as a result of growing up in the Northwest Territories?

NM: N.T. is a huge land mass, and outside of Yellowknife, there are about 22,000 people divided between [about] 32 communities. We’re talking about very small, isolated places. These communities are trying really hard to hold on to traditional ways of living. Residential schools have unfortunately left a legacy of sexual and mental abuse. It’s really hard to overestimate the impact of that. So many problems that we see can be linked directly back to that cultural genocide. Young women are taking the brunt of the punishment. 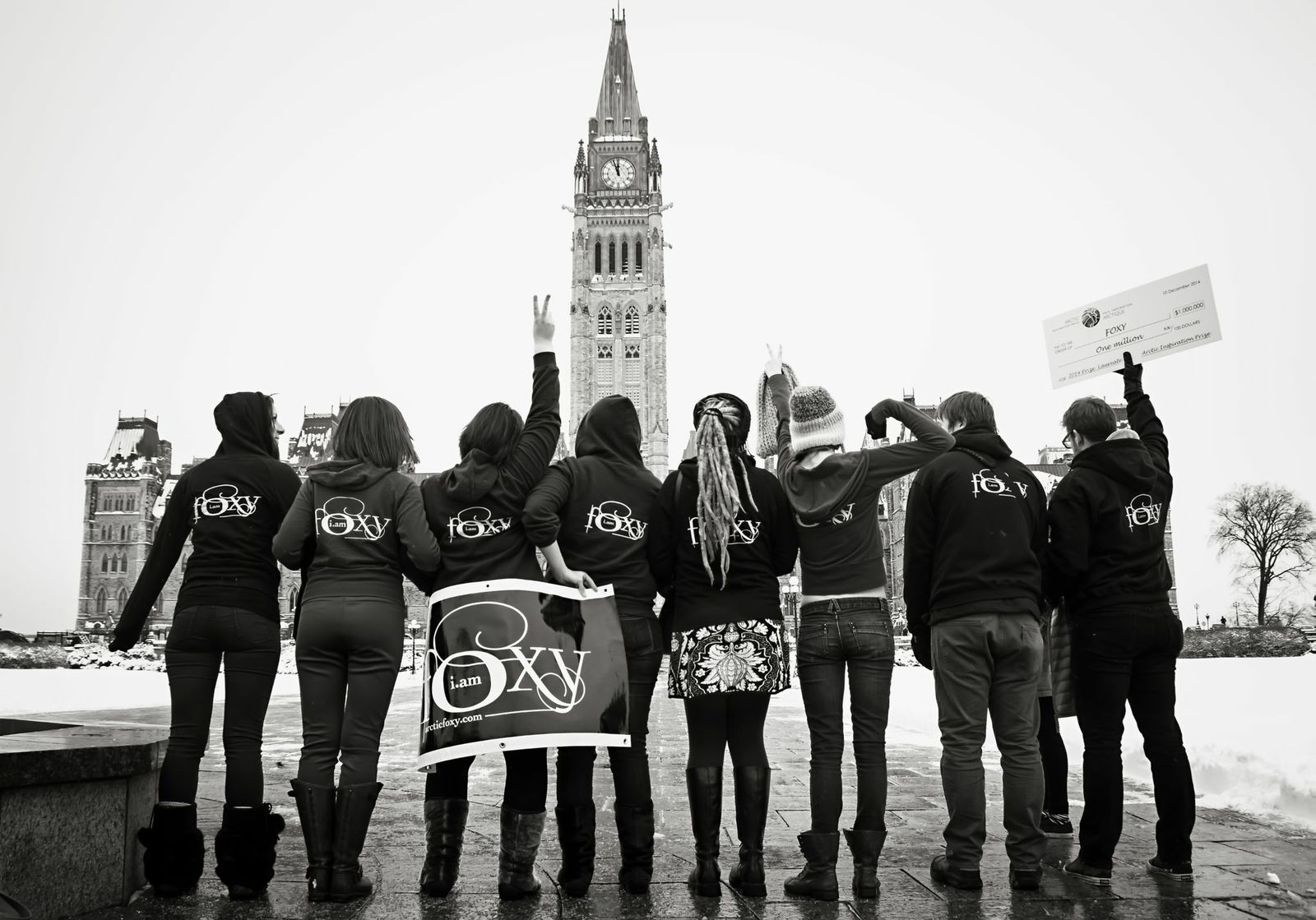 Tell me about winning the $1 million Arctic Inspiration Prize.

NM: We met with the chairpeople, and we knew that they liked our idea, but they basically said they’d never seen a proposal that made them want to give out a full million dollars. We were hoping to be among a group of two or three finalists. Being the sole winner was pretty insane.

CL: It’s so amazing. It still gives me chills. It’s a dream come true. At the end of the day, FOXY is all about getting out there, working with youth and doing everything that we can to change the north for the better.

And a million dollars sure doesn’t hurt.

CL: I brought the cheque to the bank and they didn’t believe it was real. [laughs]

Do you think FOXY could be expanded to other parts of Canada?

CL: I would love to see FOXY eventually move beyond the north. It’s a model that works really well with rural and remote populations, and that’s not exclusive to northern Canada.

NM: When we first started FOXY, people said, “Really, teenage girls? Aren’t you sort of wasting your time?” People don’t understand teenage girls. When a young woman is passionate about something, she is a tornado to be reckoned with. If you can point her in the right direction, or help her find her own direction, she will make huge change happen. A lot of people tell teenage girls to calm down, and it’s the last thing they should be doing.