Is there an algorithm for a funny rape joke? 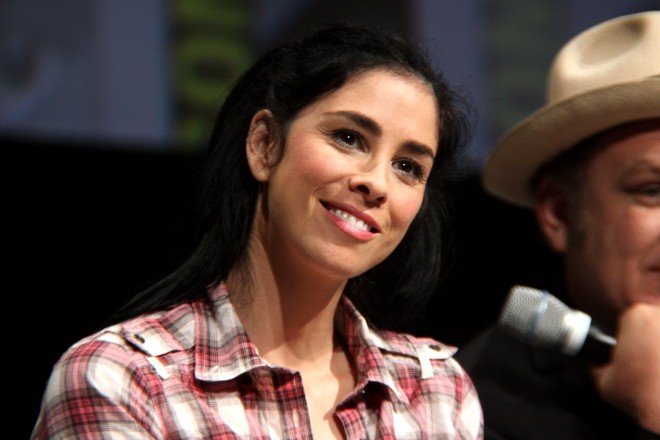 Let me tell you a joke. Actually, let Sarah Silverman tell you one, taken from her 2005 comedy special, Jesus is Magic. “I was raped by a doctor,” she says, and then there’s a pause, “which is so bittersweet for a Jewish girl.”

Did you laugh? Did you grimace? Or did you stop reading once the word “rape” appeared after the word “joke,” believing that some subjects are simply—and strictly—off-limits for comedians? “I don’t have it in me to find rape jokes funny or to tolerate them in any way,” wrote Roxanne Gay in Salon (and again in her recent book Bad Feminist). “Rape is many things—humiliating, degrading, physically and emotionally painful, exhausting, irritating. It is never funny for most women.” But Gay conflates laughing at a rape joke with laughing at rape—is that the case? Or is there another formula for a successful rape joke?

Earlier this month, before the Golden Globes red carpet had even been unrolled, co-host Tina Fey announced that she and Amy Poehler would Go There and joke about the sexual-assault allegations against Bill Cosby. And so they did, to mixed reaction in the room and across the internet. The Atlantic contended that the rape joke worked because it had a point: to offer support to the dozens of women accusing Cosby of sexual assault; to bring those allegations to the attention of the award show’s 19 million viewers; and to redefine, indelibly, Cosby’s public persona (“I put the pills in the people!”).

Esquire, on the other hand, felt the joke fell flat, partly in its execution (risky subject; stale treatment) and partly in its context. “The Golden Globes joke isn’t just too soon,” argued Stephen Marche, “it’s also too late.” Comedian Hannibal Buress called out Cosby for being a rapist in October; Fey herself wrote a Cosby rape joke back in 2009, on an episode of 30 Rock. So the thrill of speaking the unspeakable has passed—what’s so funny about the fact that this man is still walking around, still doing shows, and, incredibly, joking about the allegations against him?

Both The Atlantic and Esquire imply that a successful rape joke must have some larger purpose: to instruct or break a taboo or serve as a call to arms. We’ve grappled with this issue before. In 2012, after comedian Daniel Tosh volleyed some seriously questionable rape jokes during a stand-up routine, Lindy West wrote a much-read Jezebel post called “How to Make a Rape Joke.” She acknowledged that “the world is full of terrible things, including rape, and it is okay to joke about them.” But the best comics, West said, use their art to challenge those terrible things and make them better, not worse. How to do it? “Easy shortcut: Do not make rape victims the butt of the joke.”

Jessica Valenti echoed that sentiment in a post for The Nation titled “Anatomy of a Successful Rape Joke.” The key, she argued, is for the joke to “subvert rather than terrify.” So here’s Louis C.K. skewering awful male entitlement. Here’s Tig Notaro targeting mansplaining and rape culture. And here’s Sarah Silverman again, with what feminist writer Kate Harding said might be the most perfect rape joke ever crafted. “I need more rape jokes,” Silverman laments, before admitting that these jokes aren’t all that risky. “Who’s going to complain about rape jokes? Rape victims?” she asks. “They barely even report rape.”

Of course, comedy resists dissection—no faster way to kill a laugh than by explaining it—and there isn’t a handy algorithm for successful rape jokes. (If there were such an algorithm, though, it might look something like this: ha = cultural climate [minus] rape victims [multiplied by] subversion [to the power of] taboo) But even if it is possible to joke about rape, should we, really? Let’s give the last word to Tabatha Southey in The Globe and Mail: “To tell women comics they can’t joke about rape is to tell women they can’t talk about rape, something women have been told enough.”