How social media can fight sexual assault on campus 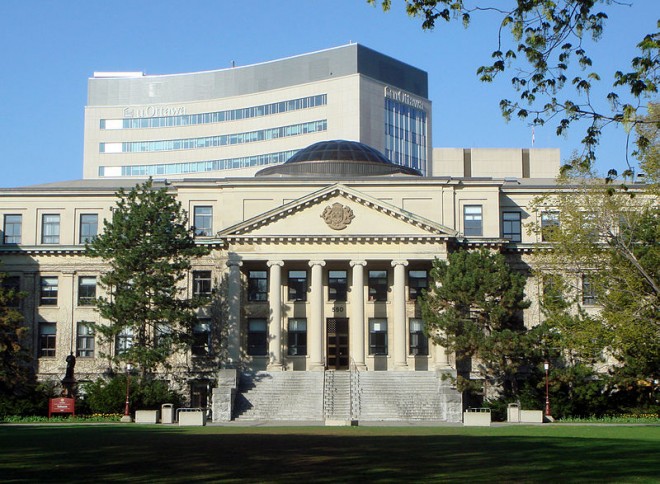 Today, the CBC released the results of an investigation into the number of sexual assaults reported on Canadian post-secondary campuses — and they’re shockingly low. Just over 700 sexual assaults were reported between 2009 and 2013 at 87 post-secondary institutions (an average of roughly 8 per school). At the University of Ottawa, only 10 students reported an assault during that timeframe — yet according to a recent U of O student survey, as many as 44 percent of female students experienced some form of unwanted sexual contact while at university.

To better understand the challenges of reporting sexual assault on campuses, we talked to Dillon Black, a project coordinator with the Ottawa Coalition to End Violence Against Women (OCTEVAW). Black recently organized a two-year sexual violence prevention project on local campuses. It includes a mobile app and #JustGotWeird, a social media campaign launched in September to get students speaking out about situations on campus that send up red flags. Here’s what she had to say.

“In my first year of university, I was sexually assaulted and I didn’t receive the type of support that I needed. My experience of not being believed and not being taken seriously, well, it was awful. It really pushed me away from getting more support. I think services are improving, but at the time—probably eight years ago—it wasn’t a reality. I ended up quitting school and my family didn’t understand what was going on, and it took a lot of energy and healing and support for me to go back to university.

We know that in the first eight weeks of the school year, young people are at a very high risk of experiencing violence, which is why it’s one of the best times to intervene. Young women are at the highest risk. They are away for the first time. It’s a new environment and they’re trying to explore their identities and figure out where they fit in. A lot of factors go into creating a culture in which sexual violence is prevalent—especially during frosh week and orientation activities—because people don’t necessarily have the tools to be able to identify situations of violence and they’re often experimenting with drugs or alcohol for the first time.

It’s difficult to speak to young people about sexual assault. A lot of them don’t want to talk about it, especially young men. I don’t think we’ve engaged young men enough, and we’re at a time right now when we’re recognizing that they have a crucial role to play in ending violence.

Creating materials and campaigns that are relevant to young people and speak to their experiences is the most important thing. When I was out talking with young people, I was surprised to discover that a lot of them don’t know what consent means—what it is, how to give it, how to receive it. And then you have young people who don’t know what violence looks like either. So there are a lot of grey areas. For our campaign, we really wanted to create a hashtag that captured that feeling. If you’re at the bar and you see someone who is really drunk and someone is trying to take them home, you know it doesn’t make you feel good, you know there’s something about it that just isn’t right, but you don’t necessarily know what about it is wrong. #JustGotWeird is designed to help students understand the full range of sexual violence on campuses—and figure out what to do about it. We wanted to start conversations about things like harassment, sexual coercion, inappropriate and degrading remarks, unwanted flirting and date rape.

The campaign promoted our R.I.S.E. app, which outlines these situations and offers suggestions for what to do about them. We used Twitter, Facebook and OC Transpo bus ads to drive young people to our microsite, justgotweird.com.

We wanted to make the campaign more engaging than just another poster with a stat. And it was important that it was geared towards men and women, and wasn’t shaming anyone. We also led bystander intervention training with frosh facilitators and student union reps on campus and included #JustGotWeird materials in all of the frosh kits. That, combined with the number of people who attended our events and workshops, our engagement with the hashtag and traffic to the site gave us a reach of over 50,000 students. We’ve definitely seen the success of the campaign.

A lot of campuses have their own systems for investigating and reporting sexual assaults. I don’t know that they’re equipped to do that. Often the police won’t even be involved. A lot of campuses are really lacking in resources and support for victims of sexual assault. If students feel like they’re not able to get the type of support they need, they’re not going to be reporting. Universities need to realize, first of all, that it is an issue on campus, because a lot of administrations don’t want to acknowledge that.

It’s really important that when someone discloses violence, they’re automatically believed, whether they’re telling a counselling service, a family member or a friend. We saw that with Jian Ghomeshi: People came forward and said, “This is my experience,” and others were like, “No, it wasn’t.” Only after so many people came forward did people start saying, “Oh, maybe this is true.”

As told to Dominique Lamberton. This interview has been edited and condensed.