Whether or not she wins her $16 million discrimination lawsuit, the Reddit CEO's fight against "nerd entitlement" matters for all women in the workplace. 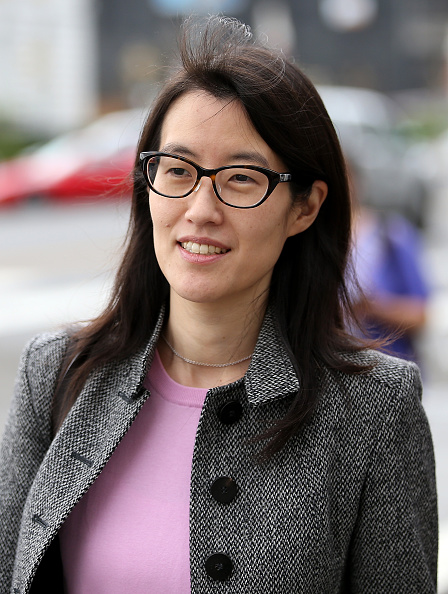 For those of us outside the tech and business worlds, the sex-discrimination lawsuit now unfolding in San Francisco can seem like a rarefied affair: an elite venture-capital firm, Kleiner Perkins Caufield & Byers, is being sued for $16 million in damages by a former junior partner, Ellen Pao. It’s a case of millionaire versus billionaires, taking place within the most exclusive and high-powered corners of the tech industry. And yet it’s a case that has broad implications for women and workplaces everywhere.

In a nutshell: Pao launched a lawsuit in 2012 alleging that Kleiner Perkins was hostile to women. Among other charges, she has described a meeting where she and another woman were relegated to note-takers, and a company dinner that excluded women because one male partner said they’d “kill the buzz.” She also said that a Kleiner Perkins partner presented her with a copy of Leonard Cohen’s sexually suggestive Book of Longing, while informing her that “the personalities of women” did not lead to success “because women are quiet.” Many of Pao’s male colleagues were promoted to senior partner while she was passed over. More significantly, Pao alleges that she was pressured into an affair with a married colleague, who turned against her when she broke it off.

The tech world prizes itself on being a meritocracy: a creative, liberal place where the quality of the idea is what counts. The reality is that most large tech companies have a workforce that is less than 30 percent female, and studies have found that as many as half of the women working in science, technology and engineering quit because they find the workplace hostile. With women representing 20 percent of its workforce, Kleiner Perkins is actually seen as a beacon of progress among venture-capital firms—on average, female employees make up just four percent of their staff.

As Stanford law professor Deborah Rhode said in a story on the New Yorker website, “The sort of evidence you’re seeing in the Ellen Pao case is very typical of what’s out there in Silicon Valley. There are no smoking guns; much of it is what social scientists call micro-indignities—small incidents that viewed individually may seem trivial, but when viewed cumulatively point to a practice of insensitivity and devaluation that can get in the way of work performance.

These subtle forms of workplace discrimination aren’t limited to Silicon Valley. Plenty of women can relate to the whiplash-inducing criticisms levelled at Pao by her former bosses: She was condemned for seeking recognition of her work and condemned for not promoting herself; she was known to “raise her voice” but “could not own a room.” Even her own mentor described her as having “a female chip on her shoulder.”

But unlike other male-dominated professions, the sexism perpetuated by the brainy geeks of the tech industry often gets excused by the fact that it is a world ruled by former underdogs. An executive at Kleiner Perkins even said that the most successful entrepreneurs are “very clearly white male nerds who had no sex or social lives.”

The same thinking holds in the related world of gaming. I recently interviewed Brianna Wu, a game designer who has been the target of violent threats for advocating for gender equality. She said that people regularly dismiss her harassers as “just a bunch of teenage boys” blowing off steam. Aggressive geeks are seen as a joke, not a serious threat, while outspoken women like Wu are accused of overreacting, then tormented with abuse whenever they raise the issue of sexism.

Similarly, men at places like Kleiner Perkins can be blind to their own privilege, just because they represent the chess club and not the football team. Even this week, with the Pao trial all over the news, two men on a South by Southwest panel discussing innovation and diversity in the tech industry were criticized for repeatedly interrupting their fellow panellist, a woman. Meanwhile, Pao herself, currently the interim CEO of Reddit Inc, is a popular subject of discussion and scorn on that very site. In between insults about her appearance, one of the more popular comments reads: “Two degrees from Harvard and one from Princeton and she’s still dumb enough to get ‘pressured’ into sleeping with a married co-worker to get ahead in her career.”

For a lot of these men, what’s at work here is something that’s been called “nerd entitlement.” It’s the fantasy outcome of a tribe of Steve Urkels who spent their formative years relegated to the sidelines by popular jocks and pretty girls, being mocked for their obsessions with JavaScript and The Legend of Zelda. Now, armed with their tech skills, lucrative start-ups and sheer tenacity, they’re finally getting the wealth, fame, power, and female attention they feel they deserve. Call it the ultimate revenge of the nerds. But these guys seem to forget that Pao and her female cohorts in the tech world also happen to be smart, hard-working, ambitious nerds. Aren’t they entitled, too?