Rape is a crime, even on campus

Universities and colleges should be places to learn, try on new ideas and even to allow for some spectacular screw-ups. But when it comes to sexual assault, it’s time to treat students like adults. 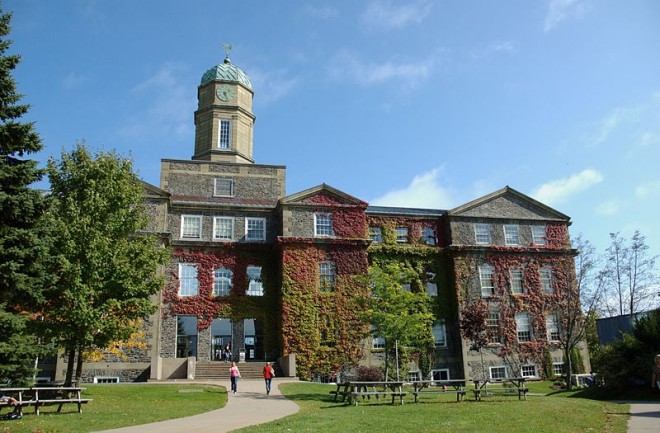 When I was an undergraduate at the University of Toronto in the 1990s, the focus of feminist political action was Take Back the Night marches, petitions to improve lighting on pathways and the creation of buddy systems to escort women between classes after dark. The belief back then was that the threat of sexual assault came primarily from strangers waiting to pounce from behind bushes. In the 20 years since, what’s become clear — but more challenging to address — is that an attacker is far more likely to be a classmate, buddy, dorm-mate, boyfriend or professor.

And yet, despite the ever-multiplying evidence from campuses in Canada and the U.S., where each day seems to bring a new chilling report of sexual violence, the response at many universities and colleges has been dismissive at worst, or befuddled at best. This was evident this week when a CBC investigation revealed that only 727 campus sexual assaults had been reported at more than 80 post-secondary institutions between 2009 and 2013, a figure that experts say is inaccurate and disturbingly low. The University of British Columbia, for instance, told the CBC that 16 students reported a sexual assault to the university over those five years, while information from the RCMP detachment at UBC shows more than 70 reports of sexual assault on the campus during the same time period.

This discrepancy — and similarly low reporting numbers at other schools — may reflect that many who want to pursue criminal cases go directly to police. But it also suggests that even though most institutions have internal disciplinary policies and procedures (involving penalties such as suspension or expulsion alongside, or as an alternative to, criminal or civil cases), many students don’t trust that those systems are effective. Given the opaqueness of most of the guidelines, and the lack of a nationally coordinated or standardized approach to handling sexual assaults and harassment on campus, they’re probably right.

To an observer, it often appears that sexual assault or sexually based bullying isn’t a crime when it’s perpetrated by a student. Take the case of the Dalhousie dentistry students’ “gentlemen club” in which a dozen men posted appallingly misogynistic comments, including wanting to have sex with a woman until she was unconscious and making jokes about using chloroform on women in order to assault them. One of the school’s early suggestions to deal with the matter was a restorative justice circle, where students could discuss the impact of the Facebook comments and have the perpetrators make amends. Elsewhere, the case was debated as an issue of free speech — these men may have erred, but these were youthful, stupid transgressions with no real-world consequences or implications, the line went. If you follow the logic, you might conclude that a university is like Las Vegas, only with libraries and exams: what happens there, stays there.

Post-secondary institutions should be places to learn new ways to think and to try on new ideas, and even even allow for some spectacular screw-ups. But that cloistered, and still very much privileged, culture of colleges and universities can also create both the factors that lead to assault (binge-drinking, hazing rituals, lots of unsupervised young people far from home for the first time) as well as the kids-will-be-kids attitude that prevents sexual assault and harassment from being dealt with effectively.

Because here’s the problem: The members of the Dalhousie Facebook group weren’t kids. They were adult men, well into their twenties, enrolled in a professional faculty and a few months away from being licensed to perform medical procedures. And the rape chant sung during frosh week at St. Mary’s University in 2013 (in spelling out the word “young” they sang, “Y is for your sister … U is for underage, N is for no consent….”) shouldn’t be chalked up to typical teenage shenanigans. Moreover, schools can’t solve these incidents with stern, keep-it-in-the-family time-outs, as though those involved are third-graders.

It’s much easier to prosecute the creepy stranger than to recognize that the polite guy from Introduction to Political Science would force a woman to have sex if he knew he could get away with it, or to acknowledge that the charming future dentist makes jokes about drugging women, or to accept that the star athlete shared pictures of his teammates groping his drunk girlfriend.

The ubiquity of these incidents suggests that at least some of those offenders believe their behavior is permissible, just another aspect of the post-secondary experience, like pulling an all-nighter or taking a gap year. And the fact that universities and colleges don’t have the reliable stats or information on the problem, that their own internal policies seem rarely understood or enforced, gives more credibility to that belief.  In the real world, however, “student” and “rapist” are not mutually exclusive.