The road ahead for Ghomeshi's accusers

What’s life like for an alleged victim in a high-profile sexual assault case? A step-by-step look at the legal and personal implications of telling your story in court 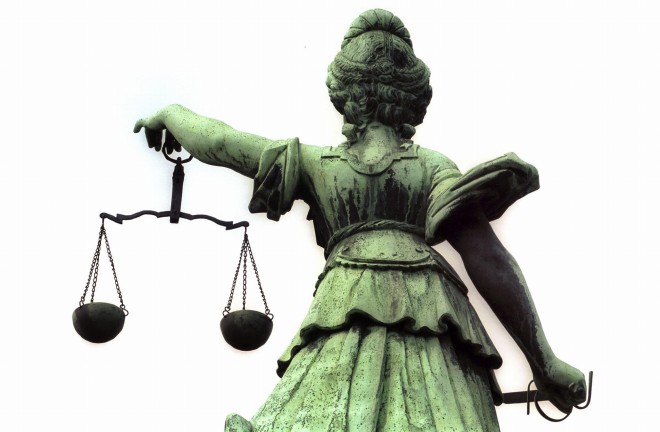 For a month after the allegations against him surfaced, Jian Ghomeshi was in hiding, but he remained a persistent figure in the public consciousness: Where is he? When will he surface? What will he say and what will happen to him?

Last week, we got the answers. After a period in seclusion at a cottage northeast of Toronto, Ghomeshi emerged to face criminal charges — four counts of sexual assault and one of overcoming resistance by choking. He said little to the court and nothing to the media; his lawyer informed a scrum of journalists that he would be pleading not guilty. That means Ghomeshi’s accusers now face a series of incredibly complicated legal hurdles: months of hearings, a trial, the ensuing media circus and, finally, a verdict. On top of that, as their personal lives are scrutinized by lawyers, it is very likely that these women are contending with complex emotional and psychological trauma. We asked criminal-defense lawyer Alison Mackay and former Crown prosecutor Sandy Garossino to explain, in detail, the legal process complainants can expect when pursuing a conviction. Farrah Khan, an advocate and counsellor with Toronto’s Barbra Schlifer Clinic, provides insight into the personal challenges they can experience.

Farrah Kahn: If a woman comes in for counselling after charges are laid, a lot of the issues she’s working through are often related to blame. [Victims] are often told by the abuser that they brought this on themselves, and they might hear those victim-blaming statements from people they love. They may hear it from the police. There’s so much pressure on them to recant their stories… to drop charges and to not make a “big deal” of something. They can feel very isolated, especially if they’re charging someone in their family or their community.

Alison Mackay: Generally, if the accused is released after a bail hearing, in the three weeks after charges are laid, lawyers will receive the disclosure—witness statements, police notes and any medical records. In most cases, they’ll videotape the complainant. The defence meets with the Crown attorney and a judge [for a judicial pre-trial]. At that point, they will decide if the case is going to trial or if there’s any hope for resolving. For more serious cases, there will be a preliminary hearing anywhere from six to 12 months after that. It could be a year and a half to two years until trial.

Sandy Garossino: On a number of occasions, the victim will come in for interviews, often several with Crown counsel. People should know that defence counsel will really prepare the accused for any questions that will come to them if they’re going to take the stand and for very difficult cross-examinations. But the Crown is not the victim’s lawyer—they are duty bound to see that justice is done, not to see that there is a conviction. They’re not going to coddle the victim, or overly prepare her. In that sense, victims may commonly feel that the system isn’t really pursuing their interests — and that’s actually true.

FK: Women will come in to counselling saying they’re having flashbacks or night terrors. They’ll say they don’t want to eat or that they want to eat a lot. People I’ve counselled have taken disability leaves from work. They couldn’t function because they were so dissociated. There’s a lot of fear around when the trial will happen. It can feel like a second assault.

SG: Courts are open to the public, but typically, the parties have just brought family and friends. (In a case like Ghomeshi’s, the court’s going to be packed, and there’s going to be media there.) Victims are really terrified of the process—it’s foreign to them, and it’s intimidating. Once they are in court, though, it feels like a conversation. Trial is difficult and imposing, but it’s more the anticipatory fear than the actual experience of it.

AM: If the [victim’s] mental health is not good, and there was a concern that they would not be able to speak properly to get the evidence out, the judge could allow them to testify from another room or with a screen in front of them. But they would have to be truly emotionally distraught. Maybe if the facts were really egregious — if there was a horrific beating or an attempt to really seriously harm them.

SG: There can be other people who were around at the time of the abuse who can testifyon the witness’ behalf. It generally isn’t just one witness against the accused. There’s also DNA evidence, clothing that was torn, photographs taken showing any kind of bruising, phone records, receipts from bars, and so on.

AM: The Crown will call its first witness, the defence will cross-examine them, and then the Crown will re-examine them. Testimony will usually last one day for each witness, but it depends on the witness and on the lawyer’s style. Some may do a cross-examination in an hour, and others may want to take a day and a half or longer.

FK: A lot of our work as sexual assault counsellors is to support the survivor and break down myths they may have internalized. And then they’re in court, they’re telling their story, and they have to prepare to see the person who physically and sexually harmed them. They feel like no one believes them, and that is kind of validated when the defence is ripping them apart. All of a sudden they feel like they’re the bad person, not the person who raped them. You’re on trial, and who you are is the problem.

SG: Defence counsel’s job is to undermine the credibility of anyone whose evidence hurts their client’s case. They have one interest, which is to pursue an acquittal or a low sentence for their client.

AM: Remember, judges are there to control a courtroom, so they’re not going to let a criminal lawyer just ask anything to embarrass the witness. All questions must be relevant to the case.

SG: The Crown will take the victim through the evidence surrounding the incident. They’ll set up the preliminary elements—had there been a pre-existing relationship with the accused? Was this event out of the blue? They’ll just sort of setup the narrative. And the witness is telling a story. They’re not expected to have a photographic memory. You can’t ask the victim about prior sexual activity unless it is relevant to the situation. You couldn’t just say, “This girl slept around a lot.” And you’re not going to go into the details of past relationships. But you’ll get quite deeply into the incident itself. It’s incredibly painful and complicated to tease out information about what happened between the parties.

AM: If a woman went to a counsellor, we could then apply for a third-party record to get that interview with that counsellor.

SG: The defence will ask general questions at the beginning to establish rapport. They’re not going come out swinging and make you look horrible right away. Then they will start to probe elements, asking things like, “Well, how accurate is your recollection?” “Were you on prescription medications?” “Do you have a history of mental illness that may have affected your perception or recollection?” “Did you text or email or have any other communication that may conflict with what you’re now saying?” Cross-examination is about trying to chip away at the strength of your evidence. The job of the defence, broadly speaking, is to sow doubt. It isn’t to make you look horrible, like a liar. A lot of it will be about consent and what you said and did in the weeks following the event.

FK: Sometimes the defence will say, “Why did you go on a second date with him?” Or, “What were you doing at that party?” “Why did you choose to sleep in the same bed as this person?” Usually the perpetrator knows the [victim]. Oftentimes, [the victim] is questioned about why she had that friend in the first place.

SG: If someone’s got mental health problems, addiction issues, or if they had been drinking or consumed drugs, these are the kinds of things that, in strong, nuanced ways, can undermine how their evidence is perceived. The jury will then go off to deliberate — it could be an hour, or it could be two days or longer. I’ve had several days of jury deliberation and then there’s a mistrial.

AM: A smart Crown will ask to ban publication of the complainant’s name right at the start, from that first court date…. But in a high-profile case, the jury is going to be hearing so much already. It’s going to be hard to get [a juror who’s] not already biased, especially with social media.

FK: The [victim] can feel maligned in the media, if it’s a high-profile case. Oftentimes, the perpetrator can speak more freely than the woman who was assaulted. Even with Jian Ghomeshi, he got to frame the conversation before things got out. So many people were [instantly] tweeting, “Poor guy,” and “These crazy women.” The Steubenville case is a great example, too. Journalists said, “These young men’s lives are ruined forever.” In the Kobe Bryant case—that woman had to leave the state because people were obsessed with finding her, [calling her] a “gold digger.” And with Jian Ghomeshi, people were like, “Oh, we don’t want to ruin this guy’s career.” We say for people to come forward, but the community can completely attack them for trying to get justice. It makes people question what justice looks like.

SG: [With respect to the Ghomeshi case], the status and stature of the accused is something that doesn’t get ignored. It’s never explicitly addressed; it’s just there. We always advise complainants not to give statements to the media and not to talk to one another. Any inconsistency between what they say to the media and then under oath at trial…the defence is going to go at that.

FK: If the [accused] doesn’t get charged, it can feel like a letdown. People are told all the time that if you trust the system, if you’re telling the truth, the system will protect you. If they get [a conviction], survivors can feel like, “Wow. People heard me. This is justice.”

SG:  If there’s going to be an acquittal, it’s about doubt, not that nobody believes the complainant. Usually [the victim] is believed. That’s how charges got laid — there was a substantial likelihood of conviction. It may just be that the judge or jury feels they can’t be sure. The Crown will explain that [to the victim], but then they’re basically done. Their role is complete from the judiciary point of view.

FK: Survivors have said they felt pride for having gone through with the trial, and glad that they trusted themselves. Women’s testimonies can be such powerful moments for them. They’re finally able to speak about what happened to them, and they have the right to shape the story. I once had a client who just unfurled herself on the stand. She sat up straight and said, “This happened to me. He raped me. This is how he did it.” Whether he was convicted or not, it was a powerful moment.