Kate Middleton took a break from her wedding planning to fulfill her royal duties in Wales, creating a fashion stir while she was there 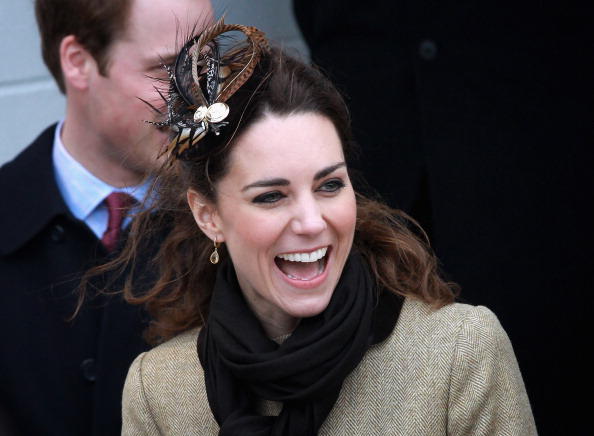 Just when she thought she’d found the perfect arrangement for lazing about all day, watching Coronation Street and eating bon-bons, Kate Middleton’s had a rude awakening. Thursday she was called upon to perform her first official duty as a royal. No, she didn’t have to go to war, marry her German second cousin or dissolve parliament. This job was slightly less demanding — but no less scrutinized.

With her grinning husband along for the ride, Kate ventured out in Anglesey, North Wales (where the prince is stationed as a search and rescue helicopter pilot) to christen a very impressive inflatable lifeboat — with the mandatory bottle of champagne.  She and William then did a bit of a royal walkabout where, it’s reported, the princess-to-be charmed the crowd of around 1000 people and even patted a West Highland Terrier.

The details of the lifeboat christening — the craft is named the Hereford Endeavor, not the Princess Kate — were modestly covered in the English dailies, where the details of what Kate was wearing were front page news.

Sorry for the suspense, but this next part should be read in the voice of Joan Rivers on the red carpet:

The pony-tailed-princess-to-be cut a sleek line in a stunning,  restyled herring-bone coat, which she also sported at the Cheltenham Cup in 2006!  Interestingly, however, the coat (which reportedly cost £700) had been shortened by its London-based designer Katherine Hooker — to show off Kate’s gorgeous gams! The cost of the alterations is a closely guarded secret but my palace sources tell me it was in the “dozens” of pounds!

The very down to earth Royal also wore a pair of brown sued boots and a velvet fascinator (that’s a flimsy little hat!) with a “spray” pheasant feathers on top — by Vivien Sheriff of Wiltshire.  Fabulous!

My verdict:  She looked pretty good.