Imagine being sentenced to 10 painful lashes for driving a car. This billionaire princess is leading a revolution on Twitter for women’s rights in Saudi Arabia 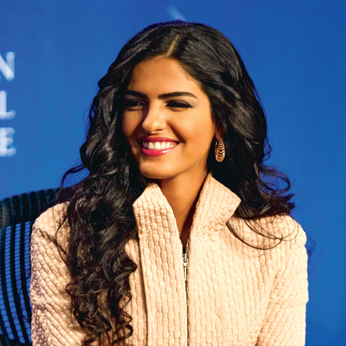 It was the tweet heard around the world: Saudi princess Ameerah al-Taweel announced the royal pardon of a woman sentenced to public flogging. The crime? Daring to drive in Saudi Arabia. But despite the unprecedented reprieve from King Abdullah and the publicity generated from Princess Ameerah’s tweets, the ruling from the sharia court (which enforces the country’s strict religious laws) wasn’t overturned.

The accused woman, 34-year-old Shaima Jastaniah, is now appealing the sentence, but if she doesn’t win she’s faced with 10 humiliating and painful lashes—all for getting behind the wheel one hot afternoon.

Usually when Saudi police catch a woman driving, they let her go after she signs a pledge not to do it again. This isn’t what happened to Shaima. Many believe the court’s extreme verdict reflects a conservative backlash against King Abdullah’s reforms: He has decreed women will be allowed to vote in the 2015 elections and promised to protect their rights. It seems that has antagonized the powerful clergy.

Social media may not bring justice for Shaima, but it’s starting an important conversation. Saudi activists regularly tweet stories of injustice to 27-year-old Princess Ameerah, who uses her social prominence to advocate for equality. Saudi Arabian women are also posting videos of themselves driving on YouTube.

To gain support for her plight, Shaima (who has a master’s in liberal arts from Houston’s University of St. Thomas) called her former professor Nivien Saleh. “Shaima told me she wanted to drive, just like she did in the States,” says Nivien. “And she wanted the same for other women. She feels it’s a basic human right.”

Texas is where Shaima learned to love driving, says Nivien. She cruised around town in her black BMW X5, and after she left, she shipped it home to the Middle East. “Texans are larger than life, and so is she,” says Nivien. One day, the Texan in Shaima came out, and, longing for some time alone, she grabbed her keys. She was caught three hours later.

Now she’ll play a waiting game. “Either way, this nightmare won’t be over for Shaima,” says Nivien. “The appeals court will uphold the ruling and she’ll be lashed, or her case will be pushed back for review.”

While Shaima’s fate still hangs in the balance, her cause has already galvanized women in her own country, as well as people around the world. Even Oprah’s been asked to help by making a video of herself honking for change!

Show your support online at Change.org.