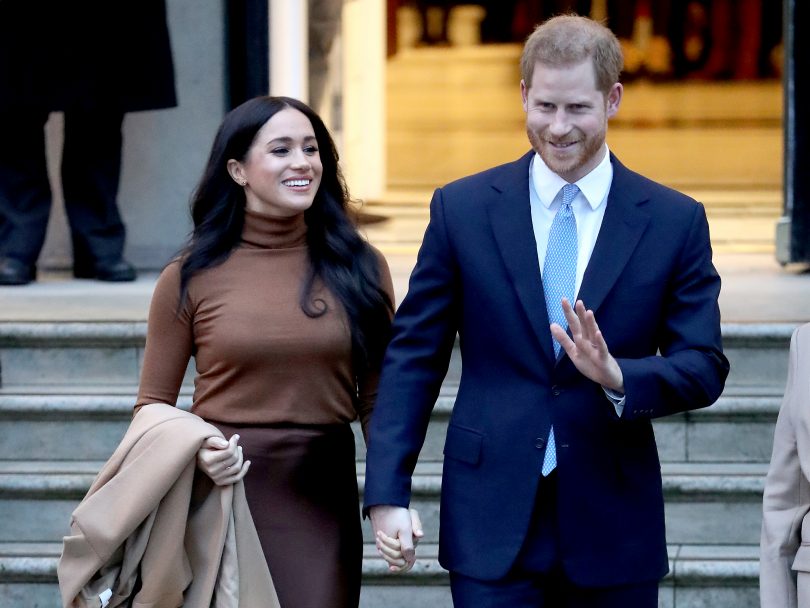 Meghan Markle grew up in Los Angeles, where her mother, Doria Ragland, still lives, and a new report says she and Prince Harry may be spending a lot more time there this summer.

According to E! News, the Duke and Duchess of Sussex have been looking at homes online to see if they can relocate to the City of Angels in the warmer months this year.

“They have started to look at homes online and are in the process of interviewing security teams,” an insider reportedly told the outlet. “They are getting their ducks in a row and seeing if it’s logistically possible.”

“They’ve reached out to people in L.A. and would like to assemble a team of locals,” the source continued.

E! News also reports Markle wants the family to find a Los Angeles home that will allow her to have meetings and “host friends and entertain.” The outlet says Ragland is helping the couple and “is hoping to find something that will fit their needs.”

Harry and Meghan have returned to Canada, where they had spent an extended break from royal duties late last year. Earlier this month, the couple announced they would step down from their senior royal roles and divide their time between North America and the U.K.

Following talks at Sandringham, the Queen issued a statement saying the Sussexes would have a “period of transition” in Canada and the U.K. Meghan was said to have returned to the Vancouver Island home where she, Harry and Archie had reportedly been staying in December. Numerous reports said the Duke of Sussex followed last week, after holding the 2021 Rugby World Cup draw and a fundraiser for his Sentebale charity.

At the latter event, Harry opened up in a deeply personal speech about the Sussexes’ decision, saying the couple are not walking away from their duties and would continue to be involved with the charity.

“What I want to make clear is we’re not walking away, and we certainly aren’t walking away from you. Our hope is to continue serving the Queen, the Commonwealth, and my military associations, but without public funding. Unfortunately, it wasn’t possible.

“I’ve accepted this, knowing that it doesn’t change who I am or how committed I am. But I hope that helps you understand what it had to come to, that I would step my family back from all I have ever known, to take a step forward into what I hope can be a more peaceful life.

“I was born into this life, and it is a great honour to serve my country and the Queen.”