It's less than a month until Ben comes home and I can't help but feel a bit nervous about the fact that once again, I'm going to have to learn to live with someone else. Someone I'm supposed to know like the back of my hand but who has almost become a bit foreign to me. 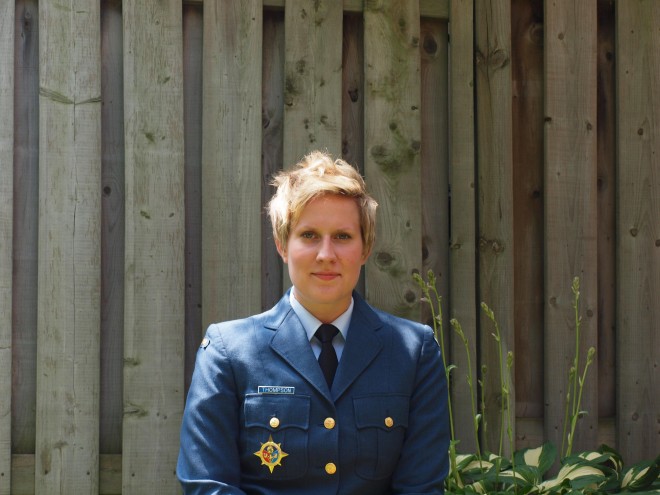 You’re supposed to know the one you love like the back of your hand. You should be able to describe every feature, note the details of the lines in their hands and their smell should be comforting and familiar. Now that Ben is returning home, I worry that we’ve lost those minor details that make up your entire lives together. We’ve just been apart for way too long. I feel worried when I can close my eyes and can no longer see the finer curves of his face.

I also wrote about feeling this way when Ben was coming home for his halfway break and was home for a week. It wasn’t all romance and happiness, ladies and gents. We bickered occasionally as we tried to get to know one another again and allow each other into the other’s space. It was not an easy week.

Don’t get me wrong, Ben and I know each other as well as any couple ready to get married, but at the same time, we’ve spent SO much time apart that I worry we won’t know how to make it work again. Our lives together over the last 2 years have essentially taken place on the internet, vice 6 short weeks of face time mixed somewhere in between. Call me crazy, but that feels far away from normal.

What people often assume is that military families have been apart for a long time, they reunite at the airport all full of hugs and tears (okay…that part really does happen) and then they go home and live happily ever after now that they are finally together again. The thing is, it doesn’t always go that way. That’s not what people want to hear but it’s true and it doesn’t make us bad people. Sometimes, soldiers come home mentally or physically ill and that changes who you are as a person. Ultimately, you’ve been involved in a war. No one will ever come home just as they were. And for the person left at home, you’ve had to cope and make a life for yourself that doesn’t involve them. You make dinner for one. You clean up your own messes. You go out with your friends so the house doesn’t feel so lonely and quiet. You nearly have to create a life that doesn’t involve them because remembering the life you had is almost too darn painful.

So yes, I’m feeling nervous that we might not click like we once did. A lot changes in 2 years, doesn’t it? But then I think of what we had, how special and exciting and bright it was and I believe that love really does find it’s way through the mud that life drags in. If not love, then what else is worth fighting for? Why are we in a war if it’s not to teach people to love another?

Yes, I’m nervous. But if love finds its way, it will remind me to be patient when Ben returns and things aren’t put away where I like them or when I find piles of laundry on the floor. And ultimately, I know we’ll make it work because you don’t fight this long to stay together if you don’t already know it’s worthwhile.