What makes us break up with a celeb? 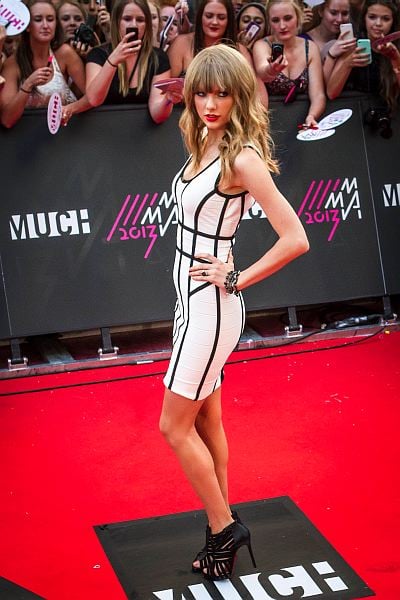 Fame is fickle – or so the saying goes. But, to my eyes at least, it seems that it’s not fame as much as fans that are the real tricksters. Celebrity, once granted, is hard to shake. Spend a year or two in the public eye and you’re doomed to be stopped in airports for the rest of your life as confused passersby try and puzzle out who you “used to be”.

Fame never dies. But public adoration? That has a curious lifespan, flourishing for a brief time and soon replaced by a surplus of ill will. When it comes to celebs, we’re kind of like teenagers. We fall in love hard and fast and our breakups are prolonged and nasty.

Last year, for example, the world was still in the grip of Bieber fever. There wasn’t an entertainment news show that didn’t namecheck the young singer nightly or gush over his goofy rock-star posturing and hip-hop infused Muzak. The same held true for Taylor Swift. The clean-cut blonde appeared on magazine covers, makeup ads, red carpets and was a staple on late-night talk shows.

But just a few months later, both Bieber and Swift’s stars have dimmed significantly. Nobody is burnishing their stardom with hyperbolic praise anymore. Instead, the line to deride the twosome grows increasingly longer. They’ve become the butt of jokes and tabloid fodder.

While I never claimed to be a fan of either — a confirmed adult, I can’t relate to a 17-year-old who’s never had an ordinary job, never been audited by CRA, or hasn’t had a pap smear — the 360 in public opinion is a bit confusing and I can only imagine how baffled the pampered singers are by how quickly everything has gone sour.

What’s made the difference? It’s hard to tell. I can’t quite see how Swift has changed that much from then to now. Even her hair is the same. Same goes for Bieber. He’s just as silly as he was 12 months ago. And it is not as if culturally we’ve become more discerning and that explains the shift.

The problem may be that there are too many one-dimensional pop culture sensations and too few compelling talents out there to hold our attention beyond the span of a pop song. Maybe if we seek out the latter more often we can enjoy the fruits of a longer, richer romance rather than settle for the brief thrills of a teenage crush.