Canada will welcome 1,200 Yazidi refugees — here’s what you need to know

Two years after a devastating ISIS attack on the religious minority group in northern Iraq, Canada has committed to helping Yazidi women and girls. 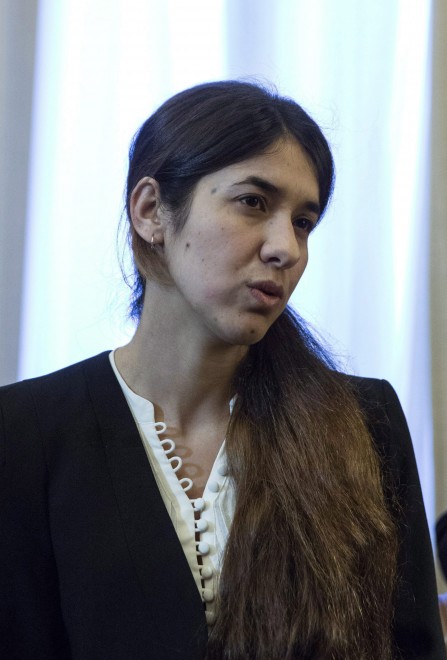 The Canadian government has confirmed it will give asylum to 1,200 Yazidi refugees before the end of 2017 — and that nearly 300 people from the northern Iraqi minority have already arrived.

Back in October, Parliament unanimously passed a motion that would bring Yazidi women and girls who survived sexual slavery at the hands of ISIS to Canada between mid-November and February. (The motion did not include a number of refugees.) The decision was a victory for activists and politicians who, for the better part of a year, urged the Liberal government to extend the generosity it showed Syrian refugees to Yazidi women and girls.

The announcement came just days shy of the four-month deadline that was set in October. Immigration, Refugees and Citizenship Minister Ahmed Hussen said the government won’t rush their arrival, and that they’ll protect the Yazidi refugees’ privacy, so as not to imperil any relatives still trapped by ISIS. Though the motion addressed women and girls specifically, Hussen said men and boys will also be brought to Canada in order to keep families intact.

The Yazidis are a religious minority group who have been brutally targeted by ISIS in northern Iraq, resulting in what the United Nations has called a genocide. The sexual violence committed against Yazidis is considered to be among the worst atrocities happening to females in the world right now, according to the UN.

“For us to see Canada not accepting the injustice that was committed by ISIS is something very important,” said 23-year-old survivor and activist Nadia Murad Basee Taha at a press conference before the vote last summer. Here’s what you need to know about the Yazidi people, the crisis and what Canada is doing to help.

What is the crisis facing the Yazidis?

On August 3, 2014, ISIS militants attacked Sinjar Mountain in northern Iraq, where Yazidi people have lived for generations. ISIS, or Daesh as they are known locally, separated the men from the women and killed the men before taking the women into captivity. Yazda, an advocacy organization, has estimated that 5,000 Yazidis were killed in the massacre and 7,000 kidnapped. Young boys were forced to become ISIS fighters.

According to a UN report published in June, ISIS put 80 percent of the women and girls onto the slave market, to be sold to militants for anywhere from $200 to $1,500 (USD). Most of the women the UN interviewed suffered “violent daily rapes…many women and girls reported being injured as a result of the rapes, suffering bleeding, cuts and bruising.” Murad Basee Taha reported that she was forced to convert to Islam and pray before being raped by her captors.

There are about 700,000 Yazidis in the world, the vast majority living in the northern Iraqi area targeted by ISIS during the August, 2014 siege. Yazda says 90 percent of the community has been displaced, with the overwhelming majority in refugee camps.

Related: Canada has a ‘duty’ to welcome Yazidi women and girls

Where are displaced Yazidis now?

The UN believes more than 3,200 women and children are still held by ISIS, most in northern Iraq and in war-torn Syria. Others have made it to refugee camps in Turkey and Greece. Yazda spokesperson Murad Ismael said those who remain in Iraq and aren’t in refugee camps are in the Kurdish region of the country where it’s safe for other international aid groups to work.

Over the course of a year, Germany took more than 1,000 Yazidi women and girls who had been held captive by ISIS, and its government has committed $107 million (USD) over three years to bring more Yazidi women to the country. Hussen said Canada will take lessons from Germany on how to safely identify, screen, and resettle these refugees.

What has Canada done so far?

Officials said 400 survivors of ISIS have arrived since October, and nearly 300 of those are Yazidi refugees. (Though the government doesn’t track refugees based on religion, an exception has been made to count Yazidis to ensure they get the specialized help they need.)

There have been small-scale community efforts to support Yazidi genocide survivors through the private sponsorship system. For example, community group Operation Ezra brought at least nine Yazidi refugees to Winnipeg.

What has the government committed to in the next year?

The government promised to bring an additional 800 Yazidi refugees to Canada by the end of December, 2017. (This number is in addition to the country’s annual refugee cap.) It has also pledged to take great care in making sure Yazidi families, a “highly vulnerable and traumatized population,” get the support they need. The effort is estimated to cost $28 million, the Canadian Press reports. Conservative immigration critic Michelle Rempel, who has pushed the government to take action for months, welcomed the announcement as a sign to the international community that they can and should respond to this crisis. She says she will be watching closely to see if Canada follows through on getting the right help to women who were enslaved by ISIS: “That’s very important… That was the spirit of the motion.”

More:
5 easy dinner recipes to make this week
Sick of winter? 10 ways to make things cozier while we wait out the cold
Winter cycling is totally doable — and fun. (We swear!) Here’s how