9 ways the Women’s March transformed my view of protests

I had lost faith in protest as an effective political tool — until I saw half a million people united. 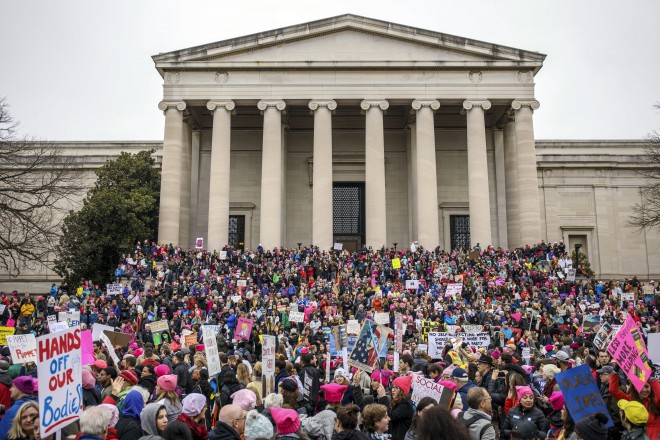 When my editor asked me how I felt about the Women’s March on Washington, I told her I wasn’t really into protests. So of course, she asked me to go.

Don’t get me wrong — I’m committed to standing up for human rights. And I’m looking for something to do with all the anxious energy I’ve stored thinking about what the next four years might bring with Donald Trump as president of the United States. While I know mass demonstrations have been responsible for igniting sweeping changes in the past — civil rights, women’s suffrage, the end of apartheid — a lot of my prime “young protester” years were spent under Stephen Harper’s Conservative government, which wasn’t exactly responsive to organized movements. Given Trump’s apparent disdain for dissent and inability to deal with criticism, my sense was this protest wouldn’t only be ignored, but ridiculed. Indeed, his reaction post-march on Twitter was: “Watched protests yesterday but was under the impression that we just had an election! Why didn’t these people vote? Celebs hurt cause badly.”

But I have to say, after witnessing the march in person, I’ve changed my view of how effective demonstrations can be. Here’s how the Women’s March renewed my faith in the power of protest:

When I arrived at to the march, I got stuck in area where I couldn’t see or hear what was happening on stage. Cell service was jammed. Eventually, I heard the original route to the White House was clogged with so many people — 500,000, to be exact — there wasn’t any room to actually march. Once we finally got going, the momentum of all those people moving in the same direction — forward — made my heart skip a beat. Almost everyone I spoke was also in awe at the sheer volume of people who wanted to be heard.

#WomensMarch – a snapshot of the route near the Canadian embassy pic.twitter.com/mu7bSc6RWM

Not everyone there was an activist

Part of my cynicism around protests comes from seeing the same groups attend all the demonstrations, all of the time. It’s great that a group of people are so dedicated to political action, but disappointing to think of the large majority who might complain loudly on social media about an issue while never stepping away from their laptops. There’s no doubt that this march mobilized tens of thousands of people who have never marched before, and brought the disillusioned (like me) back into the fold.

“This is the most polite mass demonstration ever,” remarked a woman marching behind me. And it really was. While packed in like sardines waiting for the event to get going, you’d think everyone in the crowd was Canadian with all the “Excuse me’s” and “Sorrys” being tossed around. 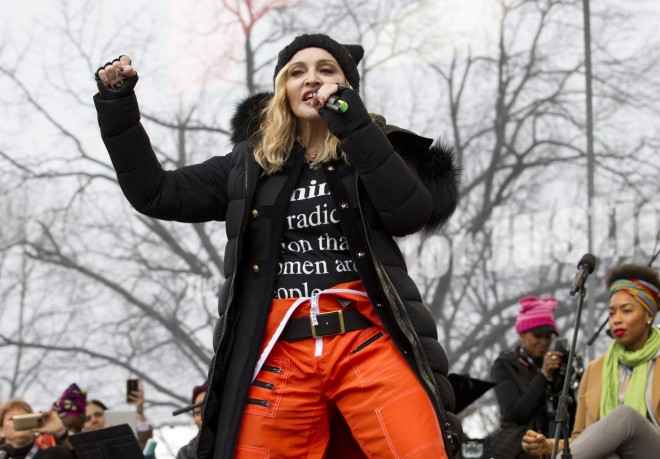 …But the message was powerful

People weren’t so cordial when it came to expressing their support for a woman’s right to choose, the fact that climate change is a thing, and their dismay at having a sitting president who condoned sexual assault. Madonna shocked some with her language on stage (and also because she said she wanted to blow up the White House) but in her words, it served a way to “wake us the f–k up.”

I have no way of knowing what the actual ratio of men to women marchers, but it was higher than I expected, and they participated just as loudly, hoisting signs and leading chants. And let’s not forget all the men who stayed home to look after young kids, so their partners could attend. It was incredibly encouraging to see so many people recognize this as a shared struggle. 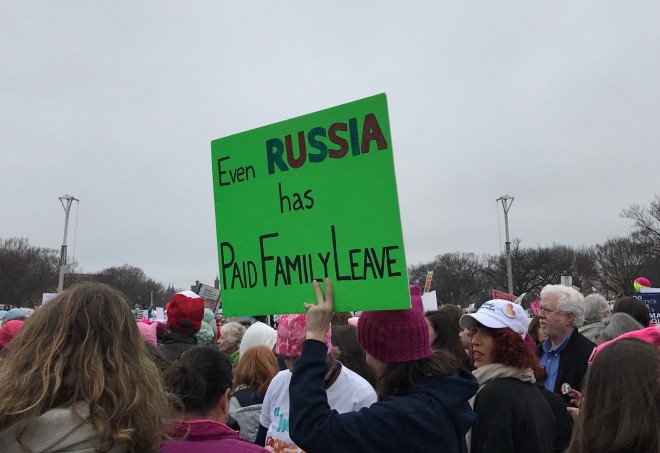 They were just awesome. From pointing out fun facts (“Even Russia has paid family leave!”) to imagined “Bible” verses (“Thou shalt not mess with women’s reproductive rights – Fallopians 4:28”) the time, thought and care put into them was incredible — and a sign (ha ha) of how energized people feel.

Occupy Wall Street was criticized for having no leadership or central message, so I was curious to see whether the Women’s March would feel like a rag-tag band of activists bringing all their issues to the table. While organizers did release an official platform with specific actions, they focused mostly on broad-stroke issues, from racial equality to pay equity. And during the march, there seemed to be an understanding that issues from climate change to parental leave are, in fact, related. Organizers are also trying to translate momentum into action, and held a four-hour session on how to move forward immediately after the march.

Leading up to the event, there was a lot of discussion about racial tension in the feminist movement, stemming from the historical exclusion of women of colour. March organizers stated they were committed to intersectional feminism, a powerful message of inclusivity that is easier to parrot as a slogan than demonstrate in practice. But for me, hearing a relatively diverse crowd chant “Black lives matter,” being surrounded by signs written in Spanish and Arabic, and (this is really cheesy) the simple act of so many people looking me in the eye and smiling, was uplifting. I’m sure not everyone was thinking about how particular policies affect women across education levels, income brackets or ethnic backgrounds. But I felt a recognition that what I face as a Muslim woman of colour is connected to the diverse causes identified by marchers. And that feeling went beyond the platitudes of the opening speeches — it was present in the streets.

I realized this isn’t about Donald Trump

I still believe Trump doesn’t give two gold-plated toilet seats about why 500,000 people marched on Washington. But being there reminded me that protest is so much bigger than one individual — it’s about reaffirming that a government doesn’t determine a society’s values. And after months of feeling down in the dumps about how people like me have been used as political footballs, it served as the little bit of light I needed to see.

Video: Here’s what the Women’s March on Washington looked like