How heckling in the House affects women MPs

A new survey shows that women MPs are more likely to report heckling about age, looks and gender. And some are pulling back because of it. 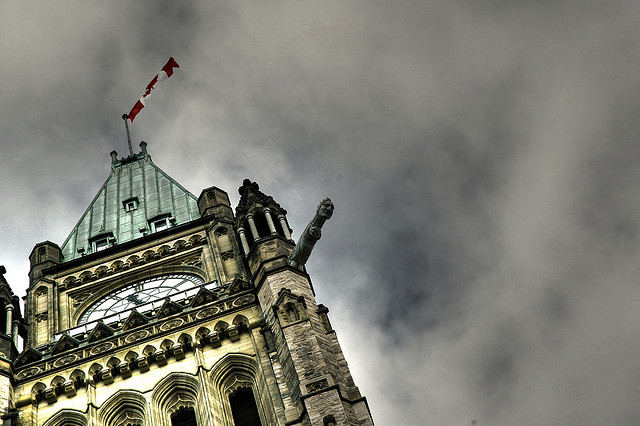 Call it an occupational hazard — insults hurled at you as you stand to ask a question, maybe some unsavoury comments about your weight or your integrity. For Canada’s MPs, heckling is just part of the job. According to a new survey on the time-honoured political practice, if you’re a woman in the House of Commons, you’re more likely to report hearing heckling that targets gender, age, language, religion and looks.

Most MPs hate all the heckling that goes down in the House — a full 69 percent told research firm Samara Canada they think the practice is a problem — yet 72 percent “freely admitted” to throwing down a few zingers themselves.

Roughly 20 percent of respondents said they pulled back in Question Period because of heckling, almost all of them women. One female MP told researchers “[heckling] makes me aware that people are often trying to silence me.” Another said, “This has a serious effect on me … I decided not to listen to Question Period, even if I’m there.”

“I’m sure there are also women who are also in that 21 percent who say heckling enlivens the house,” says Samara’s executive director, Jane Hilderman. “But when we’re designing a Commons, we want to have a diversity of Canadians present in, I don’t think we want an environment that suits only a certain personality type.”

Ten percent of MPs took the anonymous survey between April to May 2015, when the Conservatives were in power and the New Democratic Party lined the Opposition bench. The new Speaker of the House, Geoff Regan, has stated he “will not tolerate heckling,” but Liberal party members haven’t exactly given up the behaviour.

Conservative immigration, refugee and citizenship critic Michelle Rempel says she’s been on the receiving end of comments that show a sexist double standard in the House. Rempel, the MP for Calgary Nose Hill, points to an exchange last month when Immigration Minister John McCallum told her to “look a little more cheerful.” (He later apologized.)

“When I stood up and said ‘I’m not sure if my colleague opposite would have made that comment to me if I were a man,’ and this wall of boos came at me, you do internalize that,” Rempel says. “But on the other hand it’s like, no, I’m standing here, I have a right to be heard in this place and I will be heard. Sometimes it emboldens you.”

Related: 5 women we want to see on Canadian currency

The survey found MPs heckle for three core reasons: 1) to correct omissions, respond to things they think they aren’t true and point out partisan rhetoric in the opposing party’s question, 2) to get that awesome one-liner on the evening news, and 3) to support the “home team.”

NDP MP Niki Ashton — once the youngest woman in the House of Commons — says there’s a difference between yelling “shame!” at an opponent and making a demeaning jab.

She’s had “paragraphs-long” heckles hurled in her direction, has been told to behave more like her politician father, and claims an MP once made a hand gun gesture toward her.

“There’s a role for us to continue to call this kind of behaviour out, but also for those of us that have been around longer to say ‘In this new chapter, we will set a different tone,” she says.

The report recommends the Speaker take concrete steps to penalize hecklers, such as fines. As the government returns next week, half the House will be made up of new MPs — making the likelihood of a real culture shift that much greater.

“We might be hitting a bit of a tipping point,” Hilderman says.