Where Have All The Female Premiers Gone?

Two-time candidate Jennifer Hollett on what needs to be done to get more women in politics. 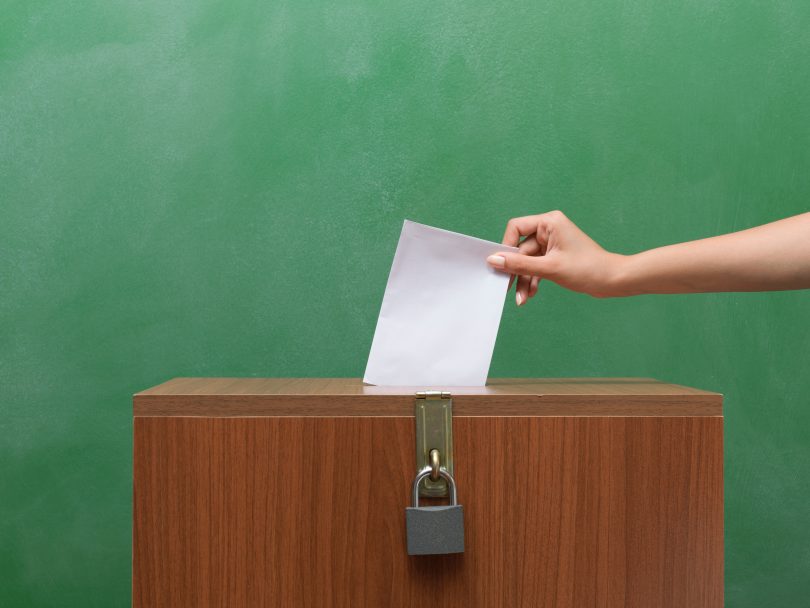 Politics is the worst.

It needs to be said. We can’t have an honest conversation about getting more women in politics without acknowledging this. I know it first hand, as I’ve run for office one and a half times. The first time in the 2015 federal election, in a high-profile campaign against now Foreign Affairs Minister Chrystia Freeland. And the half time, last year for Toronto city council, until Ontario Premier Doug Ford eliminated my ward in the middle of the election with Bill 5, which slashed Toronto city council from 47 seats to 25. This unprecedented and unjust move turned my world upside down and left me feeling devastated. This bill is still being challenged in the courts.

In politics, the odds are bad for all genders. Most candidates lose again and again (case in point: Prime Minister John Diefenbaker lost two federal elections, two provincial elections and one municipal election, before he won his seat in the House of Commons.) For a chance at winning, you have to give it your all. This requires doing things most people hate: walking away from job security (to build a winning campaign you need to leave full-time work), asking close friends and family for money to fund your campaign, and talking to strangers at their doorsteps, uninvited, about the highly divisive topic of politics. For most women, running for office becomes a third job on top of a career and the role of primary caregiver for a child or aging parent. Who wants a third job?

The challenge is no less great for women who aim for the top political positions in our country. To date, there have only been 11 female premiers—and it’s been four decades since the first, Hilda Watson, was elected in Yukon. Most of Canada’s female premiers have been white, except for Nellie Cournoyea, premier of the Northwest Territories from 1991 – 1995 who is is of mixed Norwegian and Inuvialuit heritage and Eva Aariak, premier of Nunavut from 2008 to 2013, who is Inuk. Ontario’s Kathleen Wynne made history in 2013 as the first openly lesbian premier in Canada.

And then there’s the matter of keeping the job once you are elected. This past April, when Rachel Notley went from Alberta’s premier to leader of the official opposition, Canada became a country without any female premiers. In fact, no female premier has ever been re-elected in Canadian history. So, what’s going on?

The role that gender plays in this phenomenon isn’t as straightforward as we might think. “I know people are willing to vote for women,” says Melanee Thomas, a gender scholar and associate professor in the department of political science at the University of Calgary. Part of the challenge of being a woman in politics, Thomas explains, is how the public perceives leaders through misconceived notions of gender, even though we aren’t always aware of it. Just Google “Premier Mom,” a nickname given to both Wynne and former B.C. Premier Christy Clark, for a snapshot of the sexism female premiers face. Thomas points out that even political issues are gendered. Women are more likely to be associated by voters with social issues (such as Notley) and men the economy (like Jason Kenney, Alberta’s new premier), even though both issues are connected—for instance, you won’t find a strong economy without healthy families and a solid education system. When most voters think of leadership, it’s defined by very masculine traits (being strong, assertive, visionary). So while gender isn’t why women aren’t being reelected as premiers, we also can’t dismiss the role it plays in the political system these leaders are navigating. Racialized and LGBTQ2 women face a whole other layer of biases and systemic barriers when running for office.

So how do we change this? “We have to look at a pipeline of having a critical mass of women,” says Eleanor Fast, executive director at Equal Voice, a multi-partisan organization dedicated to getting more women elected at all levels of government. (She also ran for office in the last Ontario provincial election for the NDP, but lost to Liberal candidate John Fraser.) Thomas points to the role political parties can play by committing to gender parity and racial diversity in the candidates they run in elections, especially in ridings where the party is most likely to win. For the past two federal elections—and in the most recent provincial elections in British Columbia, Alberta, Ontario and P.E.I.—the NDP has run the most female candidates out of all parties. And for parties in government, committing to this same kind of diversity in cabinet—as is the case with Justin Trudeau’s current Liberal cabinet and Alberta’s former NDP cabinet under Notley.

All parties also need to focus on supporting more women to run for leadership. At a systemic level that must start with men, who are both are more likely to become a member of a political party in the first place, and more likely to raise their hand to run, says Thomas.

Ontario MPP Mitzie Hunter, who is Black, told me she is being asked to run for leader of the Ontario Liberals by people inside the party and outside of it (which is important, because that’s where the voters are) and is seriously considering doing so. She is also busy working on enacting deeper systemic change: how the party votes for leadership. Hunter is advocating for all party members having the ability to vote for a new leader at the party’s upcoming annual general meeting in June. (Traditionally, Ontario Liberal leadership conventions are voted by elected and appointed delegates, which inhibits both democracy and diversity.) “We need new voices to break through in our party and reflect what is happening in Ontario,” she says. Hunter’s proposed approach, similar to what the federal Liberals did in their last leadership convention, allows candidates to sell memberships and welcome new people (including more women and racialized people) to the party with voting rights.

Gender and politics scholar Thomas also notes something I’m guilty of, alongside many other Canadians: how often we talk about hating politics and politicians. (On the other hand, we tend to speak far more highly about the importance of public service.) This trash-talking is one of the reasons why nine out of 10 Canadians, regardless of gender, don’t want a career in politics, according to a study that Thomas conducted in 2016. Her research shows that women are interested in being in office, just not facing the sexism, social media harassment and abuse that they witness candidates encountering in most elections. I know what she means: when I was running for office, my appearance was often scrutinized. I was told I either wore too much makeup, or not enough. (One voter even bought me a container of spray tan because he felt I looked too pale.) The fact I don’t have children was highlighted by another campaign, which led to a media debate. Men simply don’t face the same scrutiny on the campaign trail.

During my federal campaign, many voters told me that it was a shame they had to choose between two smart, accomplished women. In my short-lived municipal campaign, a supporter of another local woman who was running encouraged me not to run, in order for the other woman to have a better shot at winning. But women running against each other is a sign of progress; there shouldn’t always be just one female candidate per race.

The biggest question I get these days is, Are you going to run for the federal election? No. Not this year. I’m still recharging and rebuilding from last year’s attack on Toronto’s democracy, which left me without a race to run in or a job to return to.

But I will run again at some point. How else do we get to that critical mass?