We’ve all been busy. Meanwhile, the Conservatives have proposed a slew of changes that would affect child care, the environment and more. 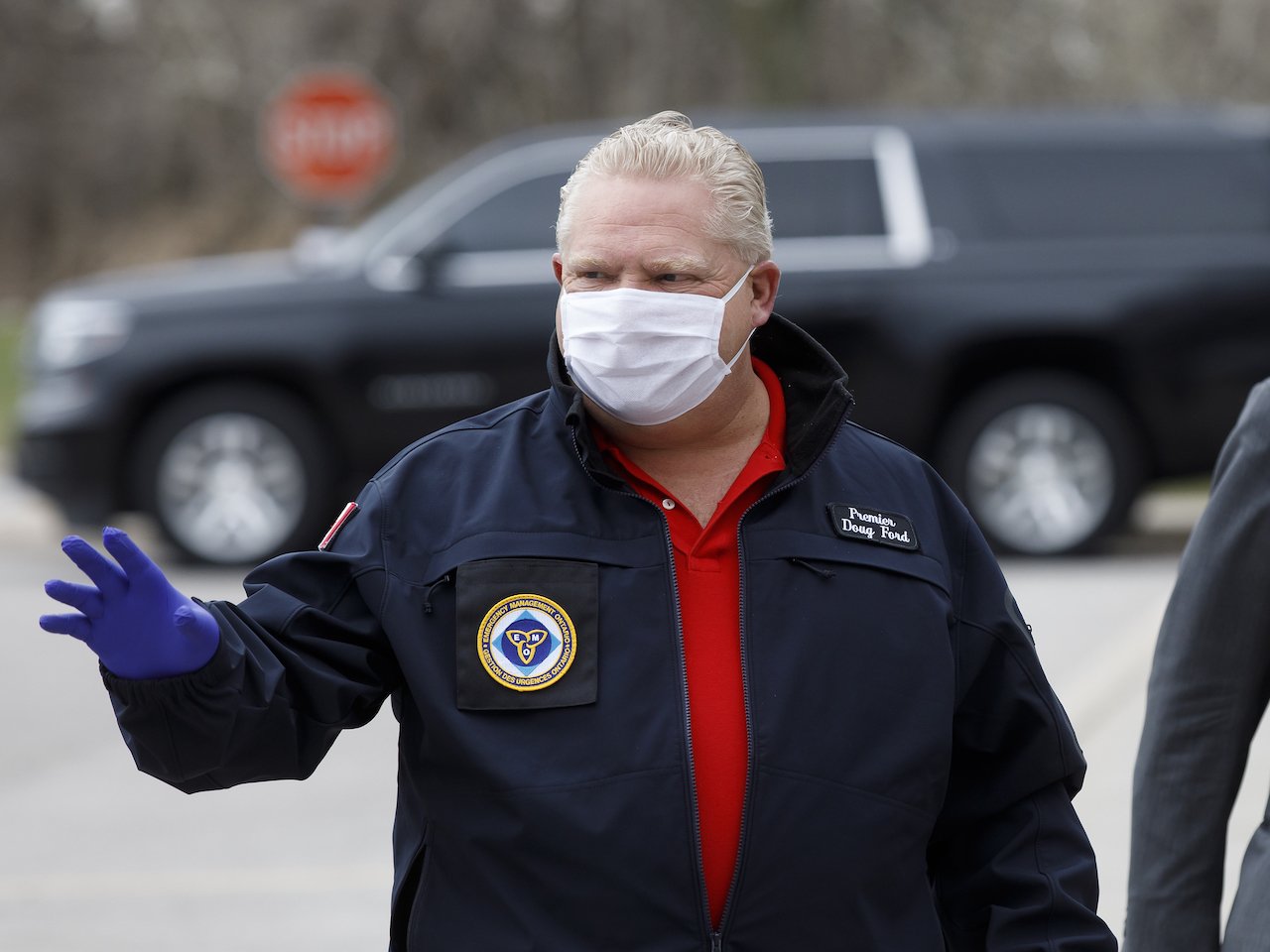 Ontario Premier Doug Ford has been in office two and a half years now, with most of 2020 against the backdrop of the COVID-19 pandemic. The province’s first Conservative premier in 15 years kicked off his term making cuts across the board—affecting everything from environmental protections to health care—in service of a campaign promise to eliminate an $11.7-billion deficit.

That deficit is now projected to increase to $38.5 billion by 2021, due to record emergency-time spending. But while COVID-19 may have veered the Ford government slightly off its main path, it hasn’t strayed entirely. Using the pandemic as a justification, the government has continued to propose a slew of regulatory changes that it says will cut costs. Many leave onlookers concerned about the state of Ontario’s environment, municipal governments and more.

Most of the changes still need to be voted on in order to be implemented, but we’ve all been busy. So here are some key government actions you may have missed.

In October, the Ford government proposed a number of changes to child-care regulations that would affect the size, composition and oversight of groups of children being cared for.

At the moment, infants and toddlers are grouped separately—different staff members take care of infants that are 0-to-18-months (who are usually in diapers and unable to walk or feed themselves) and toddlers that are 18-to-30-months (who are more independent, but also more likely to fall or wander off). Up to five children 18 months and older can be taken care of by one staff member, and up to 15 children can be in one room.

The proposal is to expand that lower age group, allowing the same staff member to take care of any child, from a newborn up to 2 years old. The child-to-staff ratio for children 24 months and older would be increased to 1-to-8, and the maximum number of children in one room up to 24. There’s also a proposed loosening of certification requirements at licensed daycares: staff would no longer need to be a member of the College of Early Educators and supervisors wouldn’t need prior experience in a provincially licensed childcare environment (“general children’s programming” would be sufficient).

A spokesperson for the Ministry of Education told the Toronto Star these changes would provide a “greater continuity of care during (a child’s) first years” and increase the number of child-care spaces. Critics are concerned about further strain on an already-crammed sector, as well as increased burdens on staff caring for more children, both infants and toddlers at the same time. The legislation is still being reviewed, but public consultation ended November 20.

“Supporting Ontario’s Recovery Act” is a 250-page omnibus bill that lays out the government’s plans for pandemic recovery. Many Canadian governments have used such massive bills to obscure controversial ideas, and this one has several small yet concerning proposals.

One legislative amendment that has gotten some attention would prevent lawsuits against people and organizations “that make an honest effort to follow public health guidelines and laws relating to exposure to COVID-19.” This includes retirement and long-term care homes, which saw over 80 percent of Canada’s known COVID-19 deaths in the first few months of the pandemic, and are seeing a surge in cases amid the country’s second wave.

Lawyers say requiring owners and operators to show a “good faith effort” to protect people from the virus would be an extremely low bar. As such, the proposal heads off many potential negligence claims, likely making it significantly harder for long-term care facilities to be held accountable for any harm caused during the pandemic. A number of class lawsuits have already been filed against long-term care providers over the deaths and mistreatment of seniors.

Ford has denied that the bill would restrict any accountability process for “gross negligence.” The legislation would also apply to retailers, charities and non-profits, as well as coaches, volunteers and minor sports associations. Protection would be extended retroactively to March 17, when Ontario first implemented emergency measures as part of its pandemic response.

Usually, plans for any project that might affect the environment must be shared publicly for consideration and comment. In April, the Ford government temporarily suspended environmental public oversight rules to accelerate the approval of coronavirus projects, without specifying what these projects may be.

While the rules were eventually reinstated, the stage had been set to allow for changes to a series of environmental regulations, in the name of prioritizing response to the pandemic. The most significant of these is a proposed change to the way Ontario’s 36 conservation authorities oversee development along flood plains.

The change would shift the power of approval for development applications from local conservation authorities to the Minister of Natural Resources and Forestry. Word of the looming regulatory change came weeks after conservation authorities were told to “wind down” programs that did not relate to their “core mandate” (what exactly that meant was unspecified).

Last week, Ontario auditor general Bonnie Lysyk expressed concern about what she called the Conservatives’ “non-compliance” towards environmental law. Her report said the government hadn’t collected enough data to monitor endangered species protections, and was on track to miss its 2030 emissions reduction targets.

Also squeezed into the omnibus COVID-19 recovery bill is an amendment that would ban Ontario municipalities from using ranked ballots in the 2022 elections for mayors and councils. Under the existing first-past-the-post system, whoever gets the most votes wins, even if the winner’s total number of votes is less than half of all votes cast. A ranked ballot system gets voters to rank candidates based on preference. A candidate who gets more than 50 per cent of the vote wins. However, if no one receives more than half the votes cast, the candidate with the least votes is eliminated and a second round of voting takes place until the candidate with a true majority wins.

In 2018, London, Ont. became the first Canadian municipality to hold a ranked ballot election, and has used the system successfully ever since. Kingston, Ont. and Cambridge, Ont. were also planning to shift towards ranked ballots. Councillors in these municipalities are decrying the government’s amendment, saying that the province is interfering in local decision-making.

Ford has legislated municipal politics before: when he first came to power, the government cut the number of wards in Toronto in half less than three months before the 2018 municipal election. He said he’s sticking with first-past-the-post so that voters “don’t have to be confused” by a new system. This is despite the fact that he won the provincial Conservative leadership race via a ranked ballot vote.