From the Liberal majority to a record number of women in parliament, these are the election's biggest surprises.

It began right away — that red tide swallowing up long-held seats in Atlantic Canada before continuing west and securing a majority Liberal government. And up until Prime Minister-designate Justin Trudeau’s victory speech, hearkening a new era of “sunny ways,” the night of Oct. 19, 2015 was jam-packed with surprises, political upsets, #wins and stunning losses. Here’s a rundown of the highlights.

The Comeback Kid mantle undoubtedly goes to the Liberals. After being decimated by Jack Layton’s NDP in 2011 and having a rough start to this election campaign, the Liberal Party made good Monday night. The Liberals won just 34 seats in 2011 under then-Liberal leader Michael Ignatieff; yesterday it raked in a stunning 184. The Conservatives will form the Official Opposition with 99 seats. While the NDP, which took 103 seats in 2011, cinched just 44.

A Canadian political dynasty was solidified. For the very first time in Canadian history, a father and son have both been elected head of state. Pierre Elliott Trudeau won a Liberal majority when he was named prime minister in 1968. This also makes Margaret Trudeau the only Canadian who has both married and given birth to a prime minister. 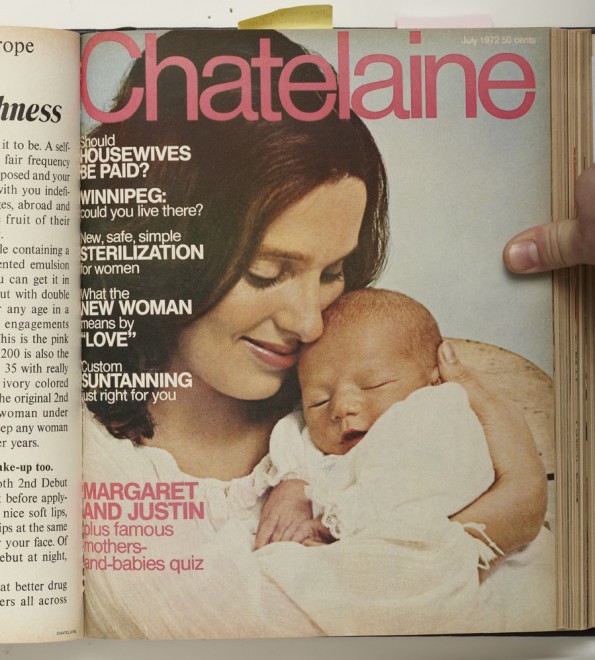 Margaret and Justin Trudeau on the cover of Chatelaine in 1972.

The Conservative cabinet was all but blown apart. Among the nine ministers who lost their seats was Minister of Finance Joe Oliver and Ajax MP and Minister of Citizenship and Immigration Chris Alexander — both lost to Liberals.

Girl power reigned in Brampton West. This was the only riding in Canada that boasted a fully female ballot. Liberal candidate Kamal Khera clinched the riding with 21,673 votes, more than doubling the showing for Conservative candidate Ninder Thind.

A record number of women will represent Canadians in the House of Commons. Of the 338 MPs, 88 women were elected (26 percent of the House). That’s better than the 2011 record of 76 female MPs (24.7 percent of the House; there were 208 MPs in total in 2011). Don’t get too excited, though: We’re a long way off from reaching equal representation in parliament.

A record number of indigenous MPs were voted in. And there are a record number of indigenous MPs in the governing party. Eight Indigenous Liberal MPs will head to Ottawa, non-partisan blog Indigenous Politics reported Monday night. These include Robert Falcon-Ouellette, who earned respect during his 2014 Winnipeg mayoral campaign. This time, he swept Winnipeg-Centre, ousting longtime (and very outspoken) NDP MP Pat Martin. Voters may have been sending a message to the Harper government about its handling of indigenous issues by denying Aboriginal Affairs minister Bernard Valcourt his seat in Madawaska-Restigouche.

Some cops rose, while others fell. Former Toronto police chief Bill Blair won Scarborough Southwest for the Liberals with a whopping 21,381 votes, while former Ontario Provincial Police chief Julian Fantino, dogged by criticism over cuts to veterans affairs during his time in Ottawa, lost his Vaughan-Woodbridge riding by a hair — roughly 2,000 votes — to Liberal Francesco Sorbara.

The return of FHRITP. “Did I just hear what I thought I heard?” Yes, that was some dude hollering “F– her right in the p—-” at a male CBC reporter during a live broadcast from a polling station. The term infamously got a Hydro One employee fired after he yelled it into CityTV reporter Shauna Hunt’s microphone at a Toronto soccer game this spring. 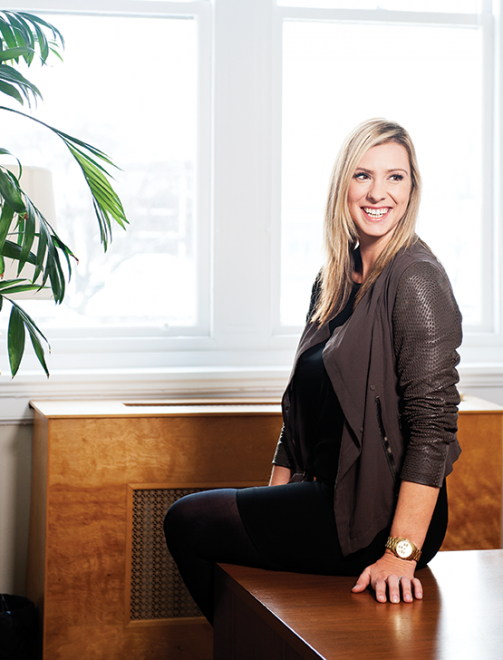 Ruth Ellen Brosseau FTW. While the Liberal tide continued through Quebec, it stopped at Ruth Ellen Brosseau‘s riding. The single mother, who made headlines for being in Las Vegas during her 2011 win for the NDP, won over her constituents and maintained the riding of Berthier-Naskinonge by more than 4,000 votes.

An upset in the Layton-Chow political legacy. After leaving Ottawa to launch a failed mayoral campaign last fall, Olivia Chow also failed to win a seat in the House, losing to incumbent Liberal Adam Vaughan. The late Jack Layton, who shot the NDP to Opposition status in 2011, represented Toronto-Danforth from 2004 until his death in 2011. But his successor, human rights lawyer and professor Craig Scott, was beat out by Liberal candidate Julie Dabrusin.

Related: Our exclusive interview with Justin Trudeau
Is Justin Trudeau the candidate women have been waiting for?
Ted Kennedy, Jack Nicholson and more juicy bits from Margaret Trudeau’s new book