The End Of Roe V Wade, One Way Or Another 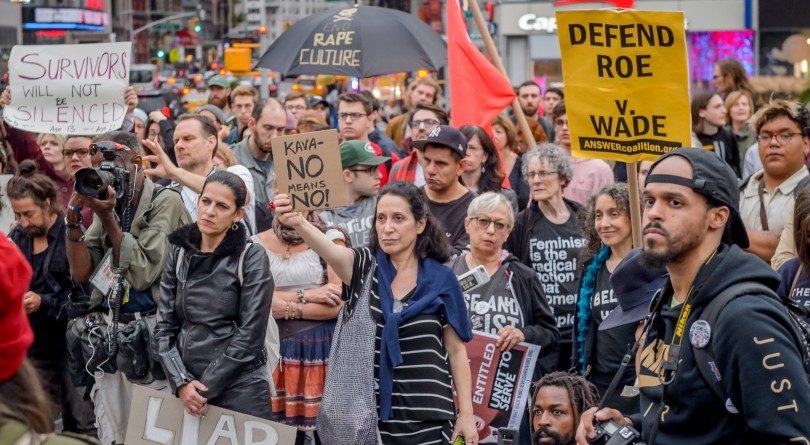 Hundreds of New Yorkers took to the streets on Oct. 6, 2018 after the Senate voted on Brett Kavanaugh's confirmation to the Supreme Court (Photo, Erik McGregor/Pacific Press/LightRocket via Getty Images)

It is done. With the haste of a Disney princess about to have her horse-drawn carriage turned to a pumpkin, Brett Kavanaugh was sworn in as an associate justice of the U.S. Supreme Court on Saturday evening, hours after the Senate confirmed him by a narrow margin.

So, that would be Justice Brett Kavanaugh to you. The religious right, the GOP and Donald Trump have their second Supreme Court justice in as many years and a 5-4 majority on the bench — a political achievement for Republicans and the president that should ensure the continued extreme loyalty of his base (cue the celebratory #BubblyforBrett). Meanwhile, those on the left vibrate with rage over an unwieldy two-week political drama fueled by sexual assault allegations against Kavanaugh.

Among those reeling, abortion rights advocates are on particularly high alert. And contrary to the expressed view of Senator Susan Collins of Maine — the Republican whose eleventh-hour support for Kavanaugh sealed his wildly contentious confirmation — they should be.

Trump said he’d only appoint judges who’d vote to end abortion rights. In all likelihood, he’s got one.

When Collins finally made her way to the Senate floor Friday afternoon to reveal that she would help seat Kavanaugh on the high bench, she made two key arguments for her vote. The first was that she did not sufficiently believe Christine Blasey Ford’s testimony that Kavanaugh sexually assaulted Ford when they were teenagers. The second is that she did not believe he would vote to overturn Roe v. Wade, the 1973 ruling that found women’s right to privacy guarantees their right to an abortion.

It is, in the first place, odd for a Republican to argue that this choice would not deliver the long sought-after goal of her own party to end constitutionally protected abortion rights in America (if she’s right, they’ve done a very poor job indeed). But it’s also a red herring. Kavanaugh doesn’t need to help overturn Roe in order to have a lasting and detrimental impact on abortion access in America. All he has to do is allow Republican states to continue to gut the meaning of the ruling, leaving abortion legal, yes, but largely inaccessible for millions of women. 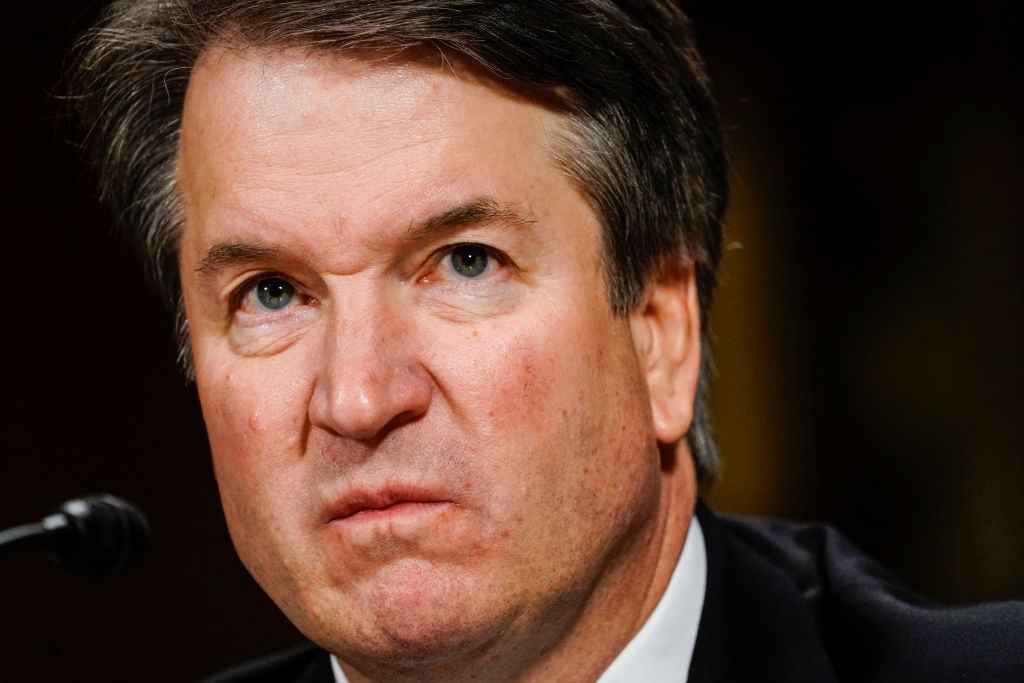 It Is A Scary Time To Be A Man Right Now — But Not For The Reasons Donald Trump Suggests
From the beginning, Kavanaugh’s appointment has been dogged by the words of the man who nominated him. “I will be appointing pro-life judges,” Trump promised in 2016 when asked if he’d like to see Roe overturned. “If we put another two or perhaps three justices on, that will happen, and that will happen automatically.”

It’s typically advisable not to take Trump at his word (the president has a documented and compulsive disinterest in the truth), but abortion is an anomaly. It’s the issue that galvanized evangelical support for his campaign and it is — and this is key — extremely achievable. Trade wars and tax cuts serve up messy victories with mixed consequences for his base. Ending abortion rights is a pure win and a far easier goal not just because all he has to do is pick the right judge, but because picking the right judge has itself become easier as conservative legal groups have grown in influence across the country. Trump relied heavily, in all of this picks for judges across the federal bench, on the advice of The Federalist Society, a powerful conservative legal organization within which hostility to Roe is typical.

In Louisiana, for instance, where I live, Trump nominated Kyle Duncan to the Fifth Circuit Court of Appeals (one step below the Supreme Court), a lawyer who defended the anti-abortion laws of this state as its solicitor general and who then formed a law firm where his work amounted to the same. (He made his name by, among other things, winning the Hobby Lobby Supreme Court case that gave employers the right to refuse birth control health coverage.)

Despite this, Collins said she felt confident Kavanaugh would protect abortion rights, based on his claim that he has respect for Supreme Court precedent. Kavanaugh’s repeated description of Roe as “settled law” — the phrase that seems to have convinced Collins — was seen by his critics as an easy way to appear unthreatening to those who favour abortion rights and misunderstand the nature of precedent. As Jeffrey Toobin of the New Yorker recently noted, “settled law” amounts to “a meaningless phrase: all Supreme Court decisions are ‘settled’ until a majority of Justices decide to unsettle them.”

But even if Collins turns out to be technically correct and Kavanaugh does not aid his conservative colleagues on the bench in expressly overturning Roe, she is likely to be drastically wrong about his impact.

The truth about abortion access is that, like many things, it’s a split story in America. Via Roe, states were given the right to regulate abortion. And so while some states protect access, Republican states have spent decades passing laws to rein it in.

Particularly in the South and parts of the West and Midwest, state lawmakers have aggressively and successively regulated abortion to the point of near extinction, with single clinics operating in a handful of states including Mississippi and Kentucky.

On Sept. 26, while Washington convulsed over the sexual assault allegations against Kavanaugh and Republicans pressed for his confirmation, the Fifth Circuit Court of Appeals ruled to uphold a Louisiana law requiring hospital admitting privileges for abortion doctors. The same type of law was found unconstitutional by the Supreme Court as part of a 2016 ruling on Texas abortion restrictions — but it was a narrow 5-4 decision, and the fifth vote came from Justice Anthony Kennedy, the judge who Kavanaugh has replaced. The Louisiana law, challenged in a lawsuit by a Louisiana clinic and the Center for Reproductive Rights, could shutter most or all of this state’s abortion clinics, since hospitals often refuse to accept abortion doctors.

“Devastating,” is how one abortion clinic administrator described the ruling to me. Her lawyers now face the decision of whether to appeal the ruling to the Supreme Court, with its newly minted judge.

Roe doesn’t need to go for anti-abortion politicians and judges to rack up significant victories — that, in fact, has been their strategy of the last four decades.

But what a bonus, though, if Kavanaugh could get it done.