Could Oprah Really Be Running For President?

After Oprah publicly thanked the writer who argued that she's the Democrats' best hope in 2020, speculation is once again rampant that the queen of TV might make a run for the Oval Office. But will she actually run — and could she win? 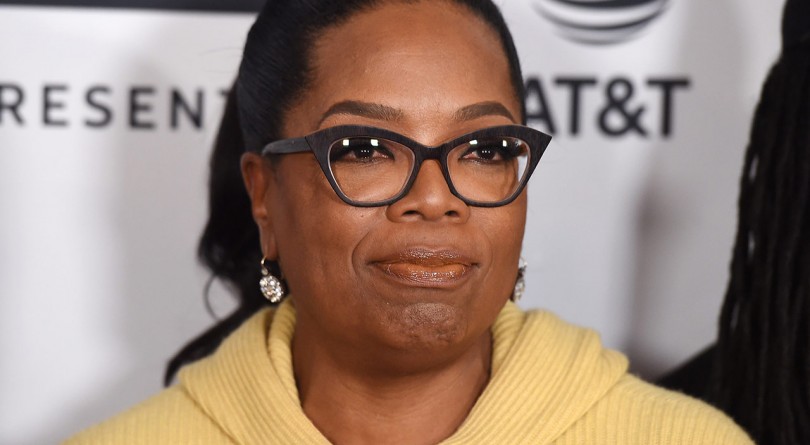 Fans have been calling for Oprah’s presidential run for as long they’ve been freaking out over her “Favorite Things,” but a series of recent events suggest that — if not quite throwing her hat into the ring — the talk show queen may at least be mulling a move into politics. Here, everything we know about possibility of a Winfrey White House, and why she has been called the closest thing to Trump “kryptonite” that America has to offer.

So wait—did Oprah actually say she might run for president?
Not exactly, but on Friday she did tweet a response to a New York Post article with the headline “Democrats’ Best Chance for 2020: Oprah,” telling the author: “Thanks for your VOTE of confidence!”

@jpodhoretz Thanks for your VOTE of confidence!Democrats’ best hope for 2020: Oprah | New York Post https://t.co/tvt82v8cMH

And that’s not the only reason to re-examine Winfrey’s political intentions. Take the new TV gig. Last January, she announced plans to return to the small screen as a correspondent for 60 Minutes. In her first segment, which aired on Sept. 24, she chatted with a roundtable of average citizens about the cultural, social and economic division in America, quickly reminding audiences of why she has multiple Emmys, a Tony, an Oscar nod and a multi-billion dollar business empire: the active listening, the sympathetic-but-never-patronizing head nods, the ability to speak to people on their level.

And sure, this is 100 percent speculative, but examined through the lens of a potential presidential run, you could say this new job reads as a testing of waters. You could also see it as “Step One” in a plan to inject gravitas into an image that has, in recent years, rotated around book clubs and wellness culture.

But didn’t Oprah say she would never run for office?
Details, details. It’s true, The Big O has— many times— laughed off and flat-out denied questions about a political future, most recently telling The Hollywood Reporter that she “will never run for public office.” Still, it’s worth noting that she said that several months (or dozens of Trump-related scandals) ago — before POTUS addressed the tragedy in Charlottesville by arguing that there were “very fine people on both sides”  and condemned the “sons of bitches” in the NFL; before Trump started treating Puerto Ricans like second-tier citizens. Oprah’s all about fulfilling one’s personal destiny and, well, if fate ever had reason to scream her name…

Could she run?
You bet. One of the key differences between Canada’s parliamentary system and America’s presidential version is that here, a potential leader must represent a riding, whereas in the States absolutely anyone can run — even TV stars with zero political experience — and for the record, that is not Oprah. In 1993, Bill Clinton signed the National Child Protection Act, a.k.a. “The Oprah Bill,” into law after two years of lobbying by OW. The bill established a national database of convicted child abusers.

Could she win?
In a post-President Trump reality, no candidate is off the table. In the Post piece, journalist John Podhoretz points out that the Democrats need to start fighting fire (read: Trump) with fire (read: Oprah): “If you think that Trump can be beaten by a two-term governor of a Midwestern state with really good ideas about health care, or by a senator who really attracts young people, think again. The idea that a relatively conventional elected official will differentiate herself from Trump by dint of her seriousness or that an unconventional elected official can out-populist Trump is crazy.” Podhoretz also notes that it was Oprah who proved Obama’s early-stage secret weapon in 2008 (before Winfrey’s endorsement, the Illinois senator was lagging way behind Hillary Clinton). And finally, it feels safe to assume that Oprah’s core fan base includes many of the white women who voted overwhelmingly for Trump over Clinton.

Would Stedman be first man?
While the relationship between Oprah and the 66-year-old business man has been going strong for thirty years now, the pair have never married, which would represent a first for White House living arrangements. More importantly, we want to know if Gayle King would score an official position. First ever BFFOTUS has a nice ring.