‘The Number One Question I Dislike Is: How Do You Balance Work And Life?'

As Lisa Raitt starts her fourth election campaign, she talked to Chatelaine about outdated gender roles, unwritten rules and standing up for what’s right. 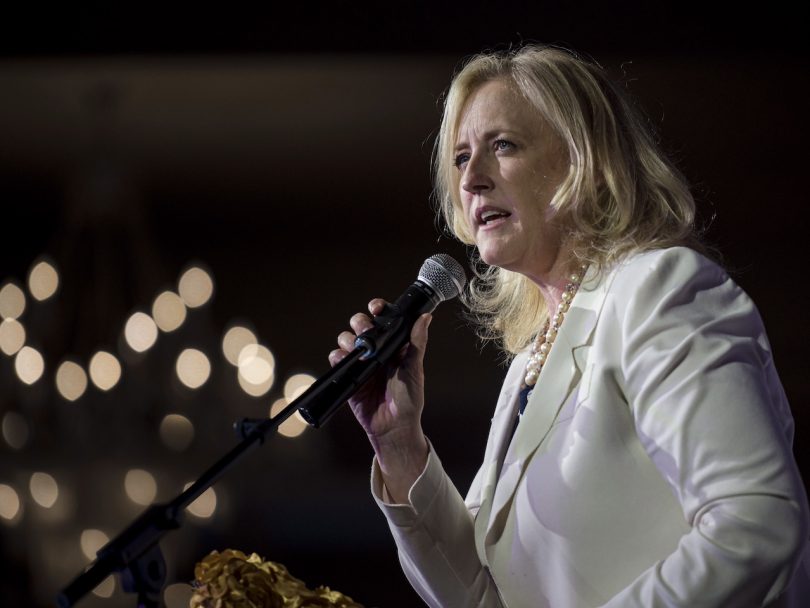 How is this campaign going to be different than the one you ran 10 years ago, when you first got into politics?

There’s more pressure put on going to doors now than there was 10 years ago. And that I find to be refreshing—that they do want to spend time with you. They want to have that face to face and see a real-life candidate. Everybody feels like they know you, and they just want to make sure that their assumption is either justified or it’s not justified. This time, our goal is to go through the riding twice: once during the summer, and then once when writ drops.

Given your experience, I imagine you’re now in a position to mentor women who are just starting out. Can you tell me a little about being a mentor?

My first mentee was Michelle Rempel. And Michelle has now turned it so that I’m her mentee in a lot of ways, especially around social media. If I can help people understand the unwritten rules around how to be an MP, or how to deal with a committee meeting—those are the kinds of things I can impart upon people who have not been around as long as I have. And it’s up to them to do what they can with the tools they have. Obviously, Michelle has done a fantastic job, and now I’ve got a great teammate.

You mentioned unwritten rules. Can you give me an example of one?

My training is law, and I was a CEO of the Toronto Port Authority, and I understand how boardrooms work. That is an important piece of both your business life and in politics because how to influence the flow of a meeting and advocate for your position and get the outcome you want has to do with understanding the rules within the room: make your point, listen to others, collaborate, know when to jump back in again, body language. I have a lived experience as a woman in the boardroom, and the things that I have noted over the past 25 years I’ve passed along to newer employees.

Well, and a lot of those boardrooms must’ve been populated by men. Was your gender ever an issue?

No. I was one of the few MPs that actually was a CEO, and I had a real business background, so I was always listened to. Experience in politics does matter. The longer you’re there, the more weight your comments are given. It’s not within the halls of power in Ottawa where you can have difficulties. It’s outside. It’s the letters I got from ordinary people across the country when I first won. They saw my kids were six and three and would say, “Why are you an MP? You should be at home with your children.” I didn’t get that in the boardroom. I got that from average Canadians who felt the need to tell me what they thought.

Within the parliamentary world, I would get honest questions of concern and discussion from all sides of the aisle. But on the outside, it’s always more loaded, judgmental and gendered in the way the question is approached. So, the struggle is bigger than just dealing with the parliament building. It’s a big struggle in terms of changing the entire complexion of society. But, one step at a time we’ll get there.

Over the last five years, feminism has come to forefront of political conversations. How has that focus on gender impacted you and the way you do your job?

I have a far more open mind, and I’m far more cognizant of how incidents can be perceived differently on the feminist spectrum depending upon your age. For example, a woman in her 60s may have had an experience in the past and her reaction was “Well, that’s just the way the world is.” But for a woman in her 20s, it’s “Hell no. That’s not acceptable.”

So for me, I’ve realized that in feminism there is a different perception of current events depending upon where you are in your in your life and your career and your perspective. My job is to make sure that I don’t assume other women are overreacting or underreacting. It’s just the reality that as we have new information, and we have new perspectives, then we have new assertions made and strong voices coming through. 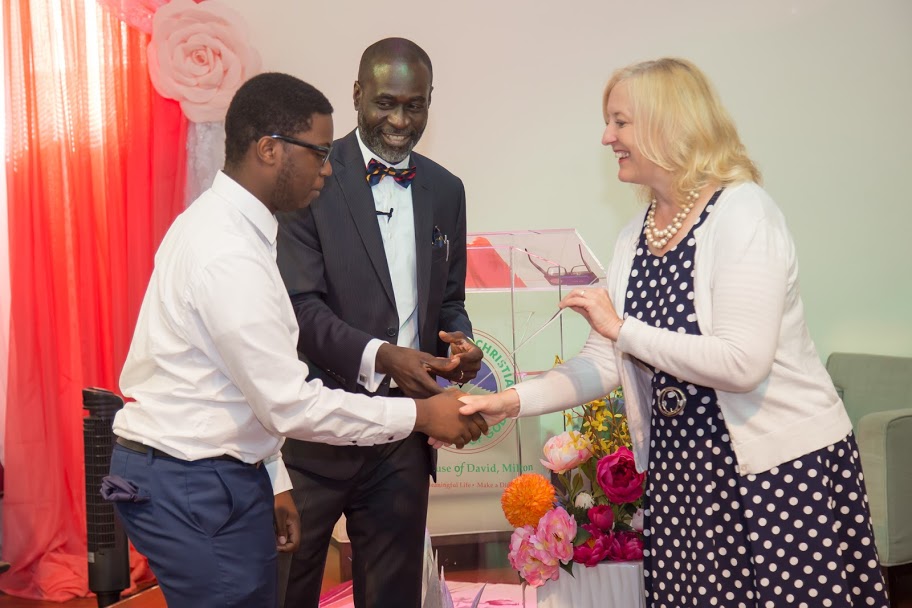 There’s this idea that it’s an oxymoron to be a conservative feminist, and I wonder how you combat that perception?

I don’t let the label detract from the work that I need to accomplish in this world. And my work is to make sure that every young woman out there knows and owns the fact that she can do whatever the heck she wants to do in her life. I just want them to know that there are no unseen or seen barriers to them achieving what they want to achieve and choosing what they want to choose. If you choose to stay at home and home school your kids, fill your boots. That’s awesome. I’m there to support you. And if you decide you want to go and do a PhD, excellent. I will support your ability to go and do that in a male-dominated area. No question about it.

So it doesn’t make me angry. It doesn’t affect me emotionally. It is a label that other people would like say that conservatives cannot be feminists. I don’t buy it. It just divides the movement. Why the heck would any woman want to divide the movement if we’re all trying to get to the same place, which is equality and opportunity for all women regardless of who they are, who they worship, who they love, or any of the other distinct parts that we have to remember as well.

About a year and a half ago several women came out with allegations of harassment against men on the Hill. When you were listening to those stories, what was going through your mind?

That we need a process for this to come out in a logical way. The leader asked me to sit on behalf of our party on the committee that did a review of our sexual harassment policy for Members of Parliament. We did some really great work across all party lines making sure that as part of our code of conduct we had a robust and practical, workable framework for complaints coming forward. My goal was to make sure that people aren’t sitting at home and harbouring this terrible incident without a way to get it out and to be believed, and have some kind of closure, as much as you can have closure in these matters. And the only way to do that is to put the processes in place. So that’s where my mind went: to make this as simple as possible and as painless as possible.

And this is something that Conservatives and Liberals worked together on?

We did: NDP, Liberals, Conservative. We all worked together in a room.

And how has the mood and the work environment changed since then?

Everybody underwent mandatory training, which was positive because it opened up a lot of people’s eyes to issues.

If there were more women in Canadian politics how do you think politics would change?

I’m going to answer this in the context of Jane Phillpot and Jody Wilson-Raybould. Now, I don’t know whether or not they spoke up because of the fact that they’re women, but the fact of the matter is both of them decided that politics had to be put second behind what they felt was right. And they also felt empowered to speak up. And they were punished. I would hope that if we had more women that wouldn’t necessarily have been the result.

If you look back in history, you look at any of these major scandals, it’s always a woman that seems to be the whistleblower in these matters. That’s exactly what Jane and Jody did. They blew the whistle on something they viewed as unethical and their punishment was to be shown the door.

So if you believe that as a possibility—that more women tend to be whistleblowers because they think about issues not only from the political point of view— then that’s what would change. But you have to buy into that premise, and I do. I believe that especially women who did not grow up in a partisan environment, who are there for the policy and to make changes in their communities, for the benefit of their community members, that does change things. And I think those two changed the face of politics in a big way.

Have you ever been in the position to be a whistleblower?

Can you tell me about it?

I was in my professional career, and I don’t think I can talk about it. Certainly, there are lots of risks associated with being a whistleblower. A lot of risks. That’s why I talk about having to have the right path and process in place because process protects you if you want to be a whistleblower. I’ve been in the shoes and it’s very uncomfortable, and you usually you end up leaving the place as a result. But if you think you’re doing what’s right, then proceed.