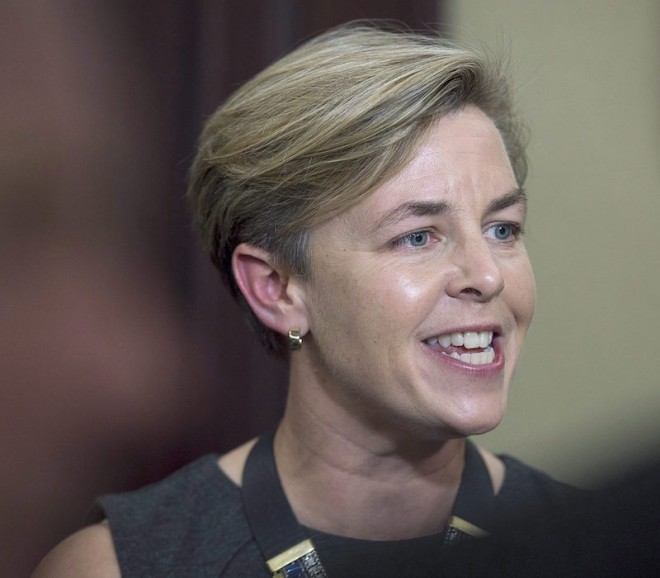 The Conservative Party won’t select a new leader until May, but the race is already crowded. Kellie Leitch, the only woman running so far, was the first to formally announce her candidacy and has since been joined by Maxime Bernier, Michael Chong, Tony Clement, and Deepak Obhrai.

Leitch, a pediatric orthopedic surgeon and MP for Simcoe-Grey, served as both Minister of Labour and Status of Women Minister from 2013 until the Conservative government was defeated last year. During the election, she was criticized for announcing the Conservative’s proposed tip line to report “barbaric cultural practices,” an initiative she says she now regrets supporting.

Leitch recently stirred up fresh controversy with her plan to screen potential immigrants for “anti-Canadian values.” The debate has garnered national attention over the last two weeks, and her support has shot up as a result. According to a Mainstreet Research poll, she’s currently the Conservative leadership frontrunner.

Leitch spoke to Chatelaine while on the road in Nova Scotia about her contentious proposal and the most pressing issues facing Canadian women.

Look, for me this isn’t about being anti-immigrant. I think Canada is a country that’s built by immigrants. This is about protecting Canadian values … and I don’t think it’s intolerant to have a set of values we expect everyone to share. I think that’s the reason people choose to come to this country.

It’s a Canadian value to respect religions other than the one you might have yourself, to respect other cultures and other sexual orientations. Violence and misogyny, treating women as if they’re a piece of property — those aren’t Canadian values and I think all Canadians would agree with that. Tolerance and generosity, those are. I think this is about having a robust discussion about what those values are. 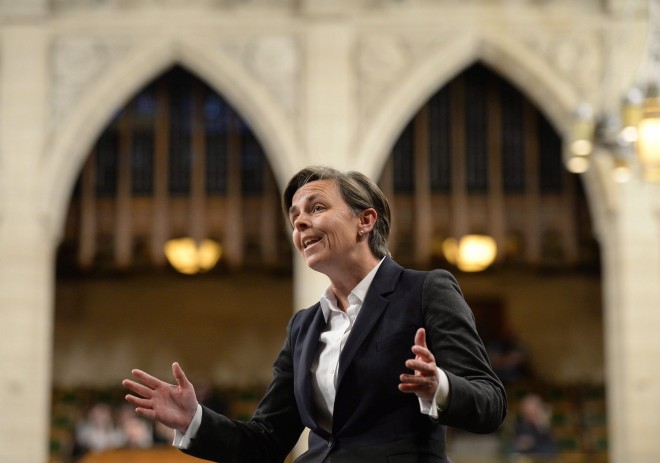 You’ve said all Canadians share these values, but not all Canadians are tolerant towards other religions. Violence against women is a problem. Pay inequity is a problem. Why are you focused on people coming from outside and not people who are already here?

If you look at the conversations I’ve had … on this issue, I’ve only talked about Canadian values…. And you’re right, we as a nation can improve, and Canada is a place where fortunately we can have disagreements about priorities and what’s important and that’s really valuable. What’s more valuable here in this country … is that we respect each other’s opinions and don’t seek to impose our views. We do resolve issues peacefully. But I won’t disagree with you, we have a ways to go to eradicate violence against women and girls. We have a ways to go to make sure there are opportunities out there for women.

You’ve said you regret your role in announcing a barbaric cultural practices tip line. But your proposal to screen Canadians for “anti-Canadian values” seems aimed at Muslims in a similar way.

So, what’s the difference between the two?

Our intention [when announcing the tip line] was to stand up for victimized women and girls. To give them the courage to pick up the phone and ask for help, that we would be there for them.

Was it an absolutely terrible announcement from a communication perspective? It was. We failed to communicate what was the essential part there, which was to eliminate violence against women and girls, and I regret that and I’ve taken responsibility for that. What I’m talking about, protecting Canadian values, it’s a value we respect in this country: equality of women, and you wouldn’t get a debate on that. I believe that the majority of Canadians, and I hope all Canadians, want to eliminate violence against women.

Related: I’m a Muslim voter and I’m sick of hearing about the niqab

A woman’s right to wear a niqab was a huge issue during the last election. What’s your stance on it?

As a former Status of Women Minister, what are the most pressing issues facing women in Canada in your view?

I think for Canadian women there is a huge pressure to be able to do it all: perform well at work, take care of their own children and also to take care of their parents. As one woman said to me, “it’s challenging to even find time for myself, amongst these competing priorities and pressures to perform.” And I think that’s that something a lot of Canadians face right now, particularly women who are working, not just professional women — I think it’s any woman who has a job to provide for her family.

You’re pro-life. Do you plan to open up debate on abortion if you became leader?

No. I’ve stated my personal view because I think one should be transparent, but I voted against the member’s bill that was brought the House in the past and I would not bring this to the House of Commons if I was in a leadership role.

How would you respond to critics who are comparing you to Donald Trump?

I’m not Donald Trump. Last I checked, I’m also a woman. This is a fundamentally different conversation [from what’s] happening in the United States, and it’s not for me to speculate on what’s going to happen down there or why the nominee has been chosen for each party but here in Canada, what I’m talking about is what Canadians want to talk about.

More:
The toxic effects of workplace stress
Kristen Bell brilliantly skewers workplace inequality in new video
Why can’t Bridget Jones save herself (and her baby)?