Even After Four Years Under Doug Ford, Kathleen Wynne Is Still Hopeful

The former Ontario premier reflects on the future of the province in her final days as a parliamentarian. 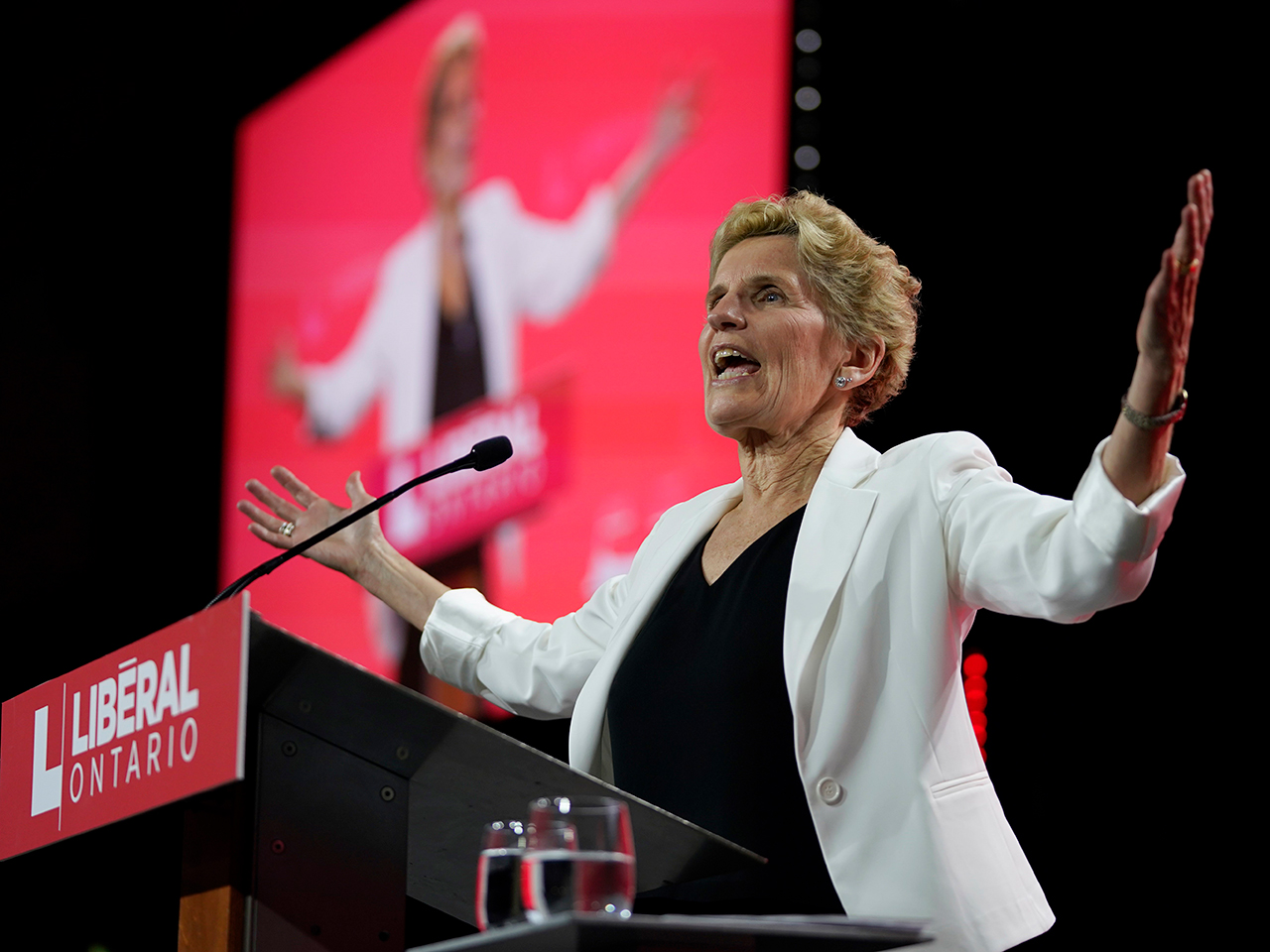 In her final weeks as an Ontario MPP, Kathleen Wynne is scrambling to tie up loose ends. When we meet on a Zoom call in April, she offers up her laundry list of to-dos: putting the final touches on her farewell speech in legislature, sifting through documents to send to the provincial archives, and wishing former colleagues well in goodbye letters.

“It feels like I’m writing my obit every day,” Wynne jokes. “I’m not dying. I’m just leaving this job.”

Wynne will not seek re-election in this June’s provincial election, closing out a 22-year political career that saw her rise from Toronto school trustee to MPP to premier. She last led the Ontario Liberal Party in 2018, through an election during which she admitted she could not win power as premier again. It concluded with her winning her seat, but the Ontario Liberals lost official party status. It was a disheartening moment, the 69-year-old concedes.

And yet, looking back four years later, Wynne is quick to correct my presumption that she might be a tad pessimistic about the future of Ontario politics: “Even in those moments when I am angry about something—and that happens a fair bit of the time because I disagree fundamentally with a lot of what this government is doing—that doesn’t mean I don’t feel optimistic about the province and about our future.”

Optimism, despite the past two years of pandemic missteps and crises, record inflation across the country and a rise in hate crimes tied to political polarization? There’s still plenty to worry about, Wynne says. But “I really believe that government exists to do the things that people can’t do by themselves,” Wynne says. “It’s our job to bring hope to people.”

Perhaps optimism is requisite for the job. Wynne had to maintain hope to get her gruelling start in politics. When she first ran for Toronto school trustee in the early 1990s, opponents sent homophobic flyers to voters calling Wynne a “lesbian extremist.” She lost that election, but ran again in 2000 and won. She later rose through the ranks as an MPP, serving as minister of education, transportation, municipal affairs and agriculture and food. In 2013, she became Ontario’s first female premier and Canada’s first openly gay premier, winning a massive majority. Some of her biggest achievements: championing an inclusive sex-ed curriculum in schools across the province, enshrining students’ rights to form Gay-Straight Alliances in Ontario schools, and increasing the province’s minimum wage after a four-year freeze.

But from the start of her tenure as premier, Wynne was saddled with the controversies of her predecessor, Dalton McGuinty. In a particularly difficult moment after a landslide loss in the 2018 election, a rookie MPP heckled her in the legislature, asking why she was still there. For the Ontarians who remember her for myriad political scandals (from the costly cancellation of gas plant construction projects to the sale of part of Hydro One, costing taxpayers more than $1 billion) or her less-than-stellar final election campaign, Wynne says she’s proud of the legacy she left behind—regardless of her missteps or losing power as premier. “Historians will decide if I made the right decision [to run again],” she says. “But I did my best to support the candidates and do the things that I believe in.”

If there’s anything that makes Wynne’s optimism wane, though, it’s education under another Ford government. She points specifically to cuts made to the Ontario Student Assistance Program, which helps post-secondary students cover tuition, a shortage of teaching staff across the province, and, most recently, a refusal to allow school boards to reinstate mask mandates in classrooms. “When [Ford] came in, [he] said education wasn’t a priority,” she says. “If Ford is re-elected, I’m very worried that he won’t understand the damage that has been done by him.”

Wynne, for her part, has plans to slow down after decades as a parliamentarian: She’s moved to Alliston, Ont., where she spends her days with her partner, Jane Rounthwaite, her daughter, her son-in-law and her granddaughter, Violet.

She has also been teaching at the University of Toronto, where she accepted a professorship in 2021 overseeing students interested in commerce, leadership and policy. Wynne plans to mentor Ontario’s next generation of politicos—not just those who someday hope to be elected to the legislature, but the policymakers, activists and changemakers behind the scenes, too.

For those students, and many outside of the political world, Wynne says it’s easy to think of a career in politics as an exhausting endeavour, one that’s perhaps not worth the pain or aggravation. But in her 22 years, she says that hasn’t been in the case for her. “People’s lives can be changed. Politicians can influence people’s lives in a good way,” she says. “It is totally worth it.”