Justin Trudeau's new cabinet is a dream team — and here's why 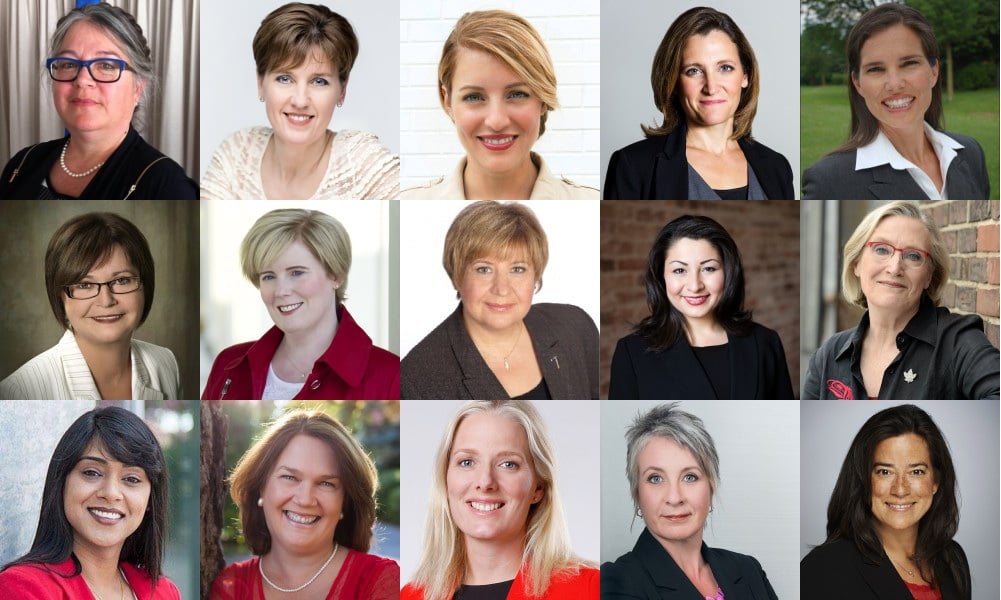 The meritocracy cranks and diversity naysayers can rouse themselves from their fainting couches. Our new prime minister, Justin Trudeau, has named his cabinet and Canadian democracy has not collapsed. The PM’s inclusive, historic team of advisors is a strong, deep and impressive bench: 30 people offering a broad swath of talents, life and work experience and socioeconomic backgrounds.

Fifteen of them are women, a gender parity that Trudeau promised during his campaign, and while some felt this would either dilute the quality of the cabinet, or make women feel that they hadn’t earned the post, the actual composition of the group proves otherwise: The female ministers include a crown prosecutor and regional chief of the Assembly of First Nations; a human rights lawyer and Paralympian; a managing partner of an international communications firm; a family physician and professor, who founded an international HIV/AIDS organization; a medical geographer and climate change expert; a multilingual journalist and Rhodes scholar; a refugee from Afghanistan, who is a community organizer and global women’s rights activist; and veteran member of parliament with a previous career as a physician and health care advocate.

By any measure and standard, that’s a dream team. Turns out, the result of Trudeau’s quota was to make the field of potential ministers more competitive than ever. The male ministers are no slouches, either: a mix of career politicians and talented newbies, including the first Sikh to command a Canadian Army regiment and a well-respected and seasoned Inuit politician and businessman. (In case white men were feeling anxious about all this diversity, they needn’t fear, there’s even a few of them in the cabinet, too.)

Lots of smart people have made smart arguments about the value of including a broad range of voices and experiences in workplaces and, especially, politics. One of the main benefits being that the body that represents us should, in fact, be representative of us. In light of this, the sputtering and harrumphing over “merit,” as though what qualified someone for a cabinet position was a universally agreed upon fact, is not just silly, but politically naïve and utterly ignorant of history.

As many have pointed out, cabinet appointments have never solely been about one’s qualifications. They are just as often about appeasing a region, rewarding loyal service, or furthering a PM’s pet agenda — or as Laura Payton put it in Maclean’s, cabinet selections have “always been influenced by a range of factors, including where an MP is from and whether he or she is an anglophone or francophone. And while those factors are practical, other selections seem to be made based on someone’s fundraising ability or skill at obfuscating in the House of Commons.”

What’s more, it’s the unelected governor general who officially appoints the cabinet and those new ministers must pledge an oath to the queen. Of course, this aspect of the process is just theatrics, but it’s worth remembering that the system some are keen on protecting from the injustice of quotas derives its symbolic power from the British monarchy — hardly a model of merit or earned authority.

At no point along the way and at no level of government is politics only ever about merit (Rob Ford was once my mayor, I know this from experience). There were historic barriers — indigenous people, for instance, were not allowed to vote until 1960, just 11 years before our new Justice Minister Jody Wilson-Raybould was born — and the system remains unfair and inaccessible in all kinds of ways. Highly qualified people never enter races because they don’t have the money or connections or personal resources to run. Wonderful, effective MPs lose their seats because the political winds change (see the Orange Crush in 2011 and the Crimson Tide in 2015). Our first past the post system (which Trudeau has promised to reform) means candidates can be elected with less than half of the vote.

Today, at least, progress was made. When asked by a journalist, “Why is it important that your cabinet has equal representation of men and women?” our new prime minister simply replied with a shrug, “Because it’s 2015.” I would have added, “and it’s about damn time.”

More columns by Rachel Giese:
Forget the boys’ club — it’s time to make our own
The women who influenced the outcome of #elxn42
Hillary Clinton proves you don’t have to be nice to be likeable