We all have a role to play in ultimately improving the quality of life in our communities, says Jody Wilson-Raybould. In an excerpt from a new collection of speeches, Wilson-Raybould outlines her vision for transforming politics. 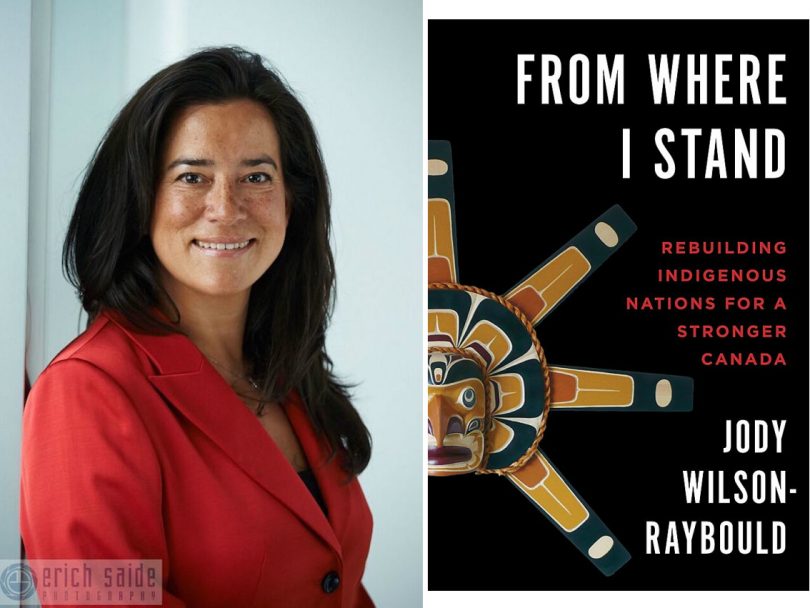 I know something about power and about using one’s voice–I suspect we all do.

I come from the Musgamagw Tsawateineuk/Laich-Kwil-Tach people of northern Vancouver Island, who are part of the Kwakwaka’wakw, also known as the Kwak’wala-speaking peoples. We are a matrilineal society, which means that descent is traced and property is inherited through the female line.

In our traditional system of governance, there are no political parties; rather, we seek to govern through the principles of consensus, and the role of leaders is to seek that consensus. We meet, and while not everyone may agree on every aspect, we debate the issues and seek general agreement to help ensure that decisions are balanced, supported, and will be enduring standing the test of time. We are expected to tell the truth and to speak up. Everyone speaks. While all this may sound idealistic to some who have never lived it, I assure you it is very real.

Everybody has a role to play in making our communities work well. The roles are very different but equally important in terms of ensuring the community functions the way it should. In our system, I am a Hiligaxste’—a role always held by women. One of my jobs is to lead my Hamatsa, the Chief, into the Big House. This role can be translated as one that “corrects the Chief ’s path.” We show them the way, a metaphor for life and, in the Potlatch, symbolized in our rituals where, symbolically, the power of the Hamatsa is “tamed” and he is ready to be Chief.

I call it balance. In fact, our whole system was about balance—between men and women, between Clans, and between Tribes.

I was raised to lead from a very young age. My family instilled in me a sense of community and duty—that I had something to give back and to contribute, to use my skills and abilities, such as they are, to improve the quality of life for our people and others. In many ways, my role as Hiligaxste’ has carried over into all aspects of my life. My upbringing, my education, my professional and personal experiences have all helped shape my worldview and the way I try to conduct myself.

As a proud Indigenous woman with the great responsibility of being Canada’s first ever Indigenous Minister of Justice and Attorney General, I felt a moral imperative to carry on the work of generations of Indigenous leaders before me and to help advance the necessary shifts that need to take place to transform the relationship between Indigenous Peoples and the Crown. I often said that I saw my appointment to that role not so much as a personal accomplishment but, rather, as a symbol of how far Canada has come but also of how much further we have to go. I still believe this—perhaps now more than ever. 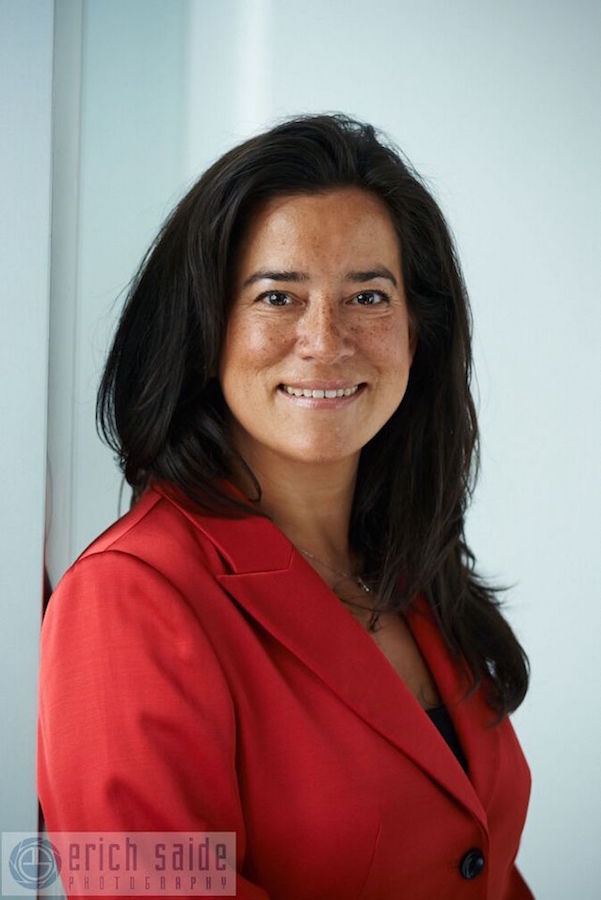 As I stated in a speech last year when I was Minister of Justice and Attorney General: “in my own experience serving as the first Indigenous person to be Canada’s Minister of Justice and Attorney General, I have unfortunately had it reinforced that when addressing Indigenous issues, no matter what table one sits around, or in what position, or with what title and appearance of influence and power, the experience of marginalization can still carry with you. But this does not deter me. It only makes my resolve stronger and more determined.”

This statement was truer than I imagined. Within a few months, I had made my very public, very proud, very liberating journey from the front bench of the governing party in the House of Commons to sitting in the furthest corner seat possible. This reality for essentially doing my job as an out-of-context Hiligaxste’.

The events of the last few months have brought some further illustrations to light regarding women in politics and why we need more women in politics. Some of it is obvious: the standards one is held to and the double standards; how easy it is to label in racialized and gendered terms; that when a woman pushes back, stands up for principles, relies on their lived experience, or brings forward actual knowledge and experience they are easily and reflexively labelled as “difficult.” Well, what I will say on this is that if doing those things is being “difficult”—I am proud to be difficult every day of my life.

And, of course, we see that a woman’s lived experience is still often used against us, as a reason for marginalization, as a basis for blame. We see experience ultimately being used as part of a rationale for marginalization. Rather than upholding experience, using it as a lens to reconsider the norms of what one perceives or believes or chooses to uphold, we see a lack of reflection or, as it has sometimes been stated, that we “experience things differently.”

In politics—where one is deemed difficult for speaking the truth, or for doing your job, or acting on principles (and then you are told you experienced it differently)—it is time for the culture of politics to change, and to facilitate this change, the systems and the rules need to be changed. And people, patterns of thought, and ways of relating need to change as well. To really make the change we need—for women to infiltrate politics and transform our political culture more than ever before, including confronting the divisiveness of partisanship, we need more independent voices to affect the transition. This is one of the major reasons I embrace being an Independent Member of Parliament—one who will continue to work hard and serve with this objective in mind.

I think it is fair to say that the current parliamentary system is structured in a way that impedes transformative change and that it breeds conflict and divisions rather than supporting lawmakers learning from each other. It favours and privileges norms and ways of doing business that make limited space for the lived experience and solutions that women, Indigenous Peoples, and other peoples in our society can bring forward. When I say this, I do so with respect and from the privilege of being in Canada, in a country where we are making progress.

So, when we consider where we have come from and where we are going, we need to consider context and where we are relative to others. There is, in reality, a continuum of progress with respect to the issues women face both in our country and globally. Internationally, Canada has a role to play, and we must lead by example. We can provide hope to so many. We must help to seek to eliminate barriers to equality everywhere. Women must be empowered to improve their own lives, and those of their families, communities and countries. Whether here at home or abroad, simply put, empowering women and girls empowers humanity.

The recent announcement by my former colleague Minister Monsef of the investment to the women’s Equality Fund is very significant. These investments by Canada will be a game changer for many. But that said—it does not buy us a hall pass or absolve us for our own transgressions or the need to do better. While Canada is a leader, this does not mean there is not room for improvement or that we can think that just because someone is empathetic or an ally that there may not still be issues. Being supportive cannot be used as cover for bad behaviour or where systemic problems ensure old ways still govern. On the contrary, it makes us have to do more. Yes, we may be further along the continuum of empowerment than for many parts of the world, but we are still not where we are ultimately going to end up if we keep on fighting.

Empowerment of women is, of course, one dimension of social diversity. Inclusiveness is a fundamental tenet or key value of democratic polities—so that all voices have a role in decision making—whether defined by gender, ethnicity, religion, region, economic status, age, or education. For me, it has always been a matter of common sense, not just morally but economically. Discrimination and inequality hurt economies, particularly in expanding knowledge-based economies like ours, where you need to maximize a nation’s collective human potential. A country will never compete if they are not driving on all cylinders of their population.

There are things we can do in terms of institutional design and democratic reform to support the participation of women and other groups in public life–to effectively control the exercise of power and create balance. As a wise person once said, “Power tends to corrupt and absolute power corrupts absolutely.” Controlling power is critical. And redefining power so that it is seen as valuing and upholding the strengths and capacities of each of us is critical. 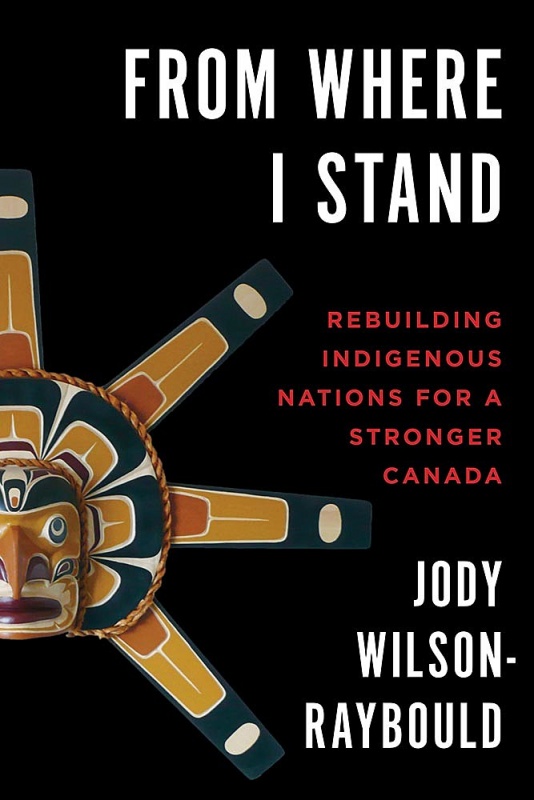 One thing I have come to appreciate in both Indigenous and non-Indigenous politics is that far too often people are seeking power for the sake of power itself, which is incredibly dangerous for society and, in particular, when governing in the complex world we live in. As in my culture, we have to “tame” the Hamatsa. Modern democracies require that those who govern are elected to do so for the right reasons and must be held accountable.

At the end of the day, it is the people who keep leaders and governments honest—which is, of course, much easier when the institutions for good governance are in place. But if people do not participate, we risk much. When the voice of the people is lost or truth is questioned, our governments are not held to account and, as a result, our individual opportunities as well as our collective prospects for a better future are severely diminished.

As both a woman and an Indigenous person, where our rights to participate in our systems of government were denied for so many years, I place great value, as I know you all do, on citizen engagement and ensuring broad participation in our political processes. Please know and be confident that we all have a role to play in ultimately improving the quality of life in our communities—each role is equally important and is critical to ensuring that society functions as it should. Always speak the truth, be guided by principles and integrity—it will never steer you wrong. Yes, there will be challenges and setbacks, but we all have a voice, and we need to support each other in using our voices, and together we have the power to change the world.

Each of us, in our own way, is a Hiligaxste’. We each have an important role to play in guiding the path forward and helping our societies find balance and flourish. Together, we can correct the imbalance we experience in society and help amplify the voices and power of those who have been muted for too long.

This essay has been adapted from a speech Jody Wilson-Raybold gave in June 2019, published in From Where I Stand: Rebuilding Indigenous Nations for a Stronger Canada. © 2019. Published by Purich Books. All rights reserved.