Paul Wells: The NDP was born from the hope that things can change and in Jagmeet Singh it has picked the young, optimistic outsider. 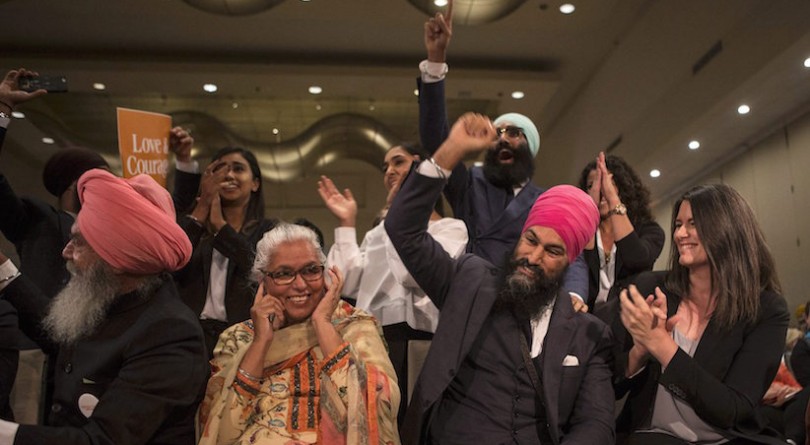 Jagmeet Singh, centre right, sits with his mother Harmeet Kaur, centre left, father Jagtaran Singh, left, and campaign manager Michal Hay, right, as it's announced he has won the first ballot in the NDP leadership race to be elected the leader of the federal New Democrats in Toronto on Sunday, October 1, 2017. (The Canadian Press / Chris Young)

Suspense is overrated anyway. Jagmeet Singh’s first-ballot thumping of his opponents in the NDP leadership contest makes big history: in the 150th anniversary year of Confederation, a major political party has finally broken the country’s uninterrupted string of white faces at the head of national parties. The scale of Singh’s victory makes him, at least for several months to come, the uncontested and comfortable leader of his party, in contrast to the 12 consecutive ballots in the Conservative race that had Andrew Scheer in second place before Scheer finally eked out a win. And Singh’s victory completes the inversion of the youth-vs.-experience argument that dominated the 2015 election campaign.

A bit about that last part first. In December 2013 I ran into Justin Trudeau at an Ottawa movie theatre. He was taking the kids to see Frozen, but he paused to talk shop at the concession stand. He was pleased with the news that Stephen Harper had handpicked a former communications director, Dimitri Soudas, to be the Conservative Party’s executive director. It was a sign Harper would stick around until the 2015 election. Trudeau liked the contrast: “I need ‘old,’” he said. 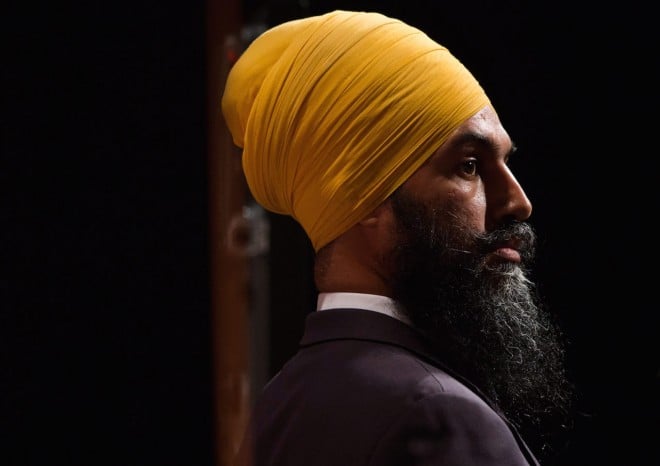 Jagmeet Singh Countered Racist Heckling With 'Love And Courage,' But Why Should He Have To?

Well, now he has it: Born on Christmas Day 1971, in Singh and Scheer he’ll face two children of 1979 in the next election, along with whoever will then be leading the Green Party (one suspects it’ll be the same person who always does). Trudeau cannot run 2019 as a repeat of 2015. The erstwhile avatar of youth, change, optimism, style and an ecstatic embrace of diversity is now outbid on most of those attributes by Singh. As for the last element of his 2015 appeal, a tendency to smirk when his elders lectured him on arithmetic, that’s not wearing well either.

It’s no mystery why some of the happiest spectators to the Singh upset were Conservatives. Conservatives lose when the Liberals capture most of the left-of-centre vote. (They would lose if the NDP did the same, but with the partial exception of 2011, it’s never happened.) Justin Trudeau picked up more NDP support in 2015 than Conservative support, and everything he does suggests he’s been planning to crowd the NDP on his way to re-election.

That path is now — well, not definitively blocked, but complicated. Liberals I talk to aren’t terrified of Singh, but they don’t write him off either. Every knock against Singh for youth or inexperience is one that would have applied to Justin Trudeau, not long ago. The two even share a strength: conspicuous organizational muscle. Even though he wasn’t a candidate, Singh was billed as the guarantor of federal NDP strength in the Brampton region in the early days of the 2015 election. That didn’t pan out. Navdeep Bains and several of his young protégés swept all those ridings. All hands are well aware their rematch will be one of the central dramas of the next election, and the way Singh just swept the leadership suggests he has been working on his chops. 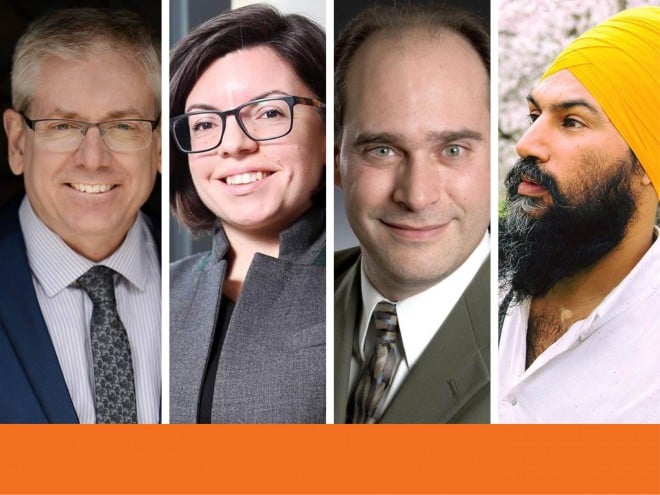 The NDP more broadly has had a weird couple of years. The party cashiered Tom Mulcair on the floor of its Edmonton convention last year, and voted to “study” the Leap Manifesto, a decision to which it devoted no perceptible follow-through. The party’s lone Quebec leadership candidate, Guy Caron, was endorsed by a former leader, Alexa McDonough, and by Jack Layton’s best strategist, Brian Topp; for all that, Caron came a distant fourth in a four-candidate field. One Quebec MP has already threatened to quit the caucus if Singh became leader, and there’s conspicuous nervousness over the prospects of a Singh-led NDP in a province where it’s common to debate religious headgear. Singh is clearly eager for the test and confident of his chances. Probably it’ll be healthier for the NDP to confront these stereotypes than to try to mollify them.

One final quirk of this swiftly aging, ever-New Democratic Party. It is becoming remarkable how often the party reaches outside its parliamentary caucus for renewed leadership. Tommy Douglas was still in Saskatchewan provincial politics when the he became leader of the newly-christened NDP in 1962. Audrey McLaughlin had been an MP for barely two years when she became the party’s leader in 1989. Alexa McDonough was not an MP when she won. Nor was Jack Layton. Tom Mulcair had more parliamentary experience, on the day he became leader, than his three most recent predecessors combined. The experience, like that of Caron, Charlie Angus and Niki Ashton, seems to have disappointed New Democrats more than it impressed them.

The NDP was born from the hope that things can change, not at the edges but fundamentally and in a rush, and whenever it has been tested it has fallen back on that hope. The party knew Jagmeet Singh less well than any of the candidates he beat, but it is used to leaps of faith. One day one will pay off.