Jagmeet Singh On Inequality, The Plan To Legalize Pot And His One Big Splurge

Sarah Boesveld sits down with the NDP leader to talk about his vision for Canada, and just how many bikes one politician needs.

Jagmeet Singh’s easy charm and strategic savvy played a big part in him winning the first ballot of the NDP leadership race last fall making history as the first person of colour to lead a national political party in Canada. The 39-year-old criminal defence lawyer turned Ontario politician signed up thousands of new members before the leadership vote last October, is extremely active on the social media platforms Instagram and Snapchat has been hailed as an exciting new presence in federal politics (though he doesn’t yet have a seat in the House of Commons).

Looking ahead to the 2019 election, he says he’s “in it to win it” and hopes to reclaim some of the ground Justin Trudeau’s Liberals gained in 2015. But Singh has been oddly quiet on his platform. One of his first headline-grabbing acts since winning the leadership was to invite the media to cover his proposal to now-wife Gurkiran Kaur, and he landed in hot water over news of his appearance at a Sikh independence rally in San Fransico in 2015, which celebrated the life of militant leader Jarnail Singh Bhindranwale (he later publicly condemned all forms of terrorism and violence).

So what is his vision for Canada? Chatelaine sat down with Singh in February at one of his favourite Toronto vegetarian restaurants, Hello 123, where he talked about his experience with racism in politics, his plan for 2019, and his intense dedication to desserts.

In a little social media bit during the leadership race, you said, “I love cakes, I love donuts… I just want to eat every single item of sweet baked goods I can get my hands on. And ice cream.” Well, I don’t have ice cream, but here’s a waffle Hello 123 made for us.

This is literally my weakness.

Do you have any cavities?

Nope! My dental health is pretty good. I try to deny myself.

We haven’t heard a lot from you since you won the leadership last October. Where have you been?

Right off the bat we did a tour and criss-crossed the country. We did Quebec and B.C., the Atlantic provinces — so spent time in Halifax, St. John’s Nfld…

I can claim a couple of hometowns with some authenticity — St. John’s, Windsor, Ont., Scarborough, that’s where I was born.

Is this what you have to do after you win a leadership, and not a lot of people know who you are?

The first thing for me as a natural leader is to literally go and speak to people and hear their stories. In the Atlantic region I met young people talking about a housing crisis that I thought was only a Toronto and Vancouver issue. And I spent time on Vancouver Island in other places where I heard really sad stories of seniors who can’t actually pay for their prescriptions — they’re cutting their pills in half. I went to the downtown east side of Vancouver, I saw the opioid crisis at its worst, at ground zero. We should be supporting, caring for and helping people that are struggling with addictions, mental health and poverty instead of criminalizing them.

You also spent some time on your personal life — with a very public marital engagement. Congratulations . . . but why the embargoes, the cameras, the reporters, the whole bit?

Particularly as a politician, I feel like there’s an unwritten agreement I’ve signed that says part of my life has to be public. So my partner was really supportive and on board. She didn’t know what would happen in terms of the way it was going to roll out, but she knew something was going to happen that evening. 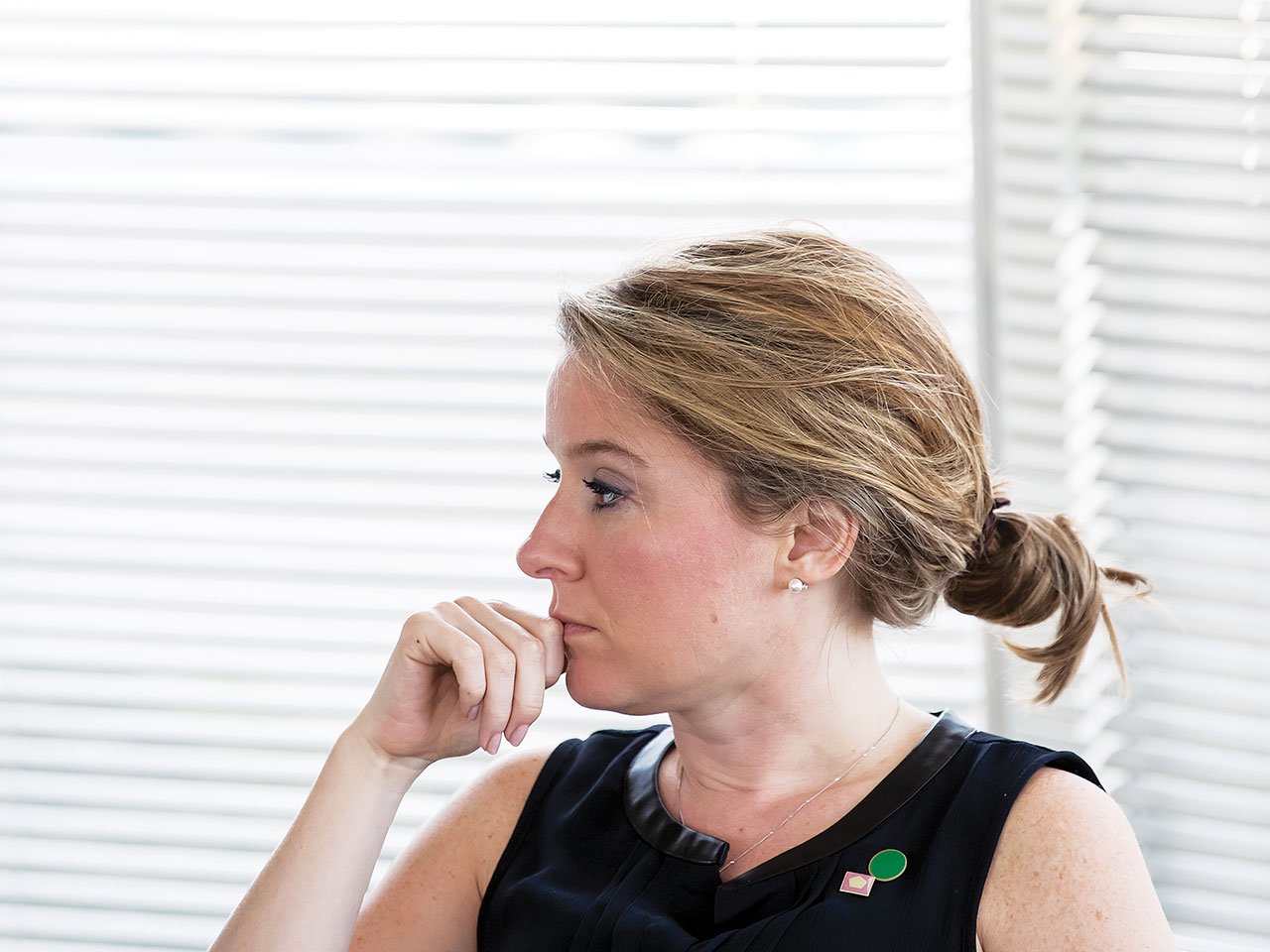 I wondered about the timing, since you don’t ususally see single guy leading a federal party. How much did that play into the decision to go for it?

I would not have planned it out this way. I was joking with someone about all the major milestones in my life being crammed into one year – it’s not the way I would’ve planned it. But you can’t control the way you feel about someone and I wanted to move ahead. We were talking like that before I decided to run.

Back at a “Jagmeet and Greet” session during your campaign, a woman interrupted and heckled you, and made some racist comments. You were lauded for handling that calmly. How do you blow off steam?

I remember someone asked me how I remained so calm and the way it was phrased, the question was ‘What did you do to prepare for that moment?’ I kind of felt offended at the suggestion.

The suggestion being that she was a plant?

Yeah, that I’d planned or trained for this moment. Then he said “Hasn’t your whole life been a training opportunity for this?” And I thought, there’s something true to that. I’ve been faced with people coming at me aggressively with lots of hate, many times. So I have actually had the opportunity to prepare for these types of moments. My mom taught me that we’re all connected, we’re all one. And that’s something I’ve been working on through my life, to see that shared humanity. That’s not something special about me, it’s just that I’m used to this type of confrontation.

But to blow off steam, what do you do?

I love Jujitsu and all martial arts. I started doing it because I needed to defend myself. As a kid I was getting picked on a lot, so my parents thought I’d not only get the skills to defend myself, but also some confidence and control. Then I fell in love with the training and the ability to push yourself to be better. But what I really love is cooking. It’s one of my [means of] relaxation, so late at night when I get home I’ll just cook. I love chopping — I find it really relaxing. My knife skills are pretty epic!

What did your mom cook for you growing up?

She makes an incredible banana bread.

Do you have those low moments in politics where you’re like “Mommm, I need some banana bread.”

I don’t know how moms do this, but when I’m hanging out with her, there’ll just be magically banana bread there, right when I need it.

Did she nudge you towards politics?

My mom’s a big part of it for sure, but there are so many people. My dad used to say “How does it make sense that people make law that benefit those who already have so much in their favour rather than laws that benefit people who need the help?” He put that bug in my mind. And the folks I was working with in law on anti-poverty measures got me thinking about it too. A lot of people were encouraging me but I wasn’t really feeling it…

You rejected the idea of politics at first?

Oh, yeah. It took me six months. A lot of persuasion from different people, different angles. As a lawyer, I was helping one person at a time — I didn’t feel like I was making enough of a social change. It came back to my brother, he’s the one who gave the big push, he was like “this is something you gotta do.”

If you were to highlight one injustice in Canada that is not getting the attention it deserves, what would it be?

It’s this whole concept of inequality. There are two different worlds in Canada right now: There are folks who are doing really, really well, and people who are saying, “the economy is supposedly doing well, but I can’t seem to make a good life for myself.” Oxfam put out a report last year of upper wealth generated and 82 percent of wealth generated last year went to the top one percent of wealthy folks. How is that right? I think that inequality, when it grows, what it does is it creates a society that’s less vibrant, less civically engaged, not as safe, not as inclusive – I think it hurts all of us.

Do you think Justin Trudeau’s decriminalization of pot is a good move?

I definitely have some issues. They announced very boldly that they’re going to legalize, but they didn’t actually announce that they were going to decriminalize. They didn’t announce that they were going to stop the prosecution of people for an offence which is going to be legal in a couple of months. That’s a big issue. And on top of that we should be asking, “why isn’t there an immediate path to pardons for people who’ve been convicted of a simple possession offence that precludes people from employment opportunities, education opportunities and even travel? Over something that’s going to be legal?” That’s what we should be talking about.

A few elections ago, Jack Layton got the NDP to opposition status with the “orange crush.” Then the Liberals crushed your orange crush. How, in 2019, do you plan to win back some of that ground you lost?

My strategy is really going to be putting people front and centre, hearing their stories…

Stories are great, but what about winning the right ridings, winning back Quebec…?

It’s like the electoral reform piece: People were starting to feel like, “I don’t feel like my voice is being reflected in Ottawa.” But instead of getting caught up in the academic discussion, I want people to think big: What would a system look like if it actually respected the voice of people, that made them feel like they had power? By doing that, you’re going to get more people into the movement, excited about the movement. And from there, the sky’s the limit.

Does your Instagram game have anything to do with your plan to draw more people into the movement?

Sure, it’s so people can feel that they can approach me – but approach me so that I can hear their stories, and then take their experiences and bring those to Ottawa, give them the attention they deserve.

What’s something Canadians would be surprised to learn about you?

I love surfing. I surf in Australia a lot, I’ve also surfed in Costa Rica, and my next goal is to surf in Tofino, because I’ve heard that’s the best surfing in Canada.

Stranger Things. I like the 80s, I like that it reminds me of my childhood, hanging out at Fast Eddie’s arcade in Windsor.

Hmmm… cycling is a important thing. But I have turned it into an extravagance – I have six bikes. A fold-up bike, a cargo bike – why I need a cargo bike, I don’t know, but I have one – a hipster fixie, two Dutch cruisers.

I thought you were going to say your bespoke suits.

Yeah, they’re an extravagance, but they’re also par for the course. I think they’re kinda like tools of the trade. I don’t need six bikes, but I do need my suits.