The Daughters of the Vote will be in Ottawa on International Women's Day. 'We're not doing this to have a tea party.'

This year’s International Women’s Day (March 8) is poised to be big. It’s riding the momentum of the massive, global Women’s March, and the election of U.S. President Donald Trump has put a spotlight on the issue of getting more women to run for office.

Luckily, Equal Voice Canada, an organization that works to boost women’s political participation, are all over it. Their “Daughters of the Vote” project is an ambitious, long-term play to cultivate a generation of young women ready to lead with the confidence and tools to get it done — at all levels of government. It’s coming at a symbolic moment: This year marks a century since the first federal election in which women got to vote. With Daughters of the Vote, Equal Voice hopes to set the stage for the next 100 years. Here’s a quick guide to this inspiring project:

What Daughters of the Vote is about
Delegates were recruited from across the country — 338 of them, to be exact, representing each of Canada’s federal ridings. Equal Voice combed through 1,500 candidates to land on their final group of young women aged 18-23, says the organization’s executive director, Nancy Peckford. “We asked [them] to tell us what issues they care about, how they see the future of leadership,” she says. “It was a very rigorous selection process.” 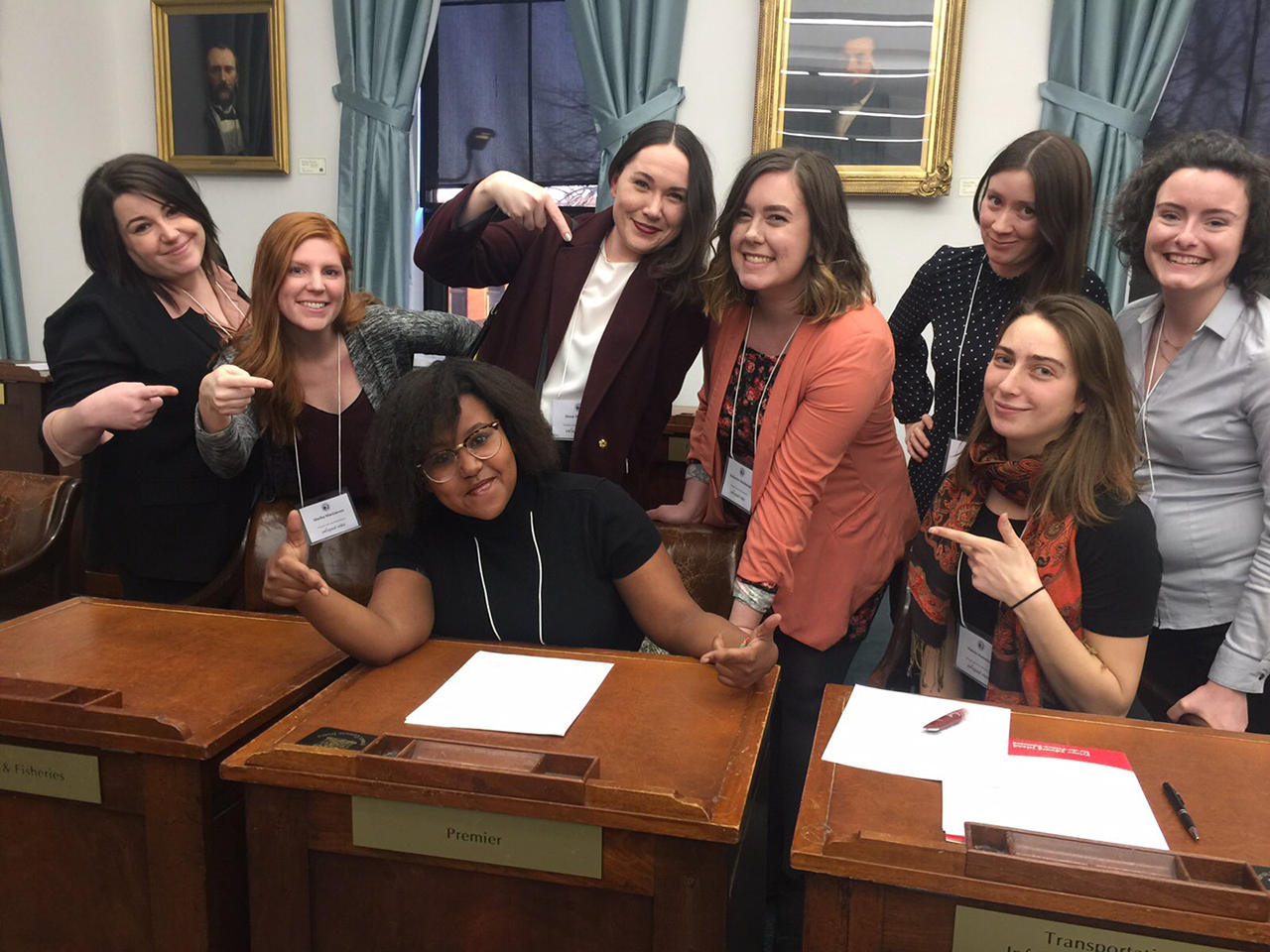 These bright young women are accomplished and passionate — about getting more young people jazzed about politics, about the environment and inequality, about mental health — and more than a quarter of the delegates are young indigenous women, Peckford says. After a year of events in communities and provincial legislatures across the province, they arrive in Ottawa this week for a National Leadership Forum, where they will be meeting political leaders, learning about policy and getting to know one another. On International Women’s Day, they’ll descend on Parliament Hill and (literally) take the seat of their member of parliament in the House of Commons in the time before Question Period (which they’ll watch from the balconies). Afterwards, there’s dinner with Status of Women Minister Maryam Monsef and more networking. They will round out the week learning how to sharpen their advocacy skills, participating in workshops and consulting with women who’ve run for office.

“We’re not doing this to have a tea party,” said Emma Fisher-Cobb, a delegate from Burlington, Ont. “We want to make change on issues that matter to women and girls.”

There will, however, be one young woman abstaining from the seating in the House of Commons. Arezoo Najibzadeh, the Daughters delegate from Newmarket-Aurora, has requested that her seat be left vacant to draw attention to the issue of sexual and gender-based violence. “It’s not enough for us to create social media campaigns or provide lip service to survivors of sexual violence,” Najibzadeh said in a press release issued Wednesday. “Our members of parliament and leaders need to actively participate in calling out rape culture and holding each other, and their supporters, accountable.” 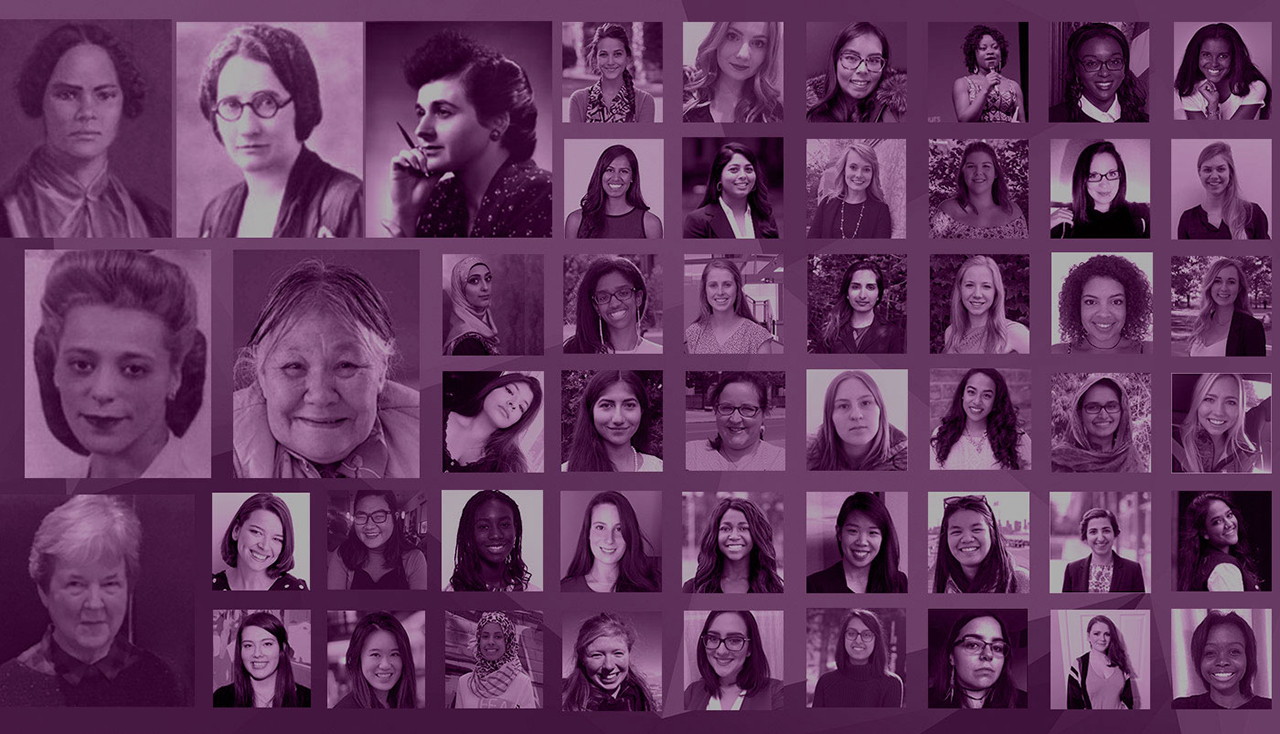 To the left, suffrage pioneers; to the right, delegates for Daughters of the Vote. Photo, Equal Voice Canada.

What it’s not about

Celebration. “We’re marking 100 years, but more importantly, we’re underscoring the incomplete journey of women’s full political participation for all women,” Peckford says. For a lot of women in Canada, the vote came later: Quebec was the straggler province and waited until 1940 to let women vote. Indigenous women on reserves only got the vote in 1960.

Why it’s so important

Yes, Justin Trudeau’s Liberals saw a record number of women MPs elected to Parliament in the 2015 federal election. But women still only represent 26 percent of seats in the House. In a new public opinion survey commissioned by Equal Voice and released Monday, Canadians overestimated that representation (they guessed 31 percent), but still 58 percent said there are “too many” or “the right number” of women in Ottawa right now. Among the barriers women face entering politics:  The online harassment they seem to get with greater frequency and ferocity than men; a lack of opportunity (they’re not being asked to run for office, Peckford says, and are less likely to be chosen to represent winnable ridings); and the persistent public perception that politics is too hostile an environment for women (30 percent of respondents in the survey thought this was why more women weren’t in office). A culture shift is necessary, Peckford says. “[Political] party leadership is so key, but you also need women rallying around these women.” Women are more likely to run if they feel supported in doing so, she says.

What they’re listening to

If you’re curious, the playlist is on Spotify: