In 1993, Hedy Fry became the first rookie politician to ever defeat a sitting Prime Minister. Chatelaine talked to her about what has changed—and what hasn’t—after 26 years in office 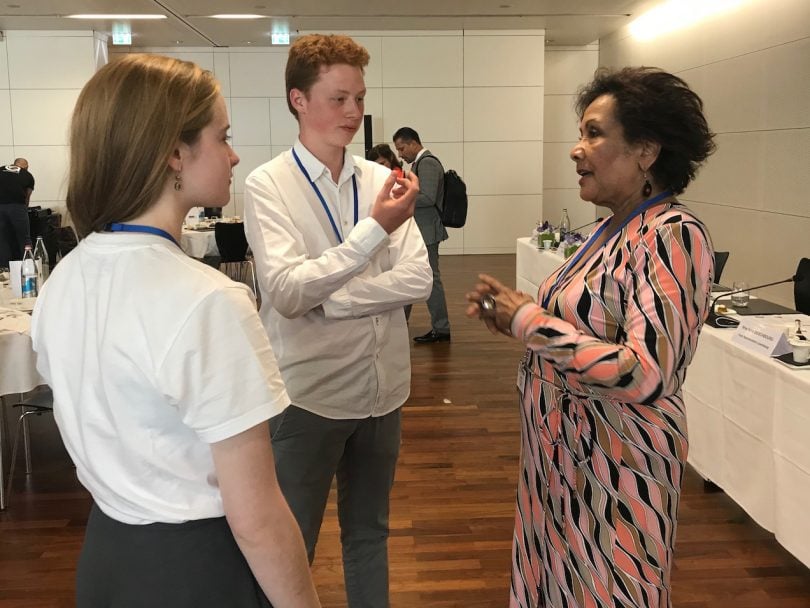 Hedy Fry, who has won eight consecutive elections in the constituency of Vancouver Centre, is now starting her ninth election campaign—she’s the longest-serving female MP in Canadian history. Here, she talks to Chatelaine about stereotypes, the #MeToo movement and standing up for what’s right.

As the longest standing female MP, 25 years now, I imagine you’ve weathered more storms than anyone in Ottawa. How have things changed for female politicians over the last quarter century?

The change I have seen is that back in 1993, we started to move women in the public service up the ladder within government and federal government. And I now see so many women who have gone up the chain over the last 25 years. They are now ambassadors and heads of departments and Deputy Ministers and are now very involved in foreign affairs and in all matter of work in the highest echelons of the public service. So that worked. We brought diversity into the institution.

Can I ask you about your own experience: What was it like to be a woman of colour in a field that was so dominated by white men—and still is?

When I say this, people say I’m walking away from the problem, but I never felt I was a woman of colour under Chrétien or in cabinet, or when I went out on the street and knocked on doors. Nobody seemed to care. Don’t forget, in 1993, I defeated a blonde, blue-eyed, eighth-generation Canadian [Kim Campbell]. But, then again, I may have been lucky because I was well known nationally in the Canadian Medical Association. People probably didn’t see me as anybody other than Dr. Hedy Fry. However, when I became Minister for Multiculturalism, Status of Women and Human Rights, I saw that indeed that is not the reality for many Canadian women.

In cabinet itself, I never felt my colour was an issue, and I never felt that being a woman was an issue because all the women in there were mouthy. We were mouthy! We would never sit back and listen. We had Lucienne Robillard, we had Maria Minna, we had me, we had Shelia Copps. Mouthy, mouthy women. Our boss got hell from us all the time. We had an opportunity to make a difference and we took it.

We spoke up; we were not yes people. Mr. Chretien didn’t go to war in Iraq, but we were ready to say, “We’re going to stand up and vote against you.” The women were mouthy and we were feisty and even the parliamentary secretaries were pushy. We felt that as women we had been given this opportunity, and my God, we were not going to let it go by. It was great.

What changes would you like to see for women in politics?

When we were in government under Chrétien, a lot of divorces occurred. I remember one of my colleagues going home on the weekends, and her husband was great. I mean he looked after the kids, he supported her every step of the way. But now and then as her girls were growing up, she would say things like, “Should you really be wearing that?” And they would say, “Don’t tell us what to do. You’re not our boss.” She had a lot of trouble watching her kids become adults. It used to hurt because she was never home and, when you go home on that weekend, you are running around like a chicken with your head cut off, doing events in the riding, meeting with constituents every night. A lot of families broke up and a lot of women watched their children act out.

The only way to change that is to be present more. And we’ve got technology that can allow that to happen.

Politics seems a lot more partisan than it has been in the past. What do you think it would take to change that?

Today, a lot of people are coming into politics who have had no life experiences and career experiences in the real world. People who were born, grew up, finished their degree, came and worked for an MP and stayed and became MPs themselves. They’ve been working for the same firm all the time. They’ve never had another life experience. And so they get to be very partisan, very angry all the time. That sort of anger taps into some of the disillusionment that people feel about their politicians. It’s a meanness. There is a personal meanness that I don’t like. Yes, we can disagree on policy, and we can pull out all the stops when we’re debating or arguing. But we shoot at the person and not at what they’re saying. We’re not disagreeing with their policy and having good arguments for why we think their policy won’t work.

And I’m sorry, but I don’t suggest for one minute that women are going to make that any different. If we really want to change politics, we’re going to have to not just assume women are normally and naturally kinder and gentler. We can’t do that kind of stereotyping. 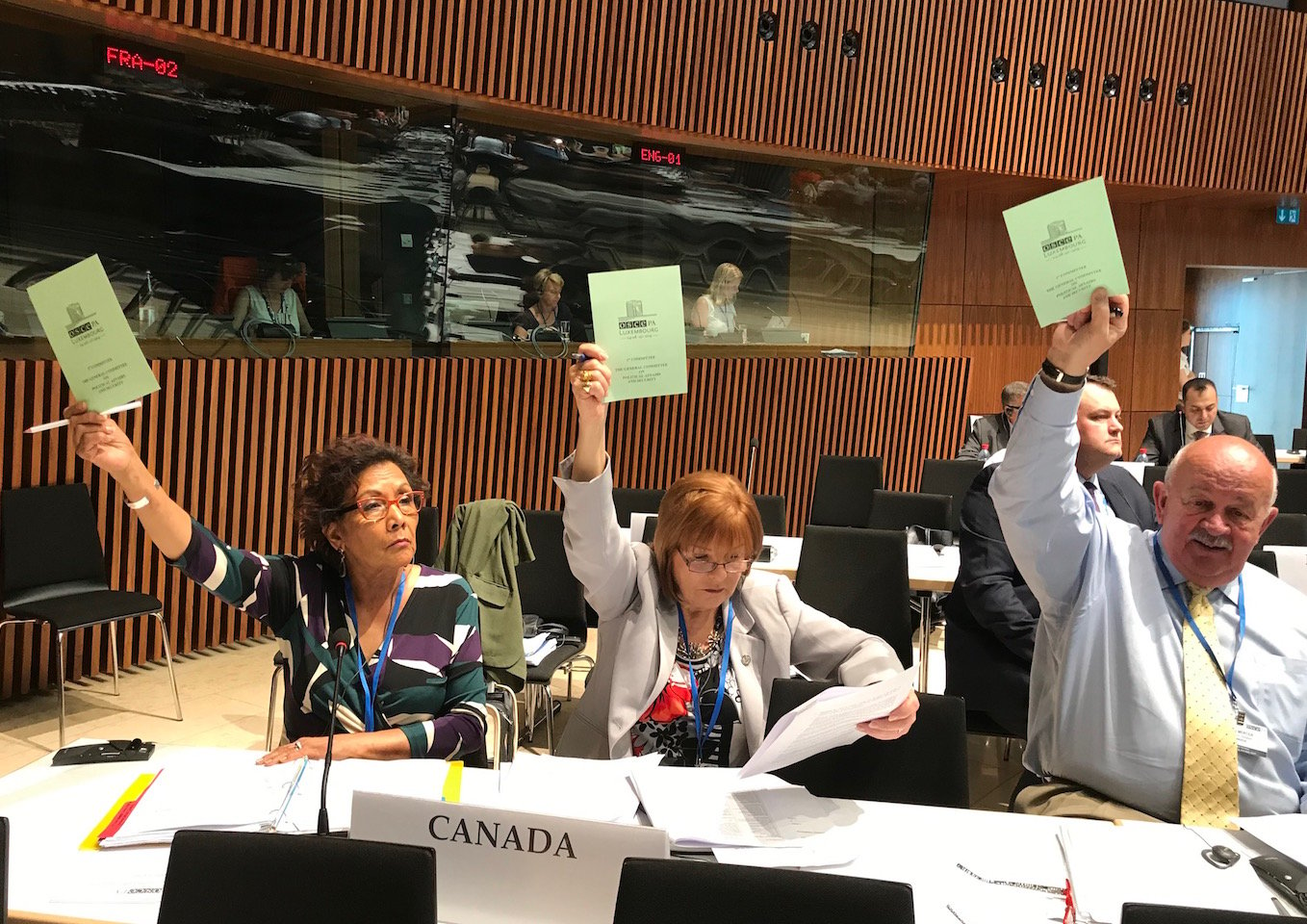 The conversation around women’s issues has changed quite a bit since the last election. The #MeToo movement happened, for example, and every leader running this fall has made a claim to feminism. How do you think this feminist movement has reshaped the political landscape?

It has reshaped the political landscape in good ways and in negative ways.

Everybody calls himself a feminist now, but do they behave like feminists? When you have people who are “feminists” going off and denying a woman the right to choose what to do with their own body? And going to rallies to support that? That’s a feminist? When you have people suggesting that childcare is not useful, that’s not feminist. When you say women should not be allowed to go out in the workplace, that’s not feminist.

You can call yourself whatever you want. I can stand up here right now and tell you that I am a disabled lesbian, blonde, blue-eyed Scot. That doesn’t make me one. So, I think that is one of the negatives of that’s happened.

We need to be aware of how we can become an inclusive society, which means opportunity for all people. We need to remember that clearly, and watch out for the slippery slope, the downside, the negativity. Feminism is about believing in the equal rights of women. To be treated like human beings. And to be able to give an equal opportunity to prove that they can be whatever they have an ability to do and give them the opportunity to show that. That’s really what feminism is.

What advice would you offer to the next generation of female politicians?

I’m hoping that the next generation of female politicians will run for politics for the same reason that a lot of other women and men ran: because we’re really passionate, because we believe we have an opportunity to change the lives of our fellow citizens and the people around the world who are vulnerable. We have an opportunity to do a remarkable thing that nobody else has.

I remember when I was asked to run by Jean Chrétien in 1992, he said to me “Politics is a noble calling. We have an opportunity to make a difference in the lives of people, to change it for the better. That’s what good government is about. That’s what politics is about.” I said no, of course. And the third time I said yes. I took a hit. I lost two-thirds of my salary when I first ran in 1993. As a physician I was making six very strong figures, and I went down to making $65K with a $21K tax-free expense account. 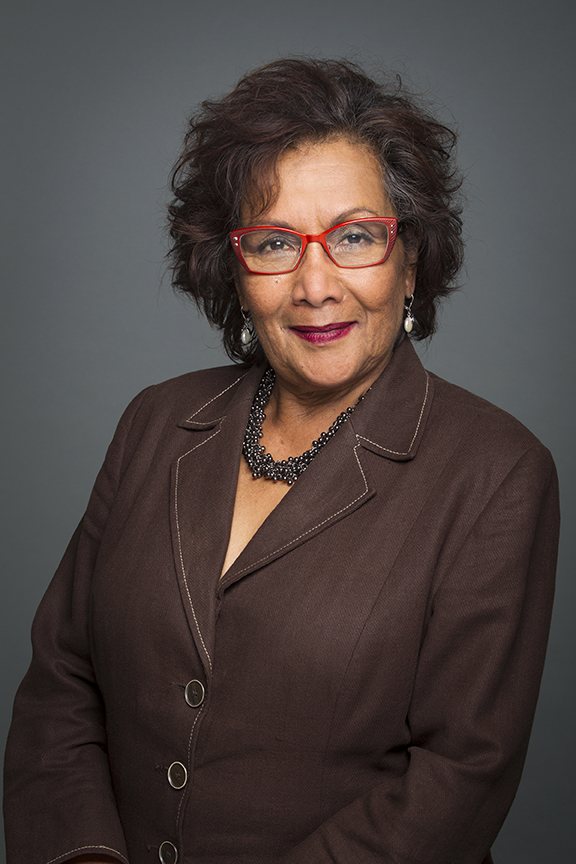 Do you have any regrets?

I still miss practicing medicine very much, and I miss delivering babies very much, which I did a lot. I delivered 800 of them. I miss it. It’s a personal relationship, one-on-one, with a patient going through the joys and sorrows and all of the things within their life, which you become a part of. That is a privilege I miss, but as an MP I can influence larger numbers of things in larger quantities than I did one-on-one with my patients.