Yes. But maybe not in the way you think. 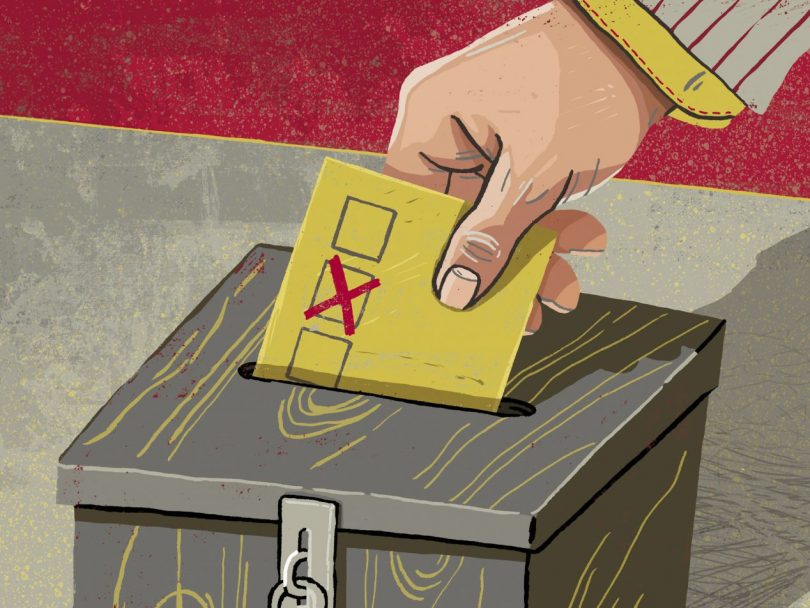 Canada’s election season is in full swing. But as you consider who will get your vote come October 21, are you also thinking about the threat of potential foreign interference? Because you probably should be. Given the Russian hacks faced by our neighbours to the south during their democratic process, it’s fair to wonder if we face a similar threat—and what’s being done about it. Here’s what you should know.

I didn’t worry about hackers during the 2015 election. When did this become a concern?

The most prominent example of foreign interference was during the 2016 U.S. presidential election, when emails from the Democratic National Committee and Hillary Clinton’s campaign chairman, John Podesta, were allegedly hacked by Russian agents. The emails were then released on WikiLeaks and are widely considered one of the reasons Clinton’s bid for presidency was unsuccessful.

And U.S. intelligence says it goes beyond that; last year, they published a report alleging Russia had not just hacked emails and servers, but also carried out an “influence campaign” meant to undermine the U.S. electoral process. This campaign featured the work of Russian government agencies, state-funded media, third-party intermediaries and paid social media users or online “trolls.”

It wasn’t just the U.S. who experienced hacking, of course. According to Anna Esselment, associate professor of political science at the University of Waterloo, incidents of interference have increased in democratic elections in Europe and around the world over the past few years. This includes the Brexit referendum in 2016 and both the German and French elections in 2017.

Why would Russia want to interfere in a Western election, anyway?

In a word: power. Esselment says extreme polarization makes it very hard for a society to function. When a foreign power creates what seems like examples of democracy failing, it implicitly legitimizes their own political systems. And by creating societies that more closely mirror their own, it’s easier for them to gain influence and, by extension, global power.

What’s the threat to Canada this upcoming election?

Canadian elections still use paper ballots to cast votes, so the threat of tampering with results is not as grave as with other countries. “The paper-based [system] is pretty impregnable to foreign interference,” says Wesley Wark, adjunct professor at the University of Ottawa’s Centre on Public Management and Policy. “It might sound archaic but [from] a cyber security perspective, it’s a perfect way to do it.”

Instead, he says, the most significant concern is efforts by foreign actors to undermine the democratic system. Canada’s chief electoral officer echoed this thought in an interview with Reuters. “If there is an interest in interfering, it’s most likely to be to deflate the interest in voting, undermine democracy, and undermine trust in the election rather than undermine the particular results,” Stéphane Perrault told the news agency in June.

So, if there is foul play, what will that look like?

Esselment cautions voters to be aware that any influence will likely happen on social media. “We do need to be concerned about disinformation that makes us question parliament, political parties and fellow Canadians who put themselves forward to be on a ballot.” Now, that’s not to say a negative ad about a political opponent is foul play—but it is when social media posts are designed to make voters think the entire democratic process is pointless.

Information manipulation is a tactic used to sow discord amongst the public to polarize and make citizens question democratic institutions. The Mueller Report, the official report on Russian interference in the 2016 U.S. election, conducted by special counsel Robert Mueller, gives one recent example: A Russian propaganda group called Internet Research Agency created fake accounts online and posted divisive content on topics like Black Lives Matter and gun control. They bought political ads on behalf of these fake groups and pushed anti-Clinton messages to their followers.

And remember, even the most savvy among us could fall susceptible to these trolls—after all, someone spent a lot of money to make them believable.

What are Elections Canada and other organizations doing about this?

While Elections Canada is an independent agency responsible for managing the nation’s federal elections and referendums, part of delivering a secure election means collaborating with federal organizations that contribute to election security.

Communications Security Establishment (CSE), Canadian Security Intelligence Service (CSIS), the RCMP, and Global Affairs Canada are some of the government agencies that meet regularly to share information and discuss roles, responsibilities and protocols under potential scenarios. This includes advising political parties on securing their electronic platforms and providing a greater degree of public education on the nature of the threat.

There have also been several additional measures put in place since the 2015 election, according to an Elections Canada spokesperson. This includes strengthening IT infrastructure and introducing 24/7 monitoring of their systems—as well as training employees on ways to safeguard information and avoid online threats. A team has been set up to monitor social media and correct disinformation pertaining to the election.

The government of Canada additionally unveiled a plan in January to protect the electoral process that includes preparing citizens for potential disinformation, improving organizational readiness and combatting foreign interference.

What can voters do ahead of election day?

Esselment encourages voters to have more offline conversations with people. Talk to your candidates and get information directly from them. Go to town hall debates and don’t rely exclusively on information online. If you do go online, take anything you read with a grain of salt. Have news sources you trust that don’t exclusively come to you through your Facebook feeds.

And of course, vote. The more Canadians do to engage and pay attention, the more they’re aware of any potential threats, Esselment says.

Wark advises citizens to be conscious of possible threats and really listen for any indicators from government regarding election interference.

“Citizens have to be good judges about what distinguishes truth from falsehood,” he says.